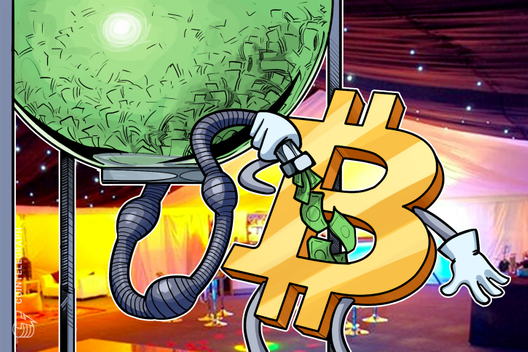 Bitcoin (BTC) really does function as a safe haven asset in 2019, another source has told mainstream media as the United States-China trade war rages.

“There is a flight of capital to safe-haven assets across the board, which now includes Bitcoin,” he told the publication.

“Throughout the last few years, we have been seeing the trend of Bitcoin increasingly becoming fundamentally correlated to more macro moves as increased economic uncertainty in the world increases.”

Bitcoin as a hedge against inflation

As Cointelegraph reported, Reinertsen is far from alone in his hypothesis. The latest dispute involving China, which saw the U.S. government brand Beijing a currency manipulator, appeared to fuel a fresh upturn in the Bitcoin price this week.

Thereafter, investors were happy to go on record about the cryptocurrency’s appeal as a hedge against volatility in fiat markets.

“It’s been an amazing run, it’s fantastic technology; some people are using it as a way to hedge against inflation,” the CEO of consultancy firm Agecroft Partners, Don Steinbrugge, told CNBC on Tuesday.

Reinertsen likewise pointed to China’s deliberate devaluation of the yuan to an 11-year low against the dollar as a factor driving money into Bitcoin.

“I think the broader theme of, you know, Bitcoin specifically, crypto more broadly participating in these global macro forces is becoming more and more clear,” he said.