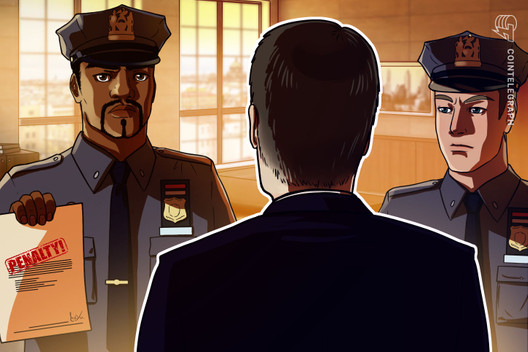 Blockchain entrepreneur Alex Tapscott is paying a $148,000 fine and will lead ethics seminars at three Canadian business schools per his settlement agreement with the Ontario Securities Commission (OSC), according to a report by The Globe and Mail on May 13.

Tapscott, the CEO of blockchain firm NextBlock Global Limited initially filed for a public settlement hearing with the OSC on May 9.

The OSC had previously accused NextBlock and Tapscott of misleading investors when he collected a reported $20 million from 113 investors. The regulators alleged that Tapscott lied to investors by presenting them with a slide deck of supposed advisors who were not actually associated with the corporation.

The purported advisors to the company included such well-known figures in the blockchain and cryptocurrency spaces as Kathryn Haun, Vinny Lingham, Vitalik Buterin and Karen Gifford.

The scandal was exposed in 2017, when Forbes reached out to the aforementioned individuals, who subsequently denied their involvement.

Tapscott’s lectures will be held over the course of the following 18 months, and will reportedly cover the same topics about which he will write in an open letter to be released within the week.

The Globe and Mail also notes that Tapscott is not temporarily banned from leadership in a company, as is common procedure in the agreements reached in such settlements.

Bakkt to Roll Out First Bitcoin Futures Testing in July 2019