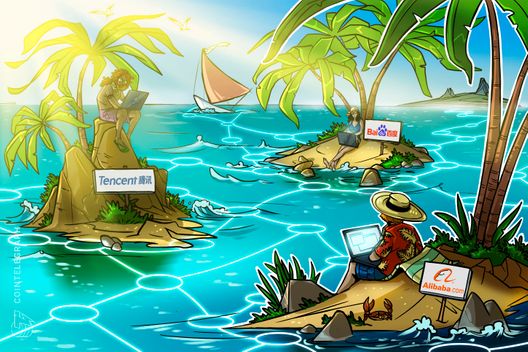 China’s cyberspace administration has released the first list — 197 companies long — of registered blockchain service providers, according to their March 30 notice.

Chinese initiatives by internet giants such as Baidu Blockchain Engine, Alibaba Cloud Blockchain-as-a-Service (BaaS), Tencent BaaS (TBaaS) and the BaaS platform owned by e-commerce giant JD.com appear on the list. Financial institutions such as the China Zheshang Bank and Ping An Insurance Company are also included.

Some less-known companies such as blockchain-enabled supply chain management service VeChain and parcel delivery service ParcelX are present on the list as well. The article also notes that no institution or individual is permitted to use blockchain for any commercial purpose.

The Chinese cyberspace administration will reportedly search for other services that should register and “relevant institutions and individuals who have not fulfilled the filing procedures should apply for filing as soon as possible.”

As Cointelegraph reported earlier this week, China is reportedly leading the world in the number of blockchain projects currently underway in the country.

In October last year, Alibaba Cloud, the cloud computing arm of China’s Alibaba Group, announced that it is enhancing its BaaS offering outside China.