Monday, Oct. 29: Crypto markets are seeing the first momentum in a while after a period of marked stability: virtually all of the major cryptocurrencies are in the red today, with some seeing losses of between a 4-6 percent range, as Coin360 data shows. 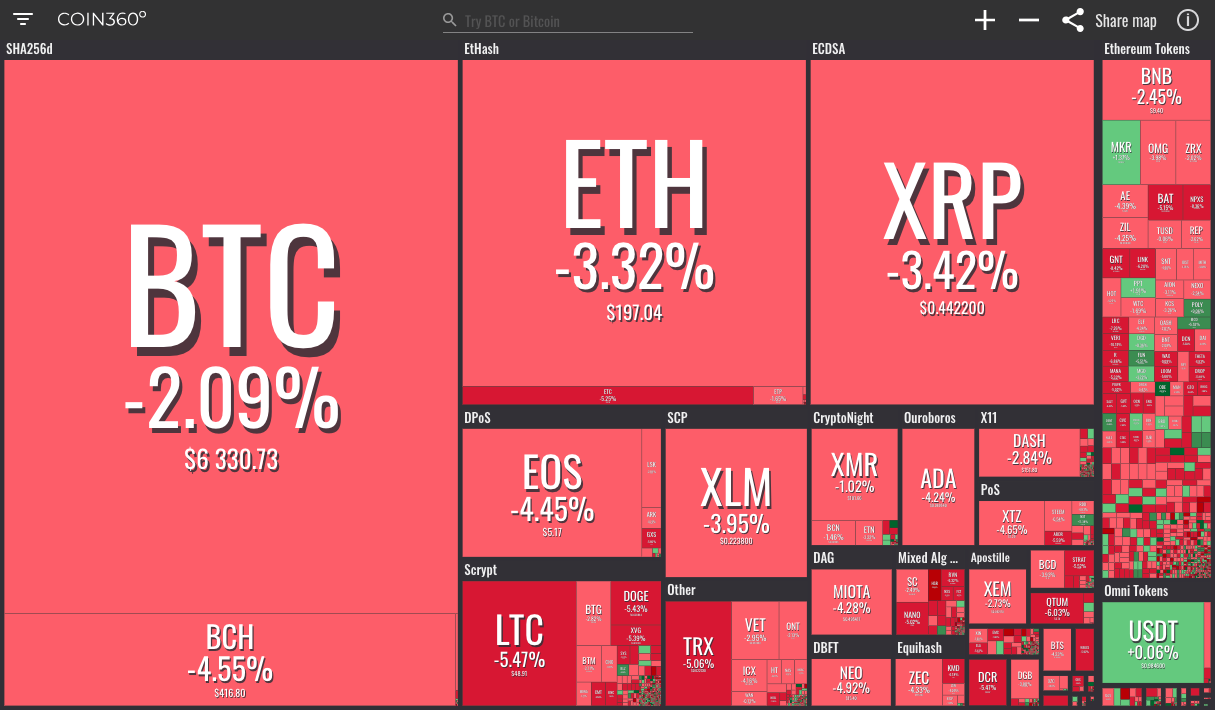 Bitcoin (BTC) is trading at $6,352 at press time, seeing an almost 2 percent loss on the day according to CoinMarketCap. Having traded sideways throughout the week, the top coin today saw a vertiginous price drop, plummeting from its $6,480 trading range down to around $6,350 in the couple of hours before press time.

Earlier this month, Bitcoin had achieved a 17-month low volatility rate, recording its highest level of stability since mid-2017: the trend had continued over recent weeks, excepting one short-lived spike on Oct. 15.

As the market returns to its “normal” momentum, Adamant Capital founder Tuur Demeester has today quipped on Twitter, “is there a way to go long Bitcoin volatility? I would if I could.”

On the week, the crypto is now around 2.7 percent in the red: monthly losses are at around 3.4 percent. 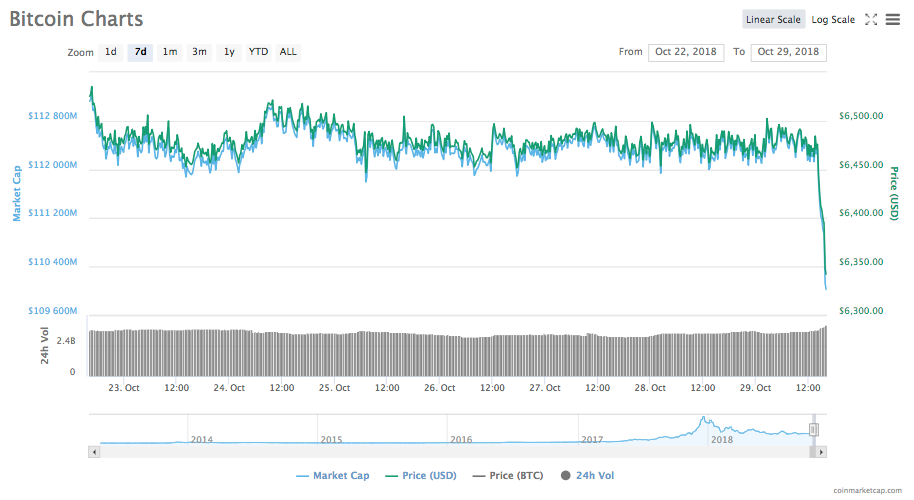 Having seen similarly stable trading patterns, Ethereum (ETH) has today also been jolted by negative momentum, sliding steeply down 3 percent on the day to trade around $198, according to CoinMarketCap. Over the past week, the leading altcoin has also been trading sideways, showing only marginally more fluctuations than Bitcoin over the same time frame.

This brings Ethereum to a 3.8 percent loss on its weekly chart; monthly losses are a much starker 14.8 percent. 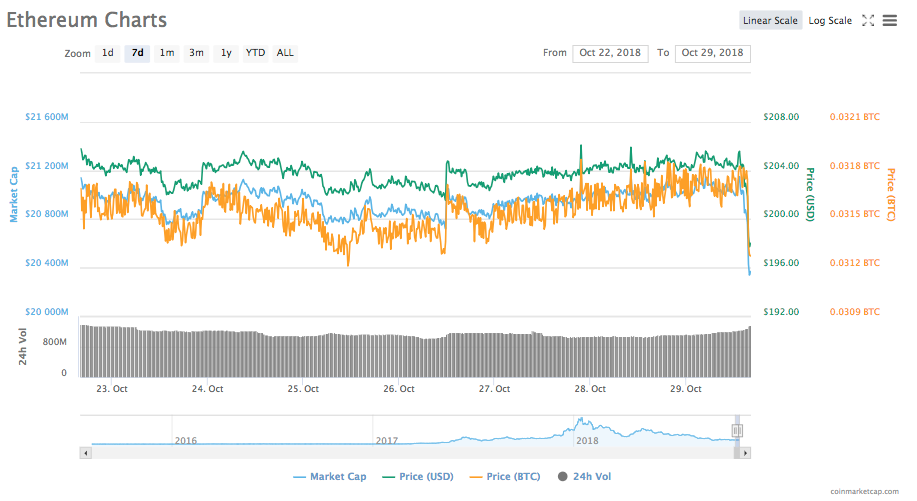 All of the remaining top ten coins on CoinMarketCap are in the red, except for stablecoin Tether (USDT), which is trading stably again.

In the context of the top twenty coins, the market picture is similarly bleak, with all assets seeing losses of within a 1-5 percent range. Anonymity-oriented alt Monero (XMR) is the least scathed, losing 1.1 percent over a 24 hour period to trade at around $101.43.

Total market capitalization of all cryptocurrencies has slid to around $203.6 billion as of press time. Since its interweek peak at $211.1 billion Oct. 24., the market had held around or just below the $210 billion mark for much of the week before today’s tumble.

Meanwhile, the operator of Japanese crypto exchange Coincheck, which suffered an industry record-breaking hack this January, has revealed the exchange saw a 66 percent decline in revenue for Q3 2018.