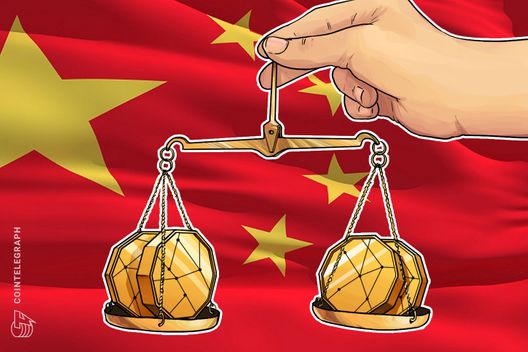 China has released its latest government-sponsored rankings of major cryptocurrencies, placing Bitcoin (BTC) in 15th, while EOS keeps its top spot. The rankings were released in a press release on Jan. 24.

The crypto rankings by China’s Center for Information and Industry Development (CCID) were first announced in May last year. In this ninth edition of the index, EOS keeps its place as the top-ranked blockchain, which has been occupied by the platform since June 2018.

The ninth CCID Global Public Chain Technology Evaluation Index, the first index released by the institute in 2019, places EOS first in the ranking again. The last such index, which was released in December of last year, also placed EOS in first place.

As Cointelegraph reported in November last year, EOS found itself in the middle of a controversy again when its governance model was exposed by evidence suggesting that some confirmed transactions were reversed.

As Cointelegraph recently reported, Ripple (XRP) — which is in the 20th place in this ranking — launched a blockchain research scholarship in partnership with a major Chinese research university last week.

Apple Co-Founder Steve Wozniak Declares He Sold All His BTC Holdings at $20,000 Peak

How Countries Have Been Classifying Crypto Across the World