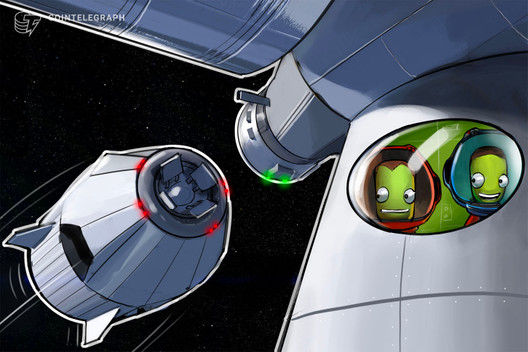 Bakkt has seen resistance from the United States Commodity Futures Trading Commission (CFTC) to approve its bitcoin futures because of its intentions to custody user’s assets. Bloomberg quotes anonymous sources familiar with the situation, stating that to ease the concerns of the regulator, the company is considering acquiring a license from New York financial regulators.

The CFTC recognizes state bank and trust licenses and could potentially allow the listing of futures if Bakkt obtained a crypto custody license from the New York Department of Financial Services. While the license would reportedly permit the company to hold custody of customers’ crypto assets itself, Bakkt would still need a permit from the CFTC on the broader project.

The bitcoin (BTC) futures which the company is trying to launch are different from those offered by the Chicago Mercantile Exchange and the Chicago Board Options Exchange. The difference is that Bakkt contracts, after they expired, would pay out in bitcoin rather than dollars, thus granting a regulated way to obtain the coins.

Furthermore, the platform would also facilitate the use of bitcoin for payments by providing to businesses an easy way to convert BTC to U.S. dollars.

As Cointelegraph reported in March, a CFTC commissioner revealed that the regulator is actively working to approve multiple crypto-related applications, including for bitcoin futures from institutional trading platform Bakkt.