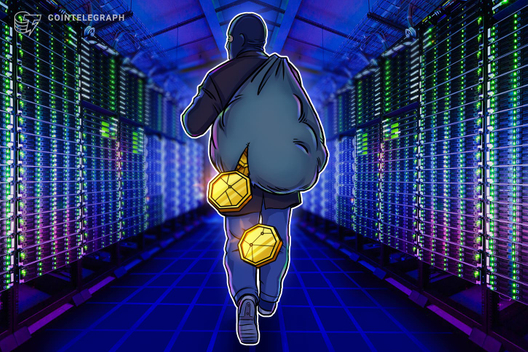 Polish cryptocurrency exchange Coinroom has reportedly shut down its operations and disappeared with customer funds, local business news outlet money.pl reported on May 31.

Money.pl received an email from one of its readers, who stated that Coinroom —  which was registered in 2016 — ceased operations overnight and disappeared with customers’ money in April. Some users say they had up to 60,000 zloty (around $15,790) in their accounts.

Before ceasing its operations, Coinroom reportedly sent emails to its customers, containing information about contract terminations. Coiroom customers had only one day to withdraw their money, which was in accordance with Coinroom regulations signed by users. However, customers reportedly claim that some of them got only part of the money, while most of them did not receive their funds back at all.

One of the exchange’s customers told money.pl that he had lost 2.005 bitcoins (BTC) (nearly $15,000 at press time). Another user stated that “on the second day after sending the e-mail I went to the Coinroom headquarters. The lady at the reception did not want to let me in, she claimed that nobody was in the office. Instead, she called someone from the company. I was asked to leave my details. Nobody contacted me.”

Spokesman for the District Prosecutor’s Office in Warsaw, Łukasz Łapczyński revealed that the office had initiated proceedings against Coinroom in connection with unauthorized activities providing payment services that intermediates in the exchange of cryptocurrencies. The office is also reportedly identifying other possible victims.

CoinMarketCap’s cryptocurrency exchange index shows that Coinroom has terminated its activities. The firm’s Twitter page has also seemingly been deleted.

As reported in mid-May, blockchain startups RepuX and JoyToken reportedly pulled a joint initial coin offering (ICO) exit scam. The companies reportedly ran their ICO promotions during March and April of 2018, and got away with $4.7 million and $3.3 million, respectively.