Sunday, Dec. 30 — most of the top 20 cryptocurrencies are seeing discreet losses while a few report discreet gains. Bitcoin’s (BTC) price is under $3,900 again, according to Coin360 data. 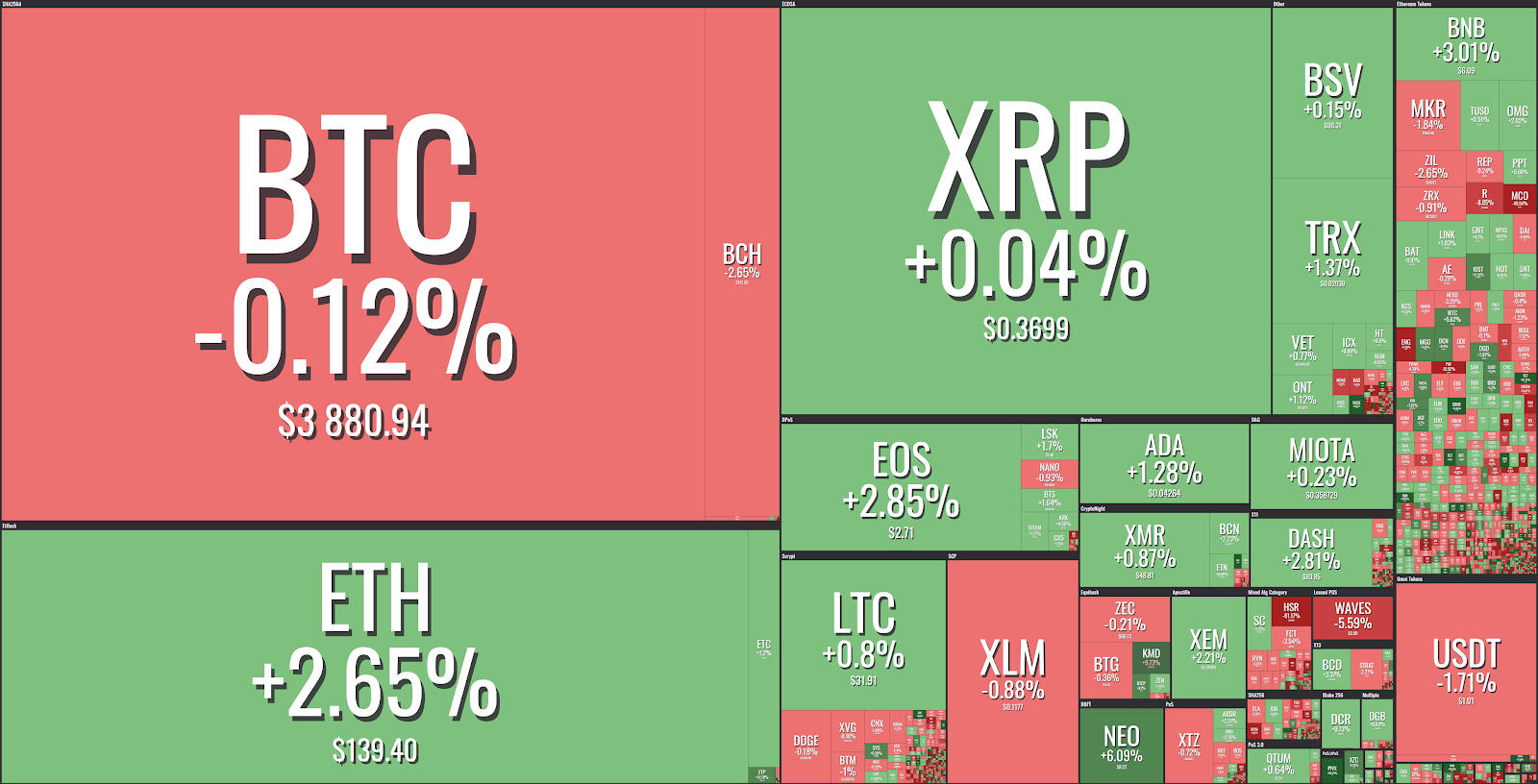 Ripple (XRP) — the second largest cryptocurrency by market capitalization — remained relatively stable on the day, trading at about $0.399 as of press time.

Ethereum (ETH) remains the third-largest cryptocurrency by market cap, but the divide between Ripple and ETH is decreasing. Ethereum’s market cap is currently $14.380 million, while Ripple’s is $14.936 million.

Ethereum has seen over a 2 percent of increase of value over the last 24 hours. At press time, ETH is trading at around $139, having started the day at $136. On the weekly chart, the current price is higher than $129 — which was the value of ETH on last Sunday — but also lower than the Monday high of $157.

Among the top 20 cryptocurrencies, the only ones reporting gains — other than Ethereum — are EOS and Dash (nearly 3 percent), Cardano (1 percent), and NEM (up three quarters of a percent). The biggest gainer of the day is NEO, which is up nearly three and a half percent at press time.

As Cointelegraph recently reported, graphics processing unit (GPU) producer Nvidia is facing a class action lawsuit over the losses reported after the cryptocurrency market downturn diminished demand for GPUs by miners. After the mining crash, the company’s stock price lose 54% of its value and became the worst S&P 500 performer.

As well, leading mining ASIC producer Bitmain is reportedly planning to lay off over 500 of its employees and cease its mining operation, as the company’s CEOs were reported in Chinese media as allegedly set to resign.