Sunday, May 26 — most of the top 20 cryptocurrencies are reporting moderate losses on the day by press time, as bitcoin (BTC) falls under the $8,000 mark again. 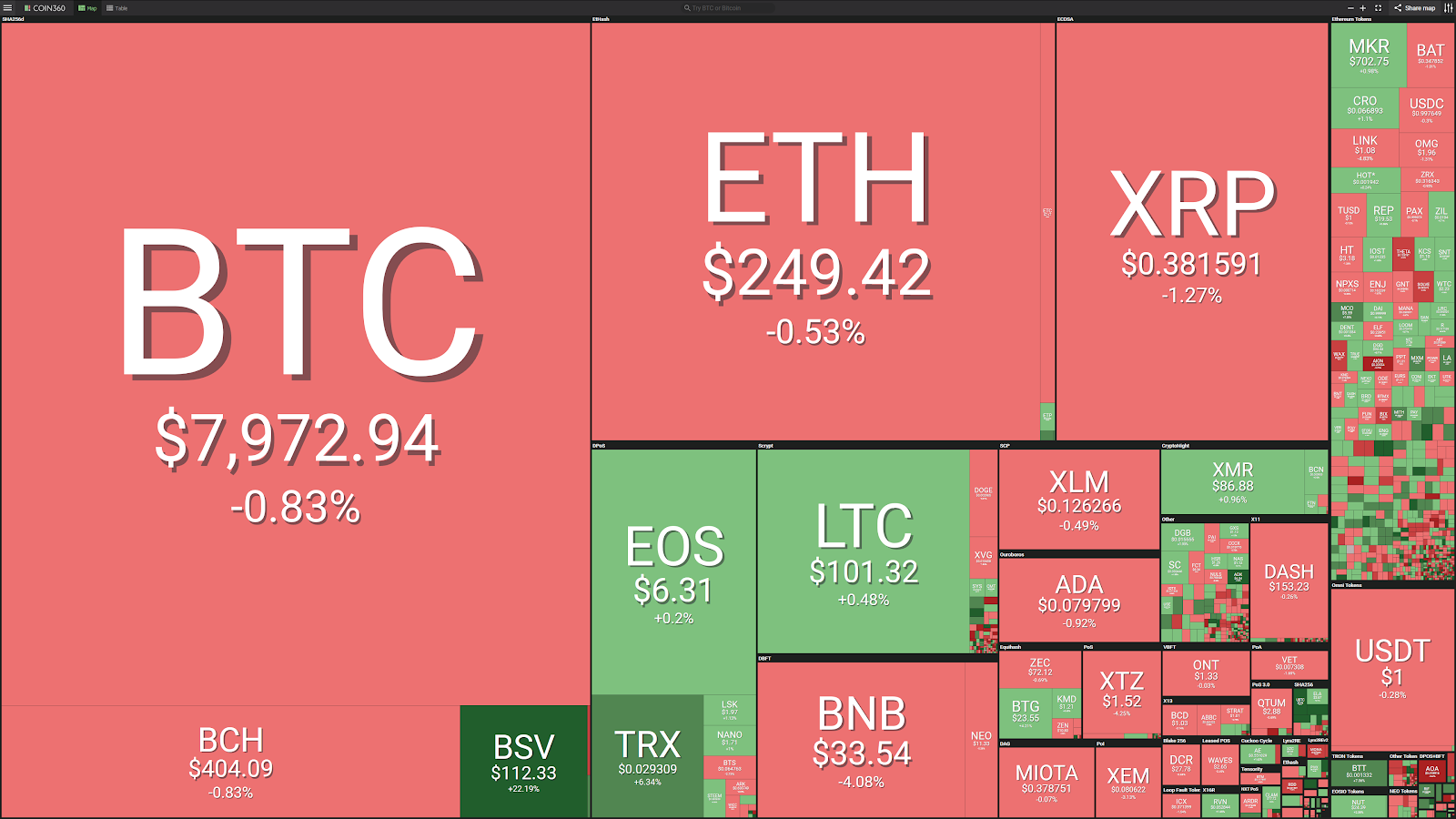 Bitcoin is down less than one percent on the day, trading at $7,990 at press time, according to CoinMarketCap. Looking at its weekly chart, the coin has seen almost no net change, up about a fraction of a percent.

Ether (ETH) is holding onto its position as the largest altcoin by market cap, which currently stands at $26.5 billion. The second-largest altcoin, XRP, has a market cap of $16.2 billion at press time.

CoinMarketCap data shows that ETH is down a little over half a percent over the last 24 hours. At press time, ETH is trading around $250. On the week, the coin has also seen its value decrease by about two percent.

Ripple’s XRP is just under one percent down over the last 24 hours and is currently trading at around $0.384. On the week, the coin is down a more notable 5%.

Among the top 20 cryptocurrencies, the one reporting most notable price action is bitcoin SV (BSV), which is over 17% up at press time.

At press time, the total market capitalization of all cryptocurrencies is $249.1 billion, about the same value it reported a week ago.

As Cointelegraph reported earlier today, following its hard fork on May 15, bitcoin cash (BCH) appears to have experienced a two-block chain reorganization resulting in a 3,392 BCH (about $1.35 million at press time) double spend.