Copyright Registrations Do Not Recognize Craig Wright as Satoshi Nakamoto

Although self-proclaimed Satoshi Nakamoto Craig Wright, an Australian computer scientist, filed United States copyright registrations for the bitcoin white paper and the bitcoin (BTC) source code, that does not mean that the U.S. Copyright Office recognized Wright as Nakamoto. A spokesperson for Wright had told the Financial Times (FT) this week that the office was the first government agency to recognize Wright as the creator of the leading digital currency, a claim that has been met with skepticism by the cryptocurrency community. However, the office told the FT that it does not investigate whether there is a connection between a claimant and a pseudonymous author, and that registering the source code does not protect the intellectual property of bitcoin as an invention.

Cryptocurrency research firm Diar reported this week that the market capitalization for USD stablecoins has hit all-time highs, exceeding $4 billion. The data shows specifically that stablecoins have a market cap of around $4.3 billion, revealing a surge in USD stablecoin trading volumes in regard to the USDC’s 130% uptick between April and May, as well as TrustToken’s TrueUSD $3.8 billion in volume in May. Controversial stablecoin tether still remains in the lead, the report notes, with trading volumes this year to date exceeding $1.3 trillion — already $200 million higher than the whole of 2018. However, Diar additionally states in the report that the overall broad use case of stablecoins has been slow to gain traction.

Stablecoin issuer Tether said this week in a court filing that it had invested some of its reserves in BTC. According to the documents, an attorney for Tether’s associated firm Bitfinex stated that Tether had invested “a small amount” of Tether’s reserves into bitcoin, specifying that “prior to the April 24th order […] Tether actually did invest in instruments beyond cash and cash equivalents, including bitcoin,” and adding that Tether made “other investments, including purchasing other assets.” As a response to the admission, the judge in charge of the ongoing investigation into whether Bitfinex secretly used Tether reserves to cover a $850 million loss doubted the logic of investing a stablecoin in a volatile asset like bitcoin. 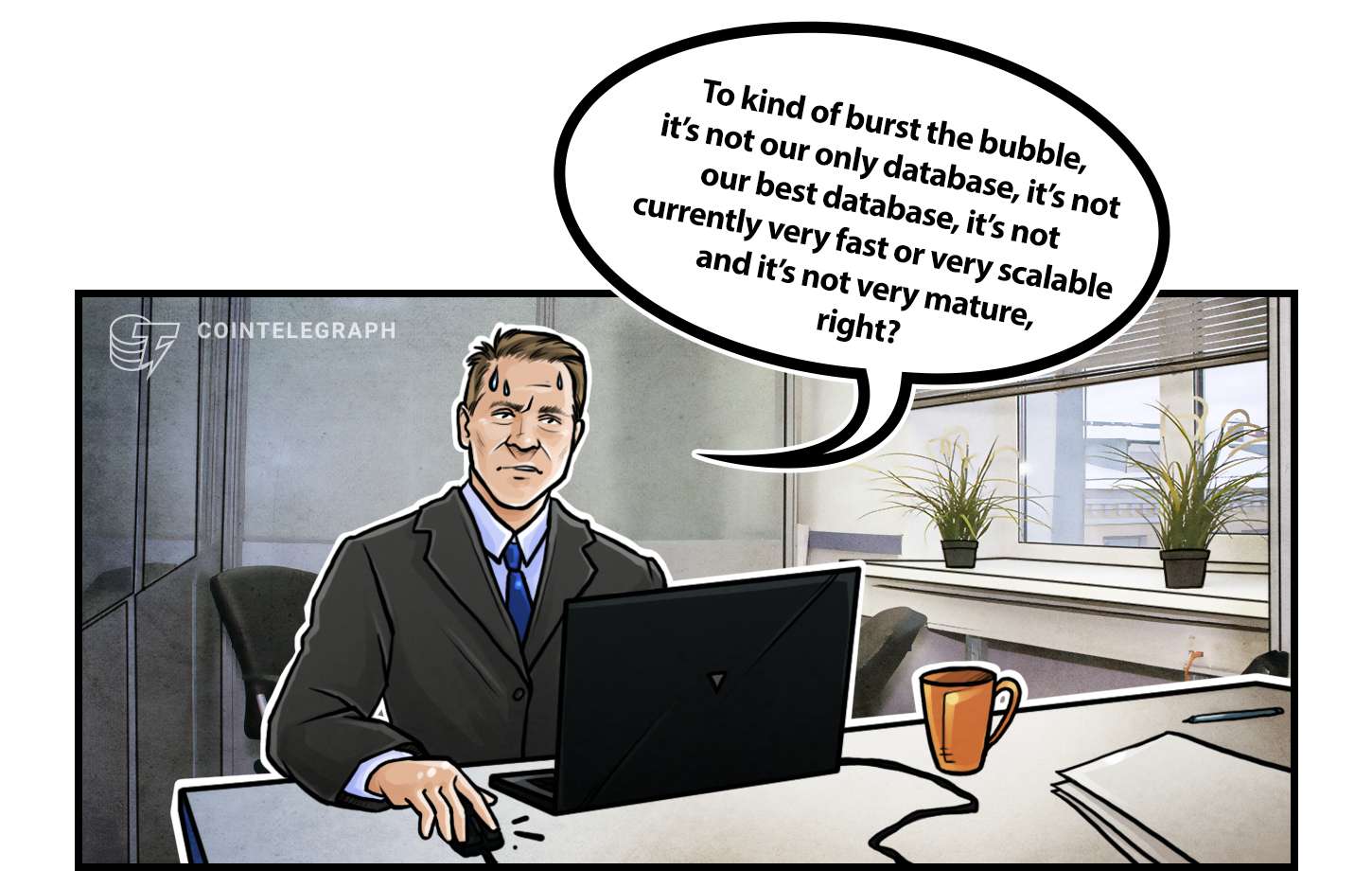 The U.S. Securities and Exchange Commission (SEC) delayed its decision again concerning the VanEck bitcoin (BTC) exchange-traded fund (ETF) proposal. The SEC has added a 35-day period for gathering more information and opinions on the proposal, which was originally filed by CBOE last year. In this week’s SEC filing, the organization listed 14 questions about the proposal for the public to review and answer, with the idea of using the answers to help them decide about approval. The questions are related to the ability to protect investors and public interest from fraud and similar exploitations. The organization had already delayed its decision on the Securities Act update proposal that would allow bitcoin ETFs to be traded on CBOE.

U.S. telecom and media giant AT&T announced this week that it would accept cryptocurrency for paying phone bills online using crypto payments platform BitPay. BitPay converts crypto into fiat and is currently used by more than 20,000 businesses. AT&T had previously announced at the end of 2018 that it was working on a suite of blockchain solutions compatible with Microsoft Azure and the IBM Blockchain Platform. This week’s reveal about its crypto acceptance is reportedly the first time that a U.S.-based business in the wireless network industry will enable bill payments with BitPay. 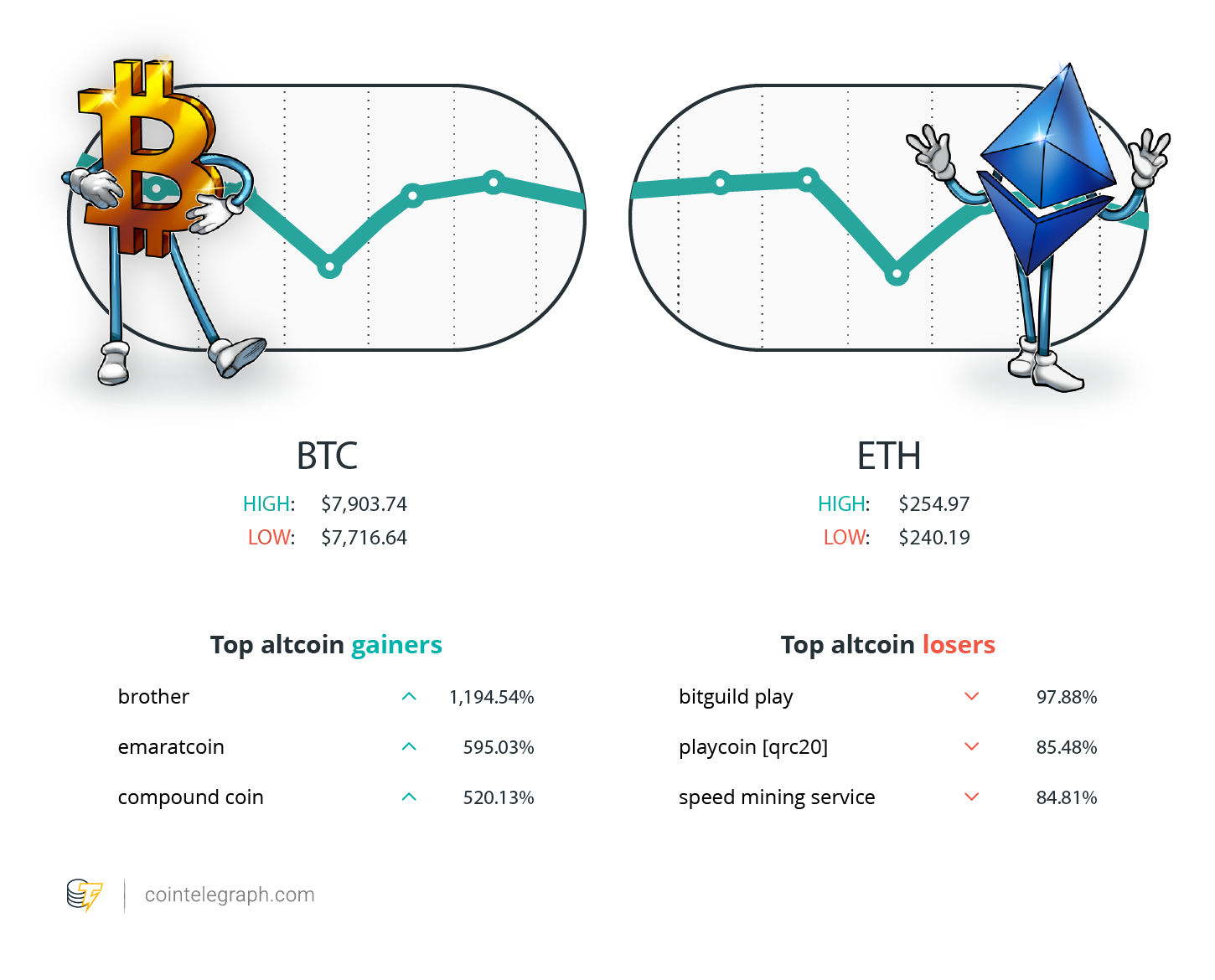 “I don’t think banks, I don’t think governments will go away. Banks are applying a very important regulatory framework that I actually think is important for society. I personally believe that banks will continue to serve that role, they’re good at it. […] I think this is a new set of technologies that they can benefit from to grow their business.” 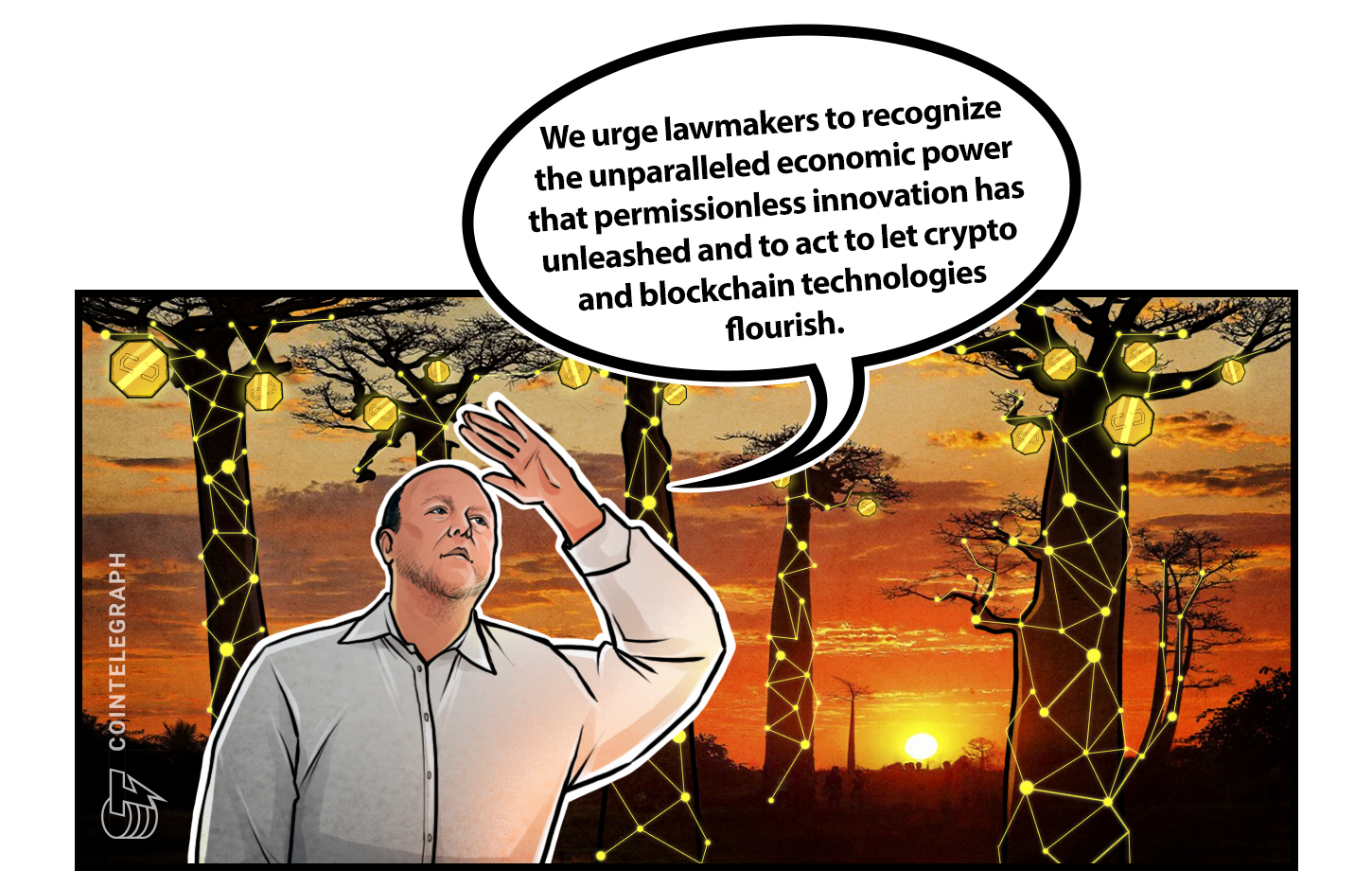 “We urge lawmakers to recognize the unparalleled economic power that permissionless innovation has unleashed and to act to let crypto and blockchain technologies flourish. We know lawmakers want to support economic growth and want them to seize the opportunity to lead the charge.”

NYMEX Trader: Bitcoin Soon to Move Back to $7,000, Markets to Consolidate

Anthony Grisant, a cryptocurrency trader at the New York Mercantile Exchange (NYMEX), said this week that bitcoin will likely move back to $7,000 and consolidate soon. Speaking to CNBC, NYMEX’s Grisant said that bitcoin will go back to $7,000 for a short period of time, and that the market will then consolidate: “I think it consolidate a little bit. […] I think consolidation for this market is very healthy.” Grisant also noted that volumes have come back down over the past few sessions, an indication that buyers are not returning to the market with the same strength they were a few weeks prior.

This week, two miners reportedly executed a 51% attack on the bitcoin cash (BCH) blockchain. While 51% attacks are normally assumed to be carried out with malicious intent, this case occurred when two mining pools attempted to prevent an unidentified party from taking some coins that — due to a code update — were essentially “up for grabs.” The two miners, with majority network control — BTC.top and BTC.com — carried out the attack in order to prevent an unknown miner from taking coins that were sent to an “anyone can spend” address following the original hard fork in May 2017. According to statistics on Coin.Dance, BTC.top and BTC.com control 43% of the bitcoin cash mining pool.

The United Kingdom’s financial regulator released a report this week that cryptocurrency investors in the country have lost more than $34 million due to crypto and forex scams from 2018 to 2019. The regulator gathered data from the U.K. national fraud and cybercrime reporting center, Action Fraud, finding the individual losses due to scams had decreased from $76,000 to $18,500, while total losses fell by $14 million. However, the report noted that the number of times scams were reported had overall tripled, with 81% of the reports related to cryptocurrency scam claims. The U.K. regulator also noted that scammers tended to use social media to find potential investors, often using pictures of celebrities with fake endorsements. 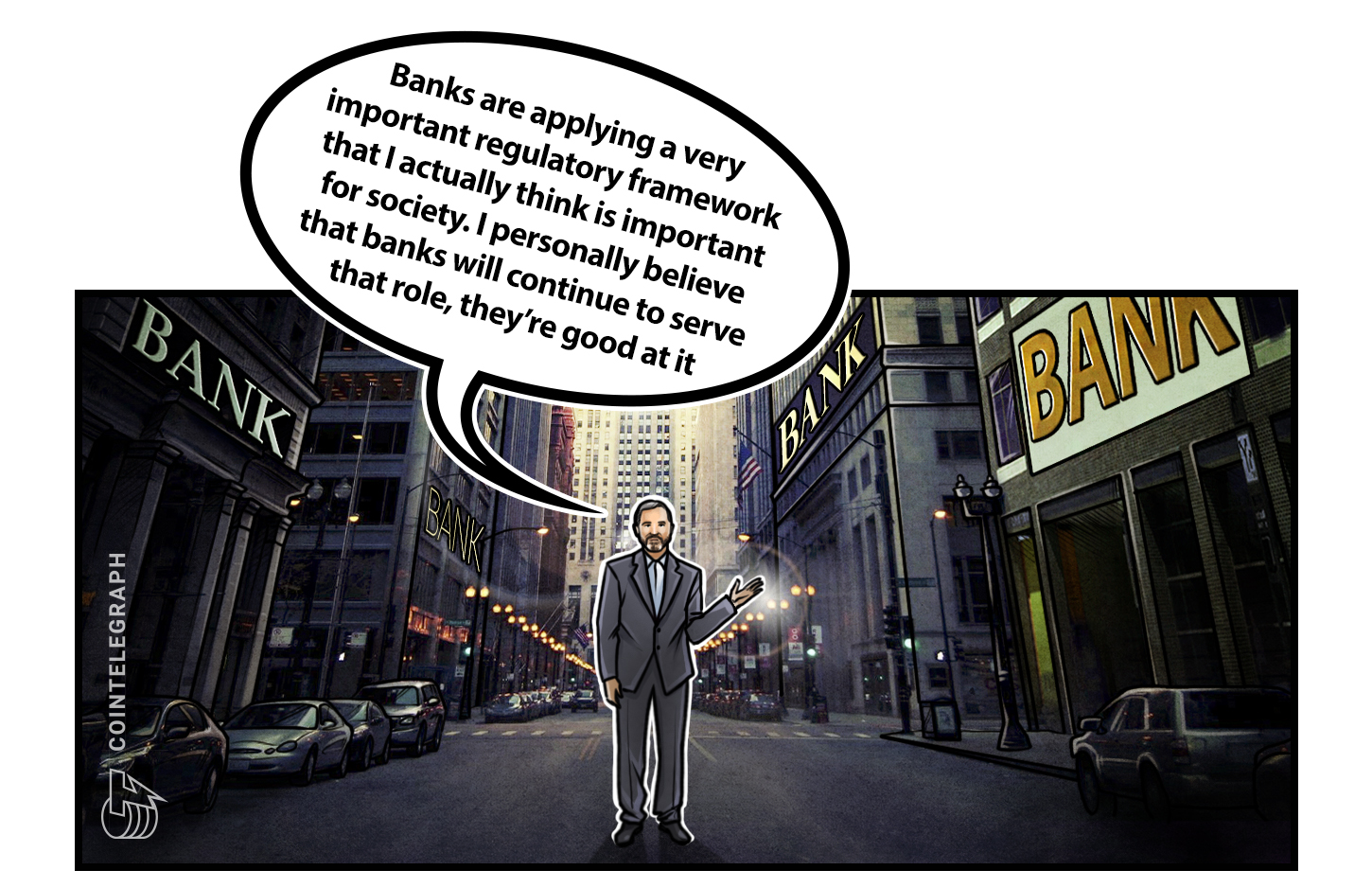 Cryptocurrency mixing service Bestmixer.io has been shut down this week by Dutch, Luxembourg and Europol authorities. Cryptocurrency tumblers are tools that allow crypto transactions of nonprivate coins to become more private by mixing crypto funds with others in order to obscure the funds’ original source. Bestmixer.io has had a reported turnover of more than $200 million since its launch in May 2018, and mixed cryptocurrencies including bitcoin (BTC), litecoin (LTC), bitcoin cash (BCH) and others. The investigation that preempted the shutdown began in June 2018, as the authorities found that a large number of the mixed coins had been used in money laundering.

SEC Postpones VanEck Bitcoin ETF, Yet Again. Should We Expect an Approval in 2019?

The U.S. SEC has again delayed a decision on approving or disproving a blockchain exchange-traded fund. As the delays keep coming, along with open-ended questions for the public, Cointelegraph takes a look at the chances for the SEC to ever give an ETF the green light.

As seemingly a wave of cryptocurrency companies have begun offering crypto custody services, Cointelegraph examines the importance of the existence of crypto custody and how it can help foster institutional adoption.

Confident in the Future: EOS Developers Attempt 10% Buyback Ahead of Major Announcement

Block.one, the developer behind EOS, revealed this week that they were seeking a 10% buyback of its stock for reportedly the second time. In this analysis, Cointelegraph details the potential impetus behind the idea, and what it means for Block.one’s future plans.