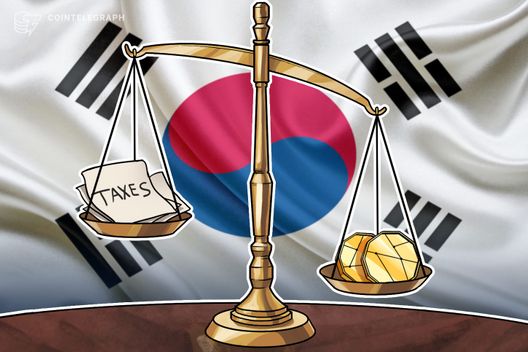 South Korea’s government has added blockchain to the fields of research and development eligible for a tax credit meant to boost innovation, English-language local media TheNews.Asia reports on Jan. 8.

The local Ministry of Strategy and Finance announced the proposed changes to the enforcement decree of last year’s tax law, which will be enforced in February. The proposed amendments also include among the eligible fields wearable robots and fine dust reduction technology.

According to the aforementioned article, a result of this amendment will be that 30 to 40 percent of the research and development expenses of small enterprises and 20 to 30 of large and medium-sized enterprises will be tax deductible.

Currently, the research and development tax deduction rate for large corporations reportedly ranges from 0 to 2 percent, 8 to 15 percent for medium companies and 25 percent for small enterprises.

As Cointelegraph recently reported, some of South Korea’s biggest cryptocurrency exchanges have passed a government security audit, but the majority could still be exposed to attacks.

Bitcoin Hovers Over $3,650 as Top Cryptocurrencies Mostly in the Red

Cornered by Bear Market, Bitmain Is Facing an Unclear Future