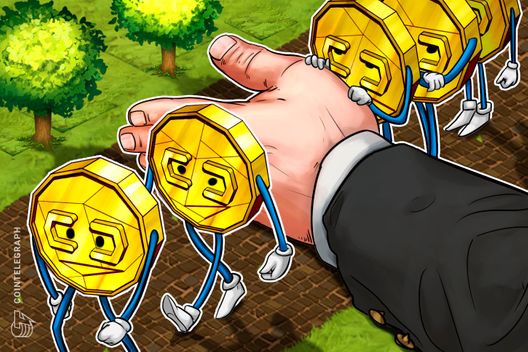 According to the documents obtained by RBC, the bank wants to amend the current draft crypto bill, dubbed “On Digital Financial Assets,” which recently passed a second of three readings in Russia’s parliament, the State Duma.

The central bank’s paper recommends equating investor limits to the ones set in a draft bill on crowdfunding, which is also being reviewed by the Russian parliament. The head of the State Duma’s committee on financial markets Anatoly Aksakov told RBC that the threshold will likely be established at around 600,000 rubles (about $9,100) per year — the same as the yearly investment limit in crowdfunding projects.

If the parliament passes the bill with the central bank’s current recommendations, unqualified investors will still be able to purchase and digital assets that were issued within the country, the report notes. Moreover, investors will be allowed to sell or purchase such tokens without intermediaries.

The Central Bank of Russia considers an investor “unqualified” if they have less than a one year minimum of investment experience. In order to be considered a qualified investor, one needs to obtain a qualification certificate — given they meet the minimum individual investment time requirements — or have at least two years of work experience in a company that is considered a qualified investor by the state.

As per RBC, the government also wants to establish requirements for financial intermediaries involved in crypto asset trading. According to the current version of the draft, banks, depositories and stock exchanges will be obliged to track all crypto transactions and reveal the amounts traded by unqualified investors to other counterparties, institutions or government bodies, if necessary.

The bill “On Digital Financial Assets,” which was initially approved in a first reading by the State Duma back in May, has raised a major discussion within Russian legal discourse. Its second reading was repeatedly postponed by legislators.

In February, Russian President Vladimir Putin set a deadline for the government to adopt regulations for the digital assets industry, urging MPs to adopt the bill during the spring session of 2019.

More recently, Aksakov told Russian news agency RNS that the crypto bill reaching the final stages before being put into law. The chairman of the financial committee expects that the bill will be adopted by the end of March.

Trezor Responds to Ledger Report on Vulnerabilities in Its Hardware Wallets