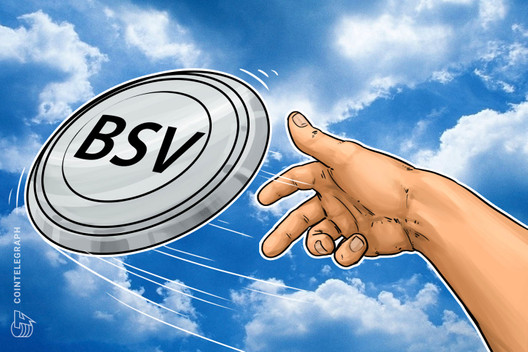 In a tweet posted on April 15, ShapeShift CEO Erik Voorhees revealed that the company came to a decision to stop listing BSV:

“We stand with @binance and CZ’s sentiments. We’ve decided to delist Bitcoin SV #BSV from @ShapeShift_io within 48 hrs.”

The announcement drew a negative response from some community members, with one commentator saying that “this action by you smacks of PayPal cutting off Wikileaks. As a BTC maximalist I don’t like it. It goes against what BTC stands for.” Back in 2010, payments services company PayPal froze WikiLeaks’ account, claiming that it was in violation of PayPal’s terms of service.

Cryptocurrency exchange Kraken is also ostensibly considering to delist BSV, having posted a poll asking whether to drop the coin, or keep it for the sake of price discovery.

Earlier today, Binance officially announced that it will delist BSV starting next week. The firm explained that it only delists a coin after an in-depth review, noting “[w]e believe this best protects all of our users.”

The move comes just a few days after Binance CEO Changpeng Zhao, also known in the industry as CZ, tweeted a warning that the exchange could delist BSV in response to its creator’s behavior Craig Wright.  “Craig Wright is not Satoshi. Anymore of this sh!t, we delist!,” CZ said.

CZ’s statement is presumably a reaction to Wright’s — infamous in the industry for making multiple claims to be Bitcoin (BTC) creator Satoshi Nakamoto — recent action against Hodlnaut, the Twitter user behind the Lightning Torch initiative.

Wright had set a $5,000 bounty in BSV for information regarding the identity of Hodlnaut. The cryptocurrency community reacted on Twitter by creating #WeAreAllHodlonaut hashtag, to show support for the now-deleted account.

BSV is the result of a Bitcoin Cash (BCH) update last November, when the coin’s blockchain was split into two during the hard fork. The protocol upgrade had divided the BCH community in two camps as there were two dominating proposals for the implementation of the BCH network in the form of Bitcoin ABC, represented by Roger Ver, and Bitcoin SV, which was led by Wright.