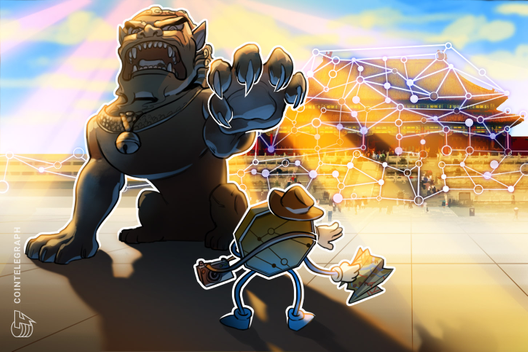 China’s answer to Facebook’s Libra digital currency could help the central bank attract business away from Alipay and WeChat Pay.

Speaking to mainstream media outlet the South China Morning Post (SCMP) on Aug. 19, Cindy Wang, an analyst at DBS Group Research, said Beijing could profit from the appeal of its state-issued digital currency to merchants.

According to Wang, the two payment giants Alipay and WeChat Pay account for nine out of every ten transactions in China.

In addition, the digital currency could help limit capital outflows.

“Currently, banks are under pressure to retain their deposit base because, with the money market funds distributed by third-party payment providers like Alipay or Tencent, some of the idle money held in mobile payment accounts are leaked out of the banking system into the hands of fund managers,” she told the SCMP.

As Cointelegraph reported, China’s hurried digital token is reportedly ready for issuance, though it can’t be called a bonafide cryptocurrency. Under the auspices of its central bank, the People’s Bank of China (PBoC), preparations accelerated in the wake of Libra, which authorities identified as potential threat.

Revealing further details last week, Mu Changchun, PBoC deputy director, underscored the payment method would not seek to compete with the yuan, nor take over any of its existing functions.

“It can use existing resources to support and develop commercial banks and smoothly promote digital currency,” he said regarding its emission.

Second-Largest Indian State to Use Blockchain in Various Spheres