Friday, Dec. 28 — The top 20 cryptocurrencies are in the green after seeing some tough losses over the last couple of days. Some coins have registered double-digit increases over the last 24 hours, according to Coin360.

The leading digital currency Bitcoin (BTC) is up over 7 percent on the day, trading at around $3,946 at press time. On its weekly chart, Bitcoin saw its lowest price point today at $3,624, while its highest price point was $4,268 on Dec. 24. 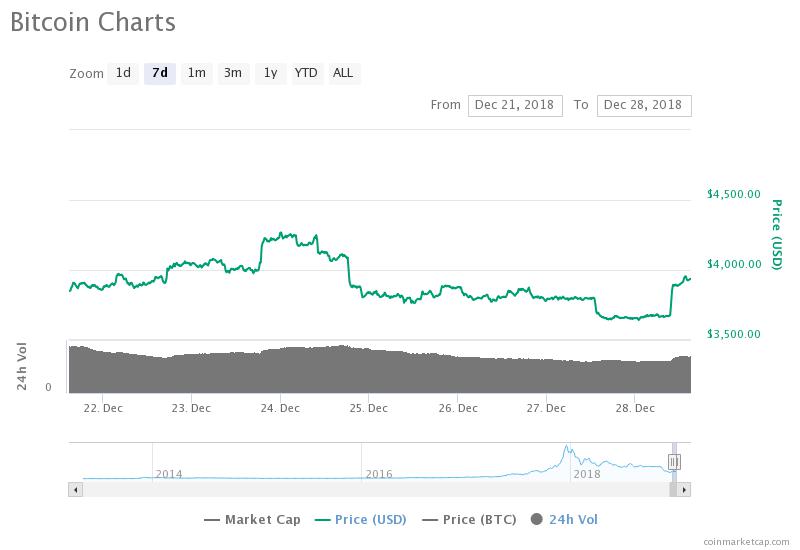 A Wall Street Journal (WSJ) article published today suggests that Bitcoin’s correlation with traditional assets markets has been high in recent days. The WSJ, with reference to research firm Excalibur Pro Inc., states that Bitcoin has traded at a 0.84 correlation to gold over the past five days, where -1 indicates complete inversion and +1 perfect correlation. Moreover, Bitcoin has traded at a 0.77 correlation to the Chicago Board of Options Exchange’s Volatility index (VIX), a benchmark index for the United States equity market volatility.

The second largest coin by market capitalization Ripple (XRP) has seen over 7 percent growth in the last 24 hours, and is trading at $0.375 at press time. During the week, XRP has not seen significant fluctuations, while its highest price point was $0.446 on Dec. 24. 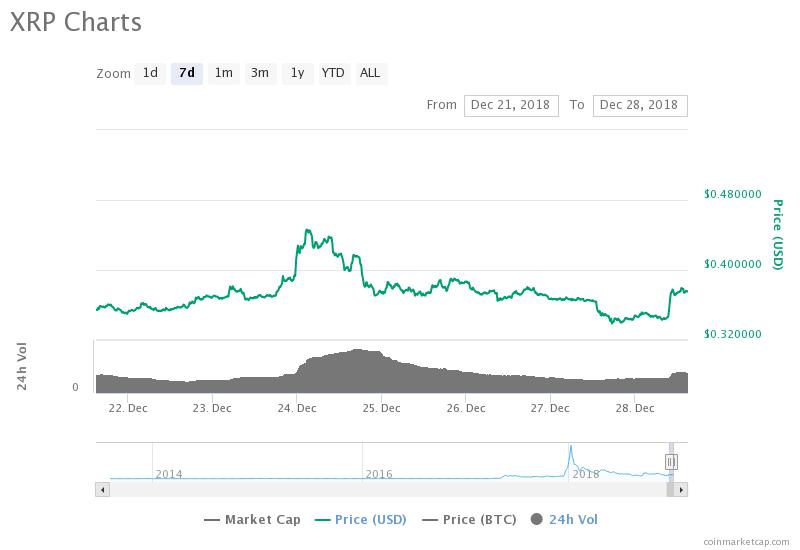 Ethereum (ETH) has gained over 15 percent on the day, and is trading around $135 at press time. The altcoin started the day near $119, gradually reaching the current price point. Over the week, the third largest cryptocurrency by market cap registered its lowest price point of around $108 on Dec.22 and hit the highest value of around $156 on Dec. 24. 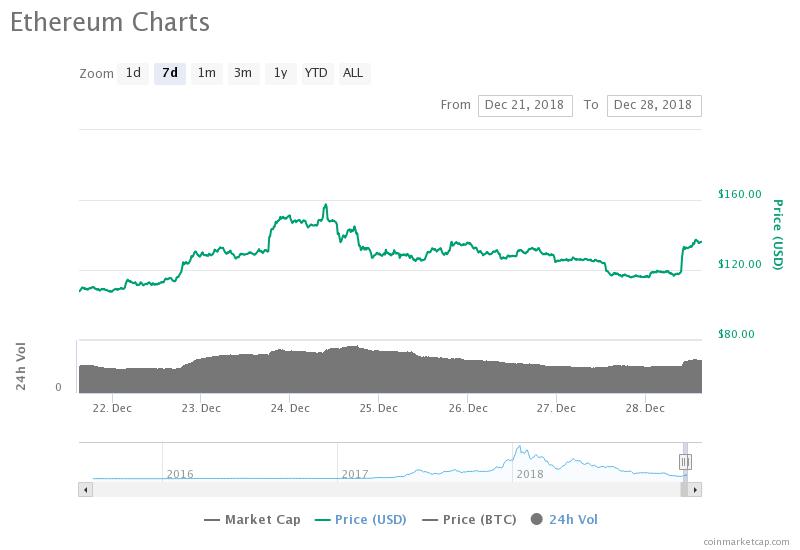 Bitcoin Cash (BCH) has shown over 13 percent growth on the day, trading at around $173 at press time, while its spin off Bitcoin SV (BSV) is trading at $93.92 with a 9 percent increase over the 24-hour period, according to CoinMarketCap.

Total market capitalization of all digital currencies is around $132 billion at press time, having started the day at $122.27 billion. The weekly high of the total market cap was around $146.59 billion on Dec. 24. 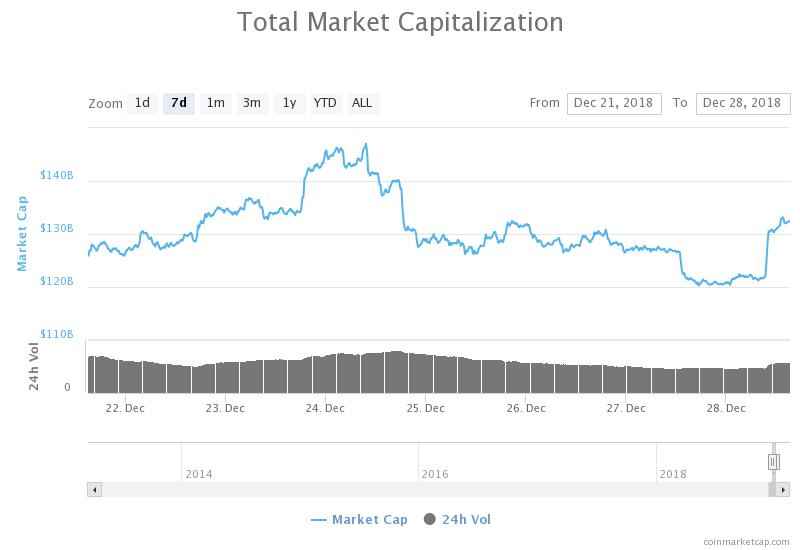 As Cointelegraph reported earlier today, daily traded volume of cryptocurrency contracts on the Huobi Derivatives Market (DM) has broken past $1 billion. The platform allows traders to trade Bitcoin and Ethereum contracts that aim to allow for arbitrage, speculation, and hedging.