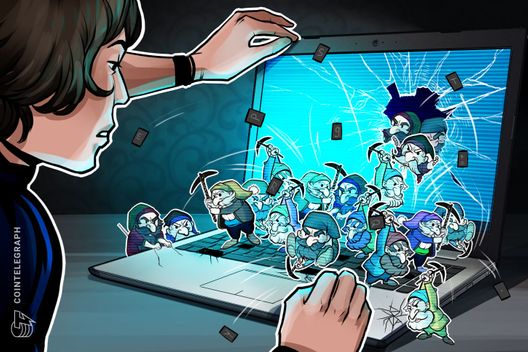 Cryptojacking, the unauthorized use of another’s hardware to mine cryptocurrency, has become the biggest cyber threat in many parts of the world, Bloomberg reported Dec. 14.

According to research from cyber security research firm Kaspersky Lab, cryptojacking overtook ransomware as the biggest cybersecurity threat particularly in the Middle East, Turkey, and Africa. In Afghanistan and Ethiopia over one out of four detected malware are cryptocurrency miners, according to Kaspersky’s data.

As cited by the Bloomberg, Kaspersky’s research “shows crypto mining attacks have risen almost fourfold in the region, from 3.5 million in 2017 to 13 million this year.” The cybersecurity firm reportedly also claimed that cryptojacking incidents are “likely to continue given the increased use of digital currencies.”

A report released by Kaspersky in November declares that the reason for the rise of cryptojacking malware compared to ransomware may “be due to the fact that people from developing markets are not so eager to pay a ransom.”

Not only PC but also smartphone users are targeted by unauthorized mining software — from the 2016-2017 period to the 2017-2018 period, these kinds of attacks reportedly increased by 9.5 percent.

Still, the increase in the popularity of this kind of malware has not been global. For instance, this year it registered a decrease of 15 percent in Zambia and 11 percent in Uzbekistan, according the cybersecurity firm. The report concludes

“Last year we asked what tips the scales for cybercriminals? Today, this is no longer a question. Miners will keep spreading across the globe, attracting more people.”

Cryptojacking is not the only way in which cybercriminals use cryptocurrency. As Cointelegraph reported in October, users of the popular video game Fortnite have been targeted by a malware that steals Bitcoin (BTC) wallet addresses.

Not only individuals resort to such actions in search of financial gains. According to a Chinese cybersecurity company, after targeting cryptocurrency exchanges, North Korean hackers have started to steal cryptocurrencies from individuals.