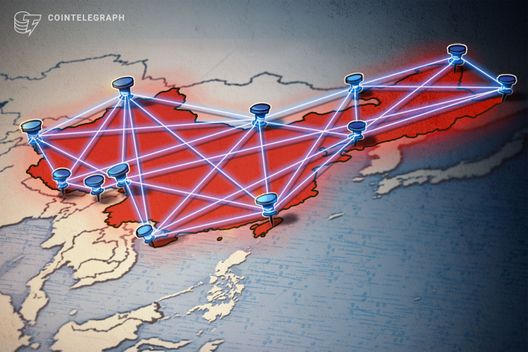 China is reportedly leading the world in the number of blockchain projects currently underway in the country, Chinese English-language news daily China.org.cn reports on April 2.

Citing a report by Blockdata, China.org.cn states that there are 263 blockchain-related projects in China, accounting for 25 percent of the global total.

Li Qilei, the CTO at blockchain platform developer Qulian Technology, purportedly said that the financial sector is the biggest user of blockchain technology, particularly in asset securitization for banks and brokers.

Chris Church, chief business development officer for New York-based firm Digital Asset in the United States, reportedly noted the importance of doing business in and near China, as the firm began work with the Hong Kong Exchanges and Clearing (HKEX). Church purportedly stated, “One of the reasons that HKEX is so important to us is because it is a gateway to the mainland’s stock market.”

Last year, the World Intellectual Property Organization reported that most blockchain-related patent filings came from China. Data collected by Thomson Reuters from the international patent organization showed that over half of the 406 patents in 2017 were from China: the country filed 225 Blockchain patents, followed by the U.S. (91), and Australia (13).

Last week, a multi-year project called the “Implementation Plan for the Promotion of Transportation Infrastructure Development” was unveiled in Jiangsu Province. Per the plan, blockchain will be one of the technologies local authorities will use in overhauling local transport infrastructure.