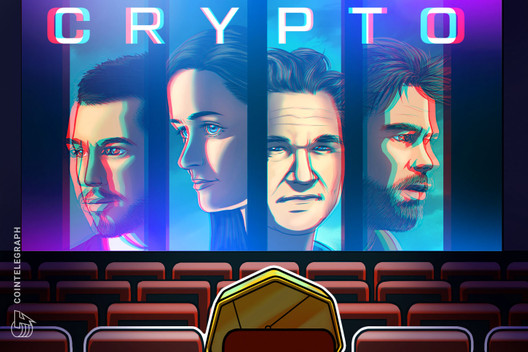 Edward Zuckerman is a journalist and an Emmy-winning television writer.

The best news for crypto enthusiasts about the movie “Crypto” is that “Crypto” has very little to do with crypto. It is mainly concerned with Russian mafiosi, money laundering and a main character who plods through the heavy plot with the affect of a depressed zombie.

Cryptocurrencies do make three appearances in the movie:

1. It is revealed that a major bank, because (one character explains) such banks are terrified of being made irrelevant by cryptocurrencies, is secretly buying crypto in order to drive the price up, on the theory that high prices will make cryptocurrencies unaffordable and dissuade people from buying them. I am not sure this makes sense, since I was under the impression that rising prices make cryptocurrencies not less but more attractive to the general public (hence the bitcoin buying frenzy at $20,000). But this is not a major plot point.

2. The Russian mob, which is laundering money through that same bank, is doing some of its laundering by the use of crypto. The details of this are vague, but it is apparently being done in league with one of the bank’s employees, so #2 may be linked to #1 above. Or maybe not.

3. One major character — who owns a failing discount liquor store — is making a lot of money by investing in initial coin offerings. He is also mining crypto with a computer set-up in his store’s back room. It’s that easy!

All of this is explored, or stumbled upon, by the film’s main character, Martin Duran, played by Beau Knapp. Martin is allegedly a top-ranked business school graduate who has a fairly mundane job as a compliance officer for the major bank. After he angers the bank’s brass by nixing a proposed big client, he is punished by being transferred to the bank’s branch in his own home town, a small farming community. Although many scenes are set in that bank branch (which does not look like a bank), no customers ever appear. Regardless, Martin’s new job as the branch’s compliance officer involves a specific brief to keep an eye out for money laundering. I was not aware that individual bank branches had compliance officers, but never mind.

Martin’s attention is soon drawn to a high-end art gallery where pictures sell for millions of dollars. (We are told the town has a newly gentrified section, although we never see any of the gentry.) The women working at the gallery find Martin attractive, which is among the film’s least likely plot turns. Martin is a thin, sallow fellow who speaks in a low monotone and sports traces of what might or might not be an attempted beard. (Even a casual viewer may have the urge to tackle him to the ground and administer a shave.) He also wears the same dark suit, black tie and dress shoes in every scene, even when he is hiking through the woods on a date with an attractive gallery assistant played by Alexis Bledel (former star of “Gilmore Girls,” who deserves better).  She suggests he wear more appropriate shoes next time.

The gallery’s finances are suspicious, and indeed the place is linked to the Russian mob, represented locally by Vincent Kartheiser (of “Mad Men” fame, who ditto). The mob gets wind that Martin, with the help of his friend — the failing liquor store owner, who also happens to be a genius hacker — is looking into its affairs. The mob disapproves. Kartheiser gets his revenge by out-acting Knapp (Martin). Also there is mayhem and violence.

A parallel story involves Martin Duran’s family, from which Martin has been estranged. His brother (played by Luke Hemsworth), a damaged Iraq war veteran, is no happier to see Martin than we are. His widowed farmer father, played by Kurt Russell in one of the grimiest t-shirts ever seen onscreen, is gruff but affecting and seems to harbor the wish that his boys will reconcile.

In the end (spoiler alert!), they do. And all is well. Martin departs the depravities of Wall Street to return to the family farm, where he helps his father and brother dig up potatoes. Martin and his brother smile for the first time in the film. And Martin sets up a crypto mining operation in a home office. After all, it’s that easy, right?