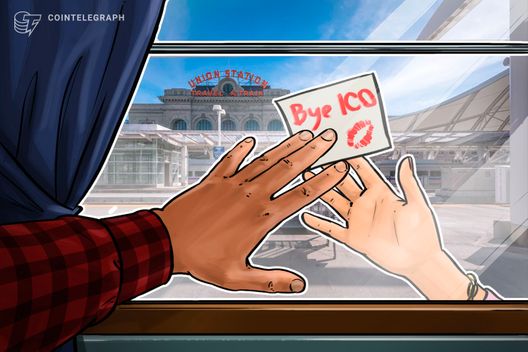 The orders come as part of a state operation by the “ICO Task Force” within the Department of Regulatory Agencies (DORA), which in May of this year commenced investigations into potentially unlawful activity targeting cryptocurrency investors. With yesterday’s orders, DORA has now issued 12 cease and desist actions against ICOs.

Per the notice, Bitcoin Investments claims to be a blockchain investment firm with over $700 million assets under management across multiple funds. The company allegedly promised its customers over one percent daily returns along with additional returns on internal trading of the “DB Token.”

The company reportedly claimed that “the average registered investment return over a two month period in 2017 was an amazing 95 percent,” while its ICO lists a number of celebrity promoters.

Bitcoin Investments’ website reportedly deploys the same format, visual content, and employee team as the U.S. Securities and Exchange Commission’s (SEC) educational site about related risks for potential crypto investors. Per the statement, DB Token ICO has not been registered as a security with the Division of Securities.

“Anonymously-operated, worldwide escorting service[s]” company Pinkdate allegedly seeks to fundrise more than $5 million via an ICO in tokens referred to as PinkDate Platform (PDP). The statement says that the firm promises investors “50 percent of Net Profits through dividends” in Bitcoin (BTC), Ethereum (ETH), Monero (XMR), or Bitcoin Cash (BCH). The PinkDate ICO allegedly has not been registered with the Division of Securities.

As for Prisma, its website allegedly requires users to buy its native crypto Prismacoin (PRIS) to use a proposed lending and arbitraging investment platform, through which investors could ostensibly profit up to 27 percent on their initial investment. The “arbitrage bot” is claimed to generate returns of up to 1.5 percent daily.

The last company on the list, Clear Shop Vision, Ltd, has promoted three ICOs since June 2018 and offered “ORC Token” with a “serious appreciation potential.” The company’s site allegedly directs investors to send ETH directly to Clear Shop’s ETH wallet, but not through a crypto exchange.

Per the notice, all mentioned companies have to immediately cease and desist all alleged violations of the Colorado Securities Act, including unregistered securities and fraud.