Regulation has been a major talking point in the cryptocurrency sphere in 2018 – mainly due to the monumental crypto-craze in 2017.

This has come to the fore in Europe, after the Financial Action Task Force (FATF) updated its policy on cryptocurrencies in October, which were initially established back in 2015.

Established in 1989, by the G7, the FATF is responsible for creating legal, regulatory, and operational measures to prevent money laundering in Europe and around the world. Since its inception, the FATF has created a number of recommendations that are regarded as the international standard for fighting money laundering and the financing of criminal activities.

A massive surge of investors looking to gain exposure by trading cryptocurrencies on exchanges across the world, has led to governments and financial regulatory bodies having to provide clear legal frameworks and guidelines for those operating in the space.

Naturally, this has taken on different shapes and forms in different regions of the globe. We’ve seen hardline, no-to-crypto stances from countries like China, while a nation like Malta has adopted a pro-crypto attitude that could well make it a leading destination for crypto and blockchain-related businesses to thrive.

Within that vein, the FATF organisation released a “risk-based-approach” guideline for cryptocurrencies in 2015, which aimed to help countries develop regulatory processes to manage the potential risk of cryptocurrencies being used for money-laundering and terror-financing.

As it stands, 35 countries are members of the FATF, many of which are situated as financial centers across the globe.

With this in mind, the FATF’s recommendations on the regulation of cryptocurrencies to address AML concerns are specifically important for the continent. 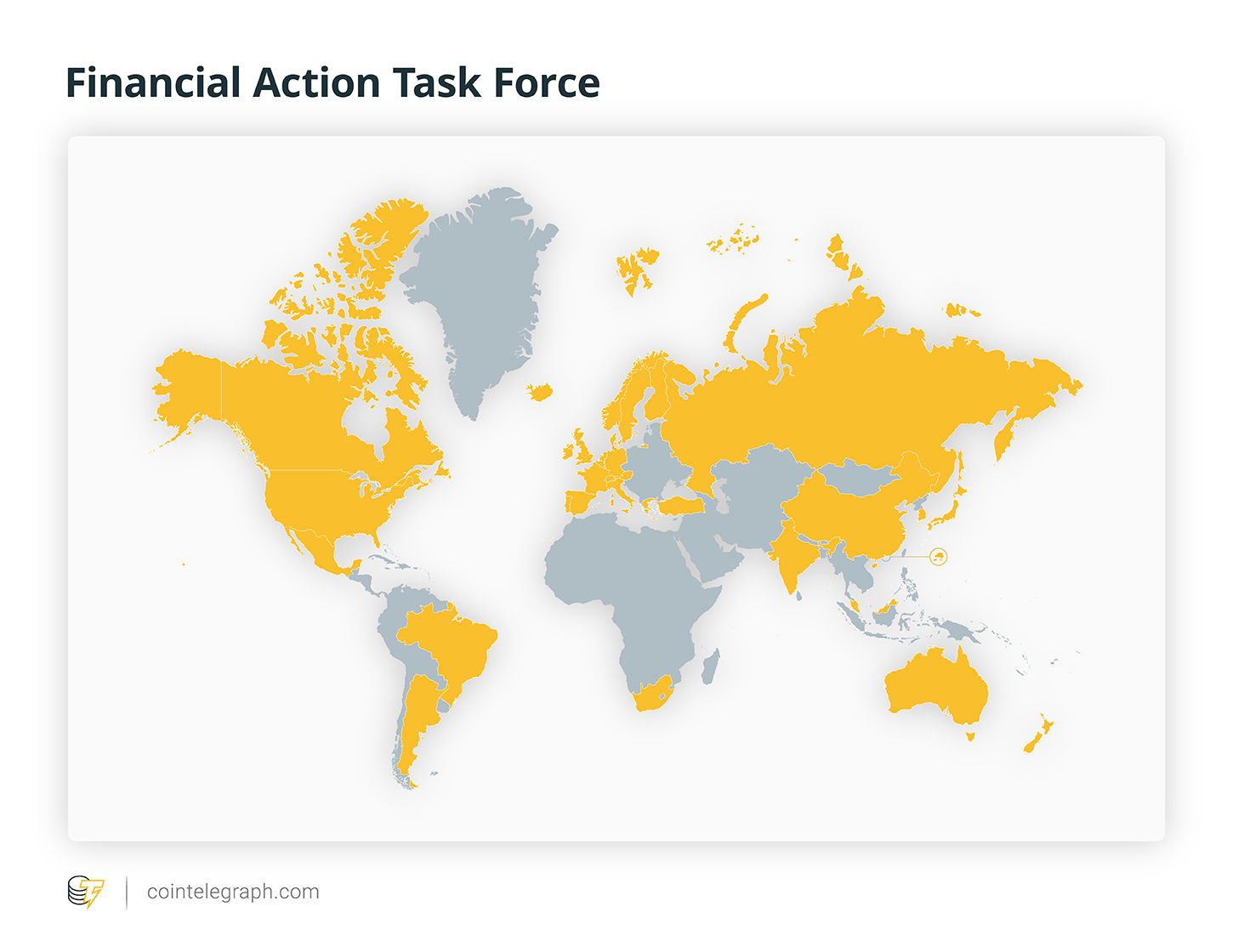 Calls for clarity in Europe

As of October 2018, FATF has implemented some changes to its original recommendations three years ago that apply to financial activities relating to cryptocurrencies. This has largely been in response to calls for clarity on which activities the FATF guidelines apply to.

In relation to cryptocurrencies, the FATF rules regarding a risk-based response to Anti-Money Laundering (AML) and Countering Financing of Terrorism (CFT) have been amended to address concerns around the use of cryptocurrency financial activities.

Exchanges, wallet providers, and providers of financial services for ICOs, are expected to be subject to AML/CFT regulations. This should be done by licensing, registering, or monitoring these entities to ensure their compliance with existing regulations.

This follows similar guidelines that have been implemented in South Korea, where anonymous trading has been banned and stricter guidelines for exchanges are being implemented, including the use of AML/CFT, as well as Know-Your-Customer (KYC) requirements.

At the end of October, the Federal Financial Monitoring Service of the Russian Federation urged members of the FATF to implement these changes. The Russian service wants to put rules in place to control crypto transactions of 600,000 rubles or more (about $9,120).

In a Russian context, there are no official regulations governing the use and trade of cryptocurrencies, although a draft bill is still in preparation.

This seemingly puts the FATF recommendations in perspective, as they seem to be the only real standard that different countries can fall back on to deal with cryptocurrencies in a broad perspective.

The document outlines compliance standards for virtual asset issuers, guidelines for classifications of initial coin offerings (ICOs) as well as directions for banks, securities dealers and other financial institutions looking to get involved with cryptocurrencies or blockchain-based projects.

In September, a Belgian report was issued that called for the regulation of cryptocurrencies and ICOs at a European level. These were led in order to manage potential risks as well as developing the use of blockchain technology.

The European Union has already made it clear that it will work on cryptocurrency classification and management over the next 12 months, according to European Commission Vice President, Valdis Dombrovskis. A pressing concern once again is the threat of money-laundering and fraud.

There are risks – U.K. Cryptoasset Taskforce

While the FATF has provided general guidelines for the international community to follow, the U.K. has done its own homework on the sector – in addition to being a member of the FATF.

In March 2018, a Cryptoasset Taskforce was established by the HM Treasury, the Financial Conduct Authority and the Bank of England. This has culminated in a final report, which was published at the end of October.

The report maintains that there are multiple benefits to be gained from blockchain technology, described as distributed ledger technology in the report. However, it maintains an air of negativity and skepticism towards cryptocurrencies:

“There is limited evidence of the current generation of cryptoassets delivering benefits, but this is a rapidly developing market and benefits may arise in the future. There are substantial potential risks associated with cryptoassets, and the most immediate priorities for the authorities are to mitigate the risks to consumers and market integrity, and prevent the use of cryptoassets for illicit activity.”

The report recommends that cryptocurrencies that meet the standards of existing regulations must be treated as such.

Meanwhile, newer cryptocurrencies that pose challenges to older financial regulations will require international coordination to ensure they are treated accordingly.

These recommendations have been met with some skepticism as well, with a report labelling proposed regulations as a “blunt instrument approach.” The companies involved in compiling the report suggested that a heavy-handed approach could actually stifle the development of cryptocurrencies and various fintech companies.

As it stands, the current guidelines from the FATF are non-binding, they mainly serve as advisory parameters for regulators and governments to follow and apply to cryptocurrency operations in their respective locations.

In conjunction with the October update to its recommendations, FATF president, Marshall Billingslea, announced the plans to release governing rules for the crypto industry by June 2019, according to Reuters.

A number of European countries have enforced their own rules and regulations for cryptocurrencies, wallet providers, and other associated businesses.

Nevertheless, those member states that haven’t enforced any regulation of cryptocurrency trade can expect to be given a directive from the FATF next year.

Cointelegraph has reached out to the FATF for comment – and has not received a formal reply at the time of publication.