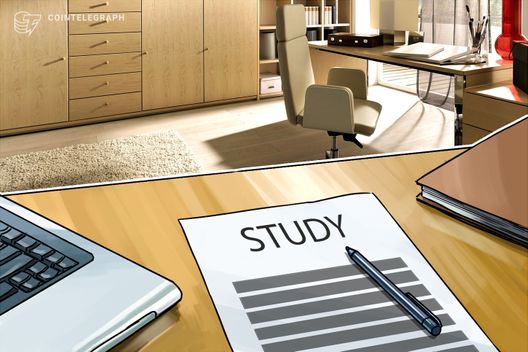 Five percent of Moscow residents who use non-cash methods of payment are open to using cryptocurrencies, according to a recently conducted survey, Forbes Russia reported Nov. 13.

The investigation into the e-payment market in Moscow was carried out by Russian payment service Yandex.Money and the Moscow Information Technology Department (ITD). The experts purportedly surveyed 1,000 Moscow residents of various age categories by way of a phone survey.

The experts found that among those Moscow residents who use non-cash forms of payment, one percent also use digital currency, while 5 percent expressed readiness to start using cryptocurrency to pay for their purchases.

Among the most common forms of non-cash payments, 96 percent of respondents said they use bank cards, 40 percent pay for their purchases via mobile bank apps, 32 percent use Internet banking, while 16 percent said that they use e-money.

Ivan Buturlin, head of the analytics department at the ITD, reportedly said that “34 percent of Moscow residents use primarily non-cash methods of payment, wherein 63 percent conduct electronic transactions at least once a day.”

The experts skeptically regarded respondents’ intent to pay with cryptocurrency, suggesting that people simply assumed a more broad usage of high-tech processes in the future.

“In order for non-cash payments to penetrate into the lives of a larger number of citizens, people should also change their perception to understand that this is a safe method of payment,” stated Ivan Glazachev, CEO of Yandex.Money.

As Cointelegraph previously reported, 93 percent of British citizens have heard of Bitcoin (BTC), but only 4 percent claim to have bought it, per a poll by U.K. market research firm YouGov.

Meanwhile, 55 percent of respondents in a recent German poll claim they have heard of cryptocurrencies, while 77 percent of those who are aware of digital currencies admit they are not likely to invest in them.