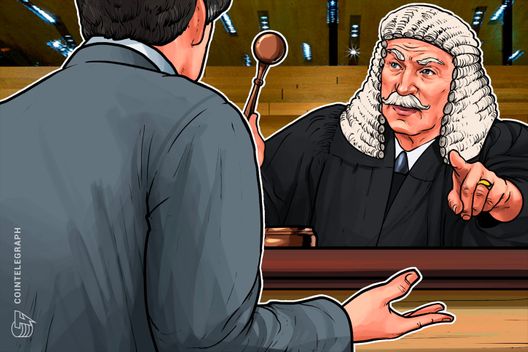 Judge Jed Rakoff has ruled to end the freeze on Charlie Shrem’s assets in a lawsuit brought against him by the Winklevoss brothers, Bloomberg reports Nov. 8.

In a case unsealed in the U.S. District Court for the Southern District of New York earlier this month, the Winklevoss twins allege that Shrem took part of their $250,000 investment in his exchange BitInstant to buy 5,000 bitcoins (BTC).

The Winklevosses argue that Shrem used the Bitcoin he acquired with their money to furnish a lavish lifestyle after having served a year in prison for helping users of the now-defunct Silk Road marketplace make illegal purchases.

“Either Shrem has been incredibly lucky and successful since leaving prison, or — more likely — he ‘acquired’ his six properties, two Maseratis, two powerboats and other holdings with the appreciated value of the 5,000 Bitcoin he stole,” the New York Times quotes the lawsuit as claiming.

Shrem purportedly argues that he never owned the bitcoins, and that they are the property of an unnamed industry member.

According to Bloomberg, the Winklevoss’ lawyer Tyler Meade argued that the freeze on Shrem’s assets should continue, claiming that he possessed $12 million dollars in cryptocurrencies, real estate holdings, and other assets.

While Meade reportedly said that the brothers’ lawyers have sought information on Shrem’s holdings from over 30 institutions, they have only identified a paltry $10 in assets at this time. Per the report, the parties agreed that Shrem could spend up to $50,000 on monthly expenses.

Shrem’s lawyer, Brian Klein, said that the allegations that Shrem used ill-gotten Bitcoin to purchase cars and houses had “no basis in fact or law.” Bloomberg quotes Klein as saying that the recent ruling on Shrem’s assets is a first step toward his client’s “complete vindication.” A trial has reportedly been scheduled for June 17, 2019.