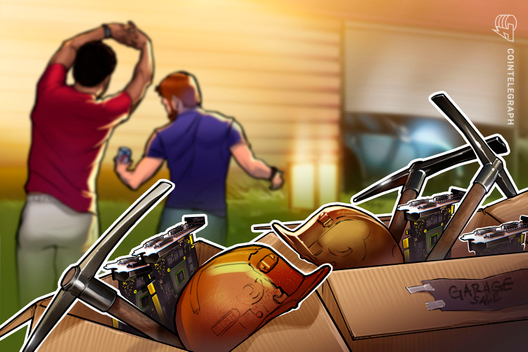 Authorities raided Bitcoin (BTC) mining operations in Malaysia after finding that they were stealing electricity resulting in a loss of 3.2 million Malaysian ringgit ($760,736) to the utility company.

“TNB collected evidence that 23 premises were running Bitcoin mining activities while the other 10 premises were aware of our raid this time around and destroyed the evidence.”

The mining equipment deployed electric power directly from the distribution board passing the meter. “The metered 3 Amp was used only for one lamp and a suction fan. They paid a bill of only 219 Malaysian ringgit ($52) whereas they should have been billed 108,000 Malaysian ringgit ($25,674) a month for the unmetered 1,500 Amp,” Mohd explained.

According to Finance Minister Lim Guan Eng, the Malaysian government sees the potential of cryptocurrencies and blockchain to improve a number of sectors of its economy:

“The Ministry of Finance views digital assets, as well as its underlying blockchain technologies, as having the potential to bring about innovation in both old and new industries. In particular, we believe digital assets have a role to play as an alternative fundraising avenue for entrepreneurs and new businesses, and an alternate asset class for investors.”

Meanwhile, Malaysia allows Bitcoin mining and trading with no restrictions. However, the Central Bank of Malaysia issued a statement that Bitcoin is not considered to be legal tender and its users are poorly protected from fraudulent schemes and operational risks.