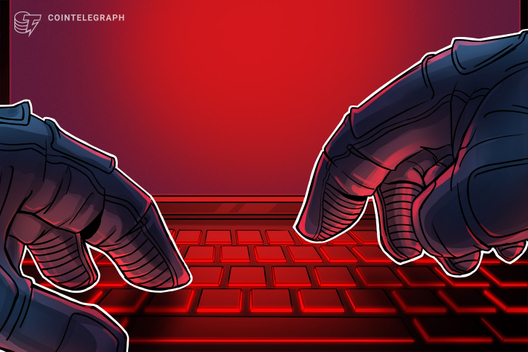 Cryptocurrency enthusiast John McAfee’s crypto trading platform was immediately targeted by hackers with a denial of service (DOS) attack following its launch, according to an official Twitter post from McAfee on June 12.

According to the post, the web servers for the “McAfeeMagic” trading platform, were hit with a cloaked High Orbit Ion Cannon (HOIC) DOS attack. Cybersecurity website Imperva describes an HOIC DOS attack as stressing a network by “flooding target systems with junk HTTP GET and POST requests.”

However, McAffee tweeted the same day that the website was operational again. According to the same post, the McAfeeMagic trading platform allows users to trade on 8 crypto exchanges, shadow trade professional crypto traders, and make fiat-to-crypto conversions with an over-the-counter (OTC) desk.

John McAffee also intends to roll out his own “McAfee Freedom Coin” token this fall. McAfee describes his design for the coin as a scheme to make it only intrinsically valuable, with no value derived from any other asset:

“… It is not based on any commodity nor is it connected to the value or behavior of any external item or entity. The value of the coin will always be zero in relation to any other currency yet it’s natural market value is free, completely, to grow.”

As previously reported by Cointelegraph, the Ethereum network experienced serious issues due to DOS attacks back in 2016. Malicious users overloaded the network with transactions, causing the Ethereum network to introduce a hard fork in its blockchain to continue operating.