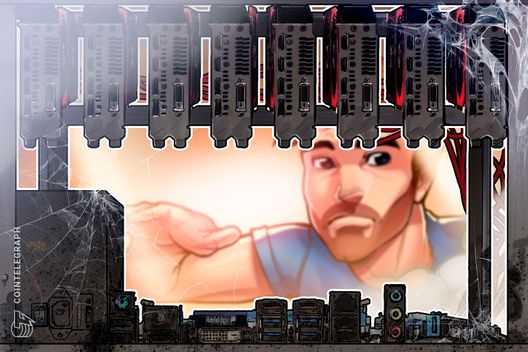 The complaint states that “the Company made false and misleading statements to the market.” Namely, according to the announcement, Nvidia “touted its ability to monitor the cryptocurrency market and make rapid changes to its business as necessary.” Shall states that the GPU producer also declared:

“Any drop off in demand for its GPUs amongst cryptocurrency miners would not negatively impact the Company’s business because of strong demand for GPUs from the gaming market.”

As Cointelegraph recently reported, after the cryptocurrency mining crash, Nvidia was the worst reported performer in S&P 500. After a massive sell-off of its shares, the stock price of the company fell by 54 percent.

In mid-November, an analysis by Susquehanna — a United States -based global trading and technology firm — observed that mining Ethereum (ETH) using graphics processing units was no longer profitable.

In the Susquehanna analysis, the profit per month for GPU Ethereum miners hit $0 by Nov. 1, down from nearly $150 in July 2017.

Earlier this week, Japanese firm GMO Internet announced that they would be leaving the mining sector, citing extraordinary losses over the year.

Nvidia has not responded to Cointelegraph’s request for comment at press time.