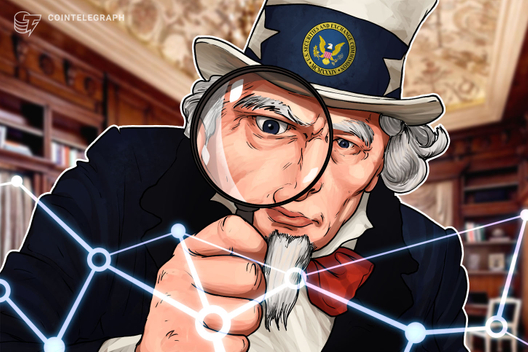 The research organization Data Foundation and IT firm Booz Allen Hamilton have published a report with five proposed questions to guide the United States federal government on where and how to implement blockchain initiatives.

Their research was published in the report “Bringing Blockchain Into Government: A Path Forward for Creating Effective Federal Blockchain Initiatives” on June 10.

According to the report, blockchain solutions make the most sense when applied to some sort of procedure with a predetermined level of consistency and a low level of agility, assuming that the immutable ledger provided by blockchain is valuable for the task in the first place.

The report lists five questions they came up with for how a federal organization can decide whether a blockchain solution makes sense:

“1. Does the blockchain offer a real benefit for information security, trust, or transparency? … 2. Can blockchain be practically and efficiently applied? … 3. What blockchain design is most appropriate? … 4. Is the cost of applying blockchain merited relative to information gains? … 5. Does the application satisfy applicable data sharing and confidentiality laws?”

In coming up with these criteria, the organizations looked at seven instances of blockchain initiatives at the federal level that they deemed successful.

The report notes that the programs are in varying stages of success and development. The researchers conclude that, “Whether blockchain will ultimately prove a success in government is yet to be seen. But for now, applying blockchain for government programs and operations should be a welcome development when possible.”

As previously reported by Cointelegraph, the FDA launched a pilot program using blockchain tech as a supply chain tracker for pharmaceuticals in February. The Pilot Project Program Under the Drug Supply Chain Security Act is specifically focused on tracking drugs and preventing pharma counterfeiting.

Japan's Transport and E-Commerce Partnership on the Fast Track