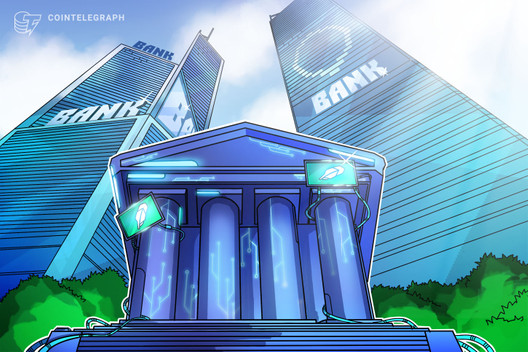 Stock and crypto trading platform Robinhood has applied for a bank charter with regulators in the United States, S&P Global Market Intelligence reported on April 19.

According to a statement, Robinhood says securing approval from the Office of the Comptroller of the Currency would be a first step towards being able to offer traditional banking products and services.

Any full-service bank would likely operate alongside its mobile-focused trading arm, which enables users to trade cryptocurrencies, funds and options on their phones and desktops. Last year, it was estimated that five million users were trading crypto on the platform.

In December, Robinhood was forced to make a U-turn on plans to offer a checkings and savings service to U.S. consumers. The company had claimed customer deposits of up to $250,000 would be insured by the non-profit Securities Investor Protection Corporation, but it later emerged that the entity only guaranteed funds for purchasing securities, the article states.

Robinhood faced scrutiny after it then rebranded the service’s name to “cash management” and removed references to deposit protection. According to Reuters, U.S. politicians subsequently accused the company of failing to offer full transparency to the 850,000 consumers who had expressed an interest in the service.

As reported by Cointelegraph last year, the fast-growing company is planning to launch an initial public offering. It was recently valued at $5.6 billion after an investment round, making it the second most valuable fintech startup in the U.S.