Coming every Sunday, Hodler’s Digest will help you track every single important news story that happened this week. The best (and worst) quotes, adoption and regulation highlights, leading coins, predictions and much more — a week on Cointelegraph in one link.

We begin in Russia, where the government is pursuing a seemingly impossible law that would allow it to confiscate Bitcoin (BTC). Reports suggest that the plans, which target “digital assets,” could become law in 2021. Nikita Kulikov, the head of a dedicated committee to the matter in Russia’s parliament, said such mechanisms are necessary because of “the constant growth trend in crimes using virtual assets, and the lack of consumer protection in the face of this kind of criminal onslaught.” The country’s laws regarding cryptocurrency have been long-awaited but subject to multiple delays. For this law to work, it seems that crypto would require legal recognition in order for the government to justify its confiscation as part of legal proceedings. But there are bigger hurdles Moscow may face. First off, would exchanges comply with any order to hand over crypto? And second, how would the authorities manage to confiscate coins protected by a private key only the cybercriminal knows?

A big announcement was made during Hong Kong Fintech Week, with the territory’s monetary authority confirming it is conducting research into applications for a central bank digital currency. It has also emerged that the Hong Kong Monetary Authority has signed a blockchain collaboration with the People’s Bank of China, which is touted as the first economy that will achieve such a milestone. It seems the HKMA is particularly interested in how a CBDC could benefit financial institutions — namely when it comes to domestic interbank payments and wholesale corporate payments. Less of an emphasis is being placed on retail use given how consumers already have widespread access to mobile payment services.

Chinese authorities have confirmed in new official documents that BTC mining is not going to face a state crackdown. Previously, the practice had been listed as one of the government’s targets. It’s a rare boon for BTC-related activities in China, a country where cryptocurrency outside of the central bank’s control remains all but banned. Last month, BTC/USD prices soared when President Xi Jinping called for the adoption of blockchain technologies to be accelerated across the country. The latest announcement appeared to have little impact on the crypto markets, but it’s good news for the likes of Chinese mining giant Canaan Creative, which recently unveiled plans for a $400 million IPO.

The head of Facebook’s Calibra platform has doubled down on claims that personal data from the social network will never entwine with financial data from its crypto wallet. To this end, David Marcus has revealed that Calibra is exploring whether it will be possible for third parties to verify this is the case. Fellow executive Kevin Weil has also been speaking out this week, and said Libra will be more comparable to email technology than payment services such as PayPal. All this came as the European Union warned “all options should be on the table” when it comes to Libra — with member states warning they could block the project from launching if it is deemed to present “unmanageable or excessive risks.” And, in other developments, a draft document issued by the EU has suggested that the union should consider issuing its own digital currency.

Coca-Cola’s bottlers are implementing blockchain technology to manage their cross-party transactions, it emerged this week. The tech firm that manages IT operations is using a blockchain solution to make the supply chain run smoother. Multiple franchises manufacture, bottle and ship a whopping 160,000 orders of Coca-Cola products on a daily basis. Andrei Semenov, a senior manager at Coke One North America, said the technology was helping to speed up transactions and save money — with the duration of order-reconciliation being slashed from 50 days to just a few days. 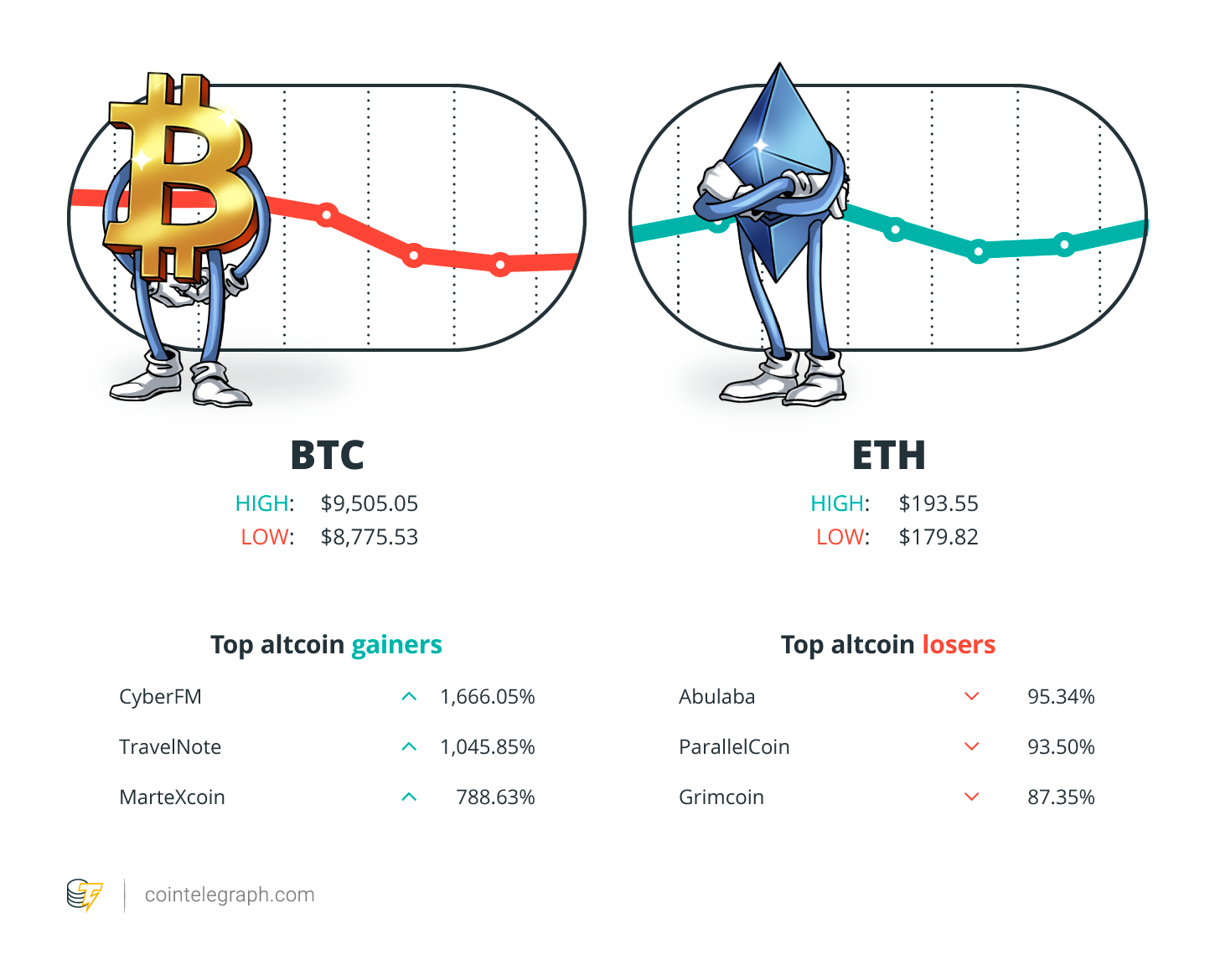 “For us, cryptocurrency is already a significant issue and we can project out pretty easily that it’s going to become a bigger and bigger one.”

“The anonymity afforded by such technologies enables terrorist financiers to obfuscate their activities.”

“99% of all crypto probably goes to zero, but there is that 1% where I think that is focused on solving a real problem for real customers and is able to do that at scale.”

“The constant growth trend in crimes using virtual assets, and the lack of consumer protection in the face of this kind of criminal onslaught, naturally dictate the need to develop mechanisms for legal regulation and control of virtual asset exchange.”

“We have built very strong firewalls between Calibra and Facebook in such a way that if you’re on the Facebook side, no one can have access to that data.” 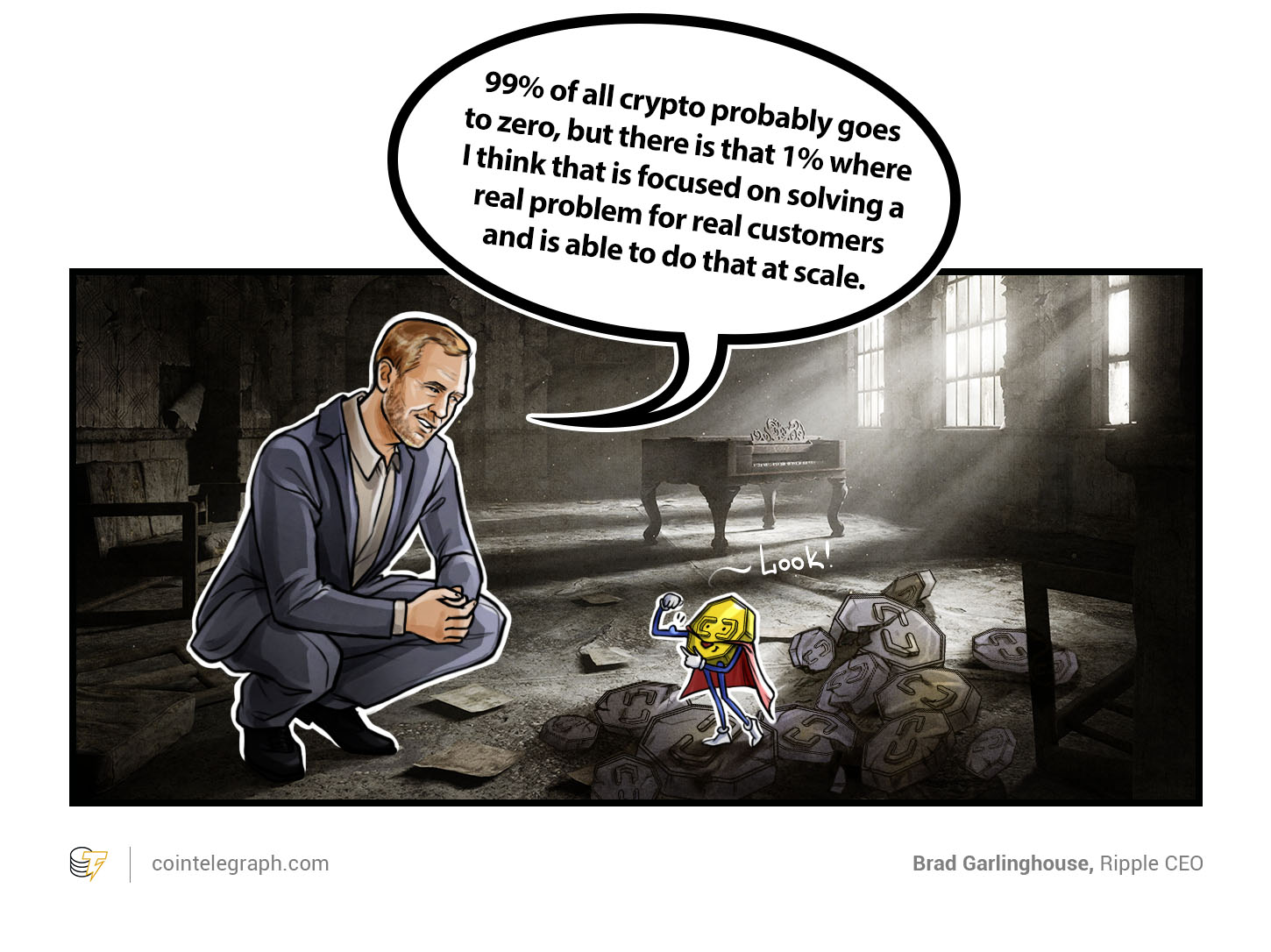 “After careful evaluation, we regret to announce that Bitfinex Token Sales and the K.im team have mutually agreed not to hold the token sale at this time.”

“I know what cryptocurrencies are, but I do not use them yet myself. I don’t use money at all.”

Sophia the Robot, at the Web Summit 2019

We love a good prediction at Hodler’s Digest. This week, Roger Ver said he was planning to give $5 in Bitcoin Cash (BCH) to each of his Facebook friends — all with a view to catalyzing the adoption of the world’s fourth-largest cryptocurrency in terms of market capitalization. He said that humble $5 “could easily be worth $5,000 some day” — an increase of 99,900%. Those who aren’t part of Ver’s inner circle on Facebook are being given the chance to receive $1 in BCH. Hundreds of people have since commented with their wallet addresses, hoping to get a slice of the action. BCH’s price stood at $287 at the time of this writing, meaning the coin would need to soar to an eye-watering $287,000 for his prediction to be realized. 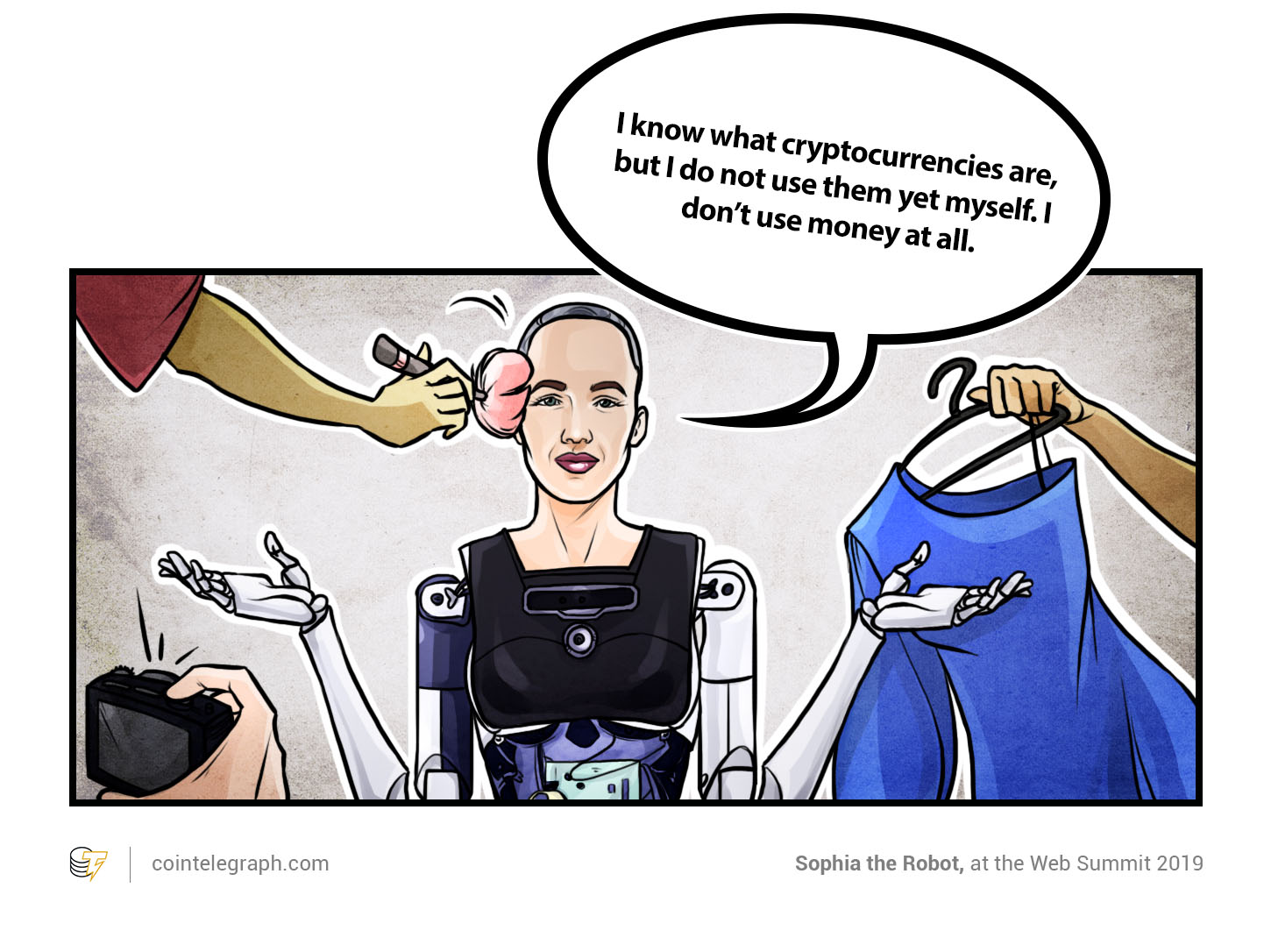 Introduction of the Week

A note from the editor: Allow me to introduce myself

Meet the new executive editor of Cointelegraph! His name is Jay Cassano, and his appointment marks a return to blockchain journalism. Here’s what he has to say: “We’re at a unique moment when blockchain’s Wild West is bumping up against its wider adoption by mainstream society. From Facebook to the Chinese government, powerful interests are getting involved in this technology. And at the same time, bad actors operating in a largely unregulated space still try to take advantage of unsuspecting enthusiasts. These developments make the role of independent media covering the space all the more critical.”

Illinois state lottery winner puts half his $500,000 into Bitcoin

After winning $500,000 in the state lottery, an Illinois resident didn’t hesitate in deciding how he was going to spend his winnings. He put half of his cash haul immediately into BTC — all with a plan of hodling for a year. After taxes, he would have invested a total of $178,500 in BTC — and it seems to have been a strategy that has paid off handsomely. He acquired his BTC back in May, and since then, prices have risen by more than 63%, increasing his winnings substantially. Responding to his post, Reddit contributors said there were only two things he appears to have done wrong: first, failing to invest 100% of his windfall into BTC; and second, publicizing his story and making himself a potential target for criminals.

There have been some confusing scenes in Venezuela this week, where President Nicolas Maduro appeared on state-run television holding a crypto hardware storage device that was allegedly developed by Trezor, a major wallet supplier. He was flanked by people who claimed to be from a business called Trezorvenezuela. The company initially denied having any association with the country — insisting it doesn’t have resellers based there — and vowed to launch an investigation. It has since emerged that Trezorvenezuela was briefly an authorized reseller before its status was rescinded because of inactivity.

Bitfinex abruptly canceled its token sale for K.im, Kim Dotcom’s BTC content sharing service, this week. In a blog post, executives said they had agreed not to proceed with initial exchange offering, which had a planned fundraising goal of $8 million. In a statement, Bitfinex said “the regulatory environment has rapidly evolved” since the project was announced, which clarified the risks associated with raising funds.

A recently updated academic paper has claimed that a single player or entity was responsible for BTC’s historic price surge. But analysts are not convinced that someone could single-handedly drive up prices up to such an extent. Stephen O’Neal has more.

The SEC does not want crypto ETFs — what will it take to get approval?

October was a busy month as companies competed to register the first crypto exchange-traded fund that was compliant with the requirements of the U.S. Securities and Exchange Commission. Kirill Bryanov explores what it would take for the SEC to finally give the go-ahead to one of these applications.