The New York attorney general’s office alleged this week that crypto exchange Bitfinex lost $850 million and subsequently used funds from affiliated stablecoin operator Tether to secretly cover the shortfall. The attorney general’s office has obtained a court filing that alleged that Bitfinex’s operator, Tether Limited and its associated entities were in violation of New York law with activities that may have defrauded New York-based crypto investors. Bitfinex has already publicly renounced the accusations, repeating in a blog post that both its platform and Tether are financially sound and claiming the court filings are “riddled with false assertions.” Amid the allegations, Bitfinex withdrew funds worth almost $90 million from its cold wallet.

Masayoshi Son, a Japanese billionaire and the founder of multinational conglomerate SoftBank Group, reportedly lost over $130 million with his bitcoin (BTC) investment. According to unnamed sources speaking to the Wall Street Journal, Son invested at the recommendation of Peter Briger, the co-chairman of asset management company Fortress Investment Group. However, Son allegedly invested in bitcoin when it was near its $20,000 all-time-high in late 2017 and sold during the 2018 bear market, losing $130 million. According to Bloomberg, Son’s net worth is $18.8 billion and has grown by more than 54% over the last year.

According to unnamed sources speaking to a crypto industry publication, South Korean electronics giant Samsung is possibly developing a public-private blockchain with its own cryptocurrency, the Samsung Coin. The sources note that the alleged project would be developed by the company’s dedicated blockchain division, and that it would take the form of a blockchain mainnet based on Ethereum. The Ethereum-based offering, according to the reports, would probably incorporate elements of both public and private details, noting that he or she thinks “it will be hybrid — that is, a combination of public and private blockchains.” 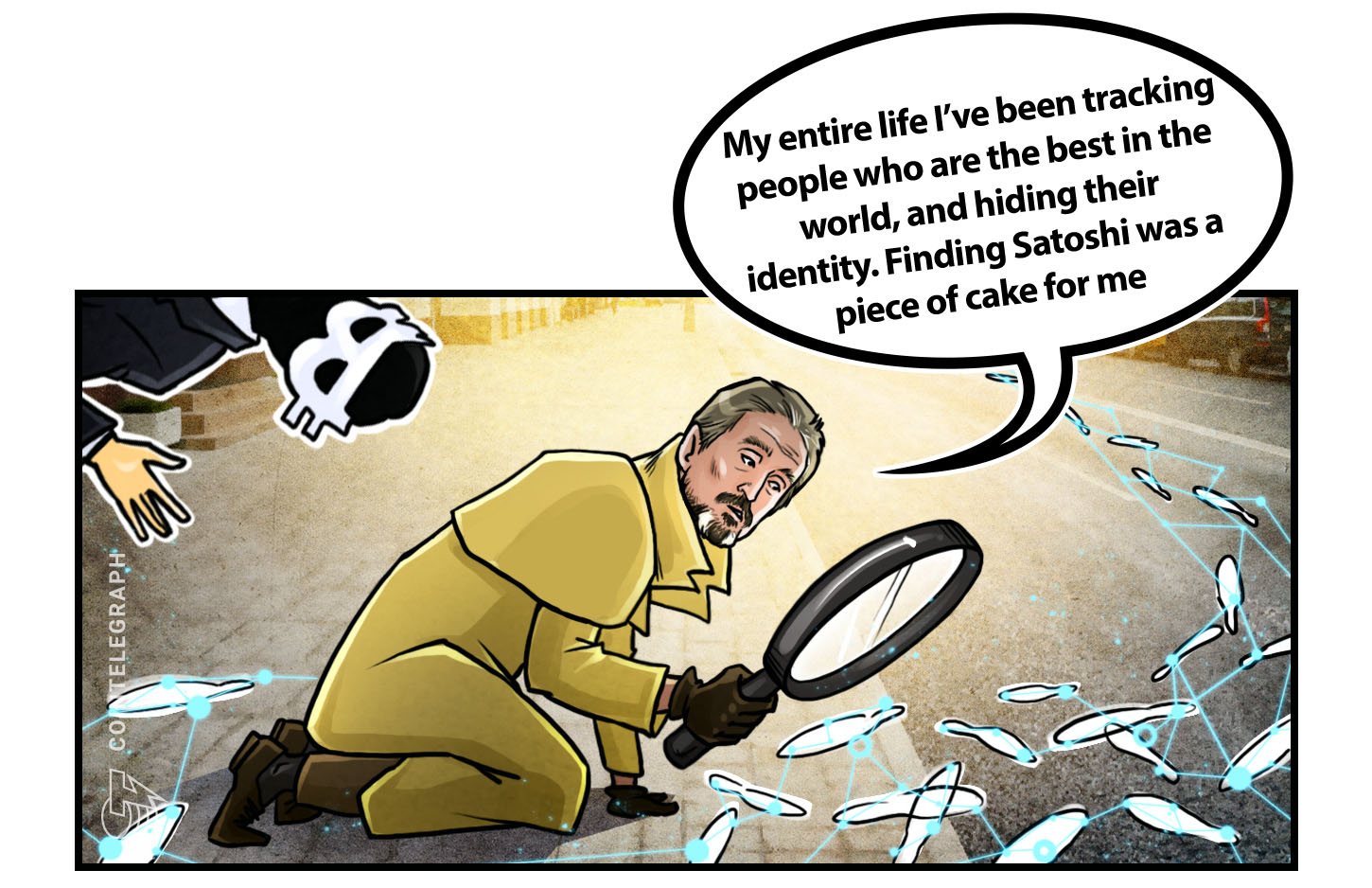 If a $13.2 billion equity deal goes through, cryptocurrency exchanges Korbit and Bitstamp could soon have Walt Disney Corp. as their owner. According to a Korean news outlet, the chairman of online gaming giant NXC Corporation, Jung-ju Kim, plans to sell his 98.6% stake in the company. Since NXC owns 47% of Nexon, South Korea’s largest game developer — which has stakes in the aforementioned cryptocurrency exchange — Disney would become a coincidental player in the cryptocurrency, pending the deal’s closure. To date, Disney’s only foray into the cryptocurrency sphere has been its Dragonchain blockchain, which has remained a fringe project despite a 2017 initial coin offering (ICO) raising around $13 million.

According to a report released by Independent Security Evaluators, a so-called “blockchain bandit” has amassed almost 45,000 ethers (ETH) by successfully guessing weak private keys. Adrian Bednarek, a senior security analyst, discovered the hacker accidentally after uncovering 732 private keys through his research, using a combination of looking for faulty code and faulty random number generators rather than a brute force search. Looking at the findings, Bednarek realized that some of the wallets associated with the private keys he had found had a high volume of transactions going to a single address, with no money coming back out. At the end of ETH’s value, the total amount of ether allegedly stolen was equal to around $50 million. 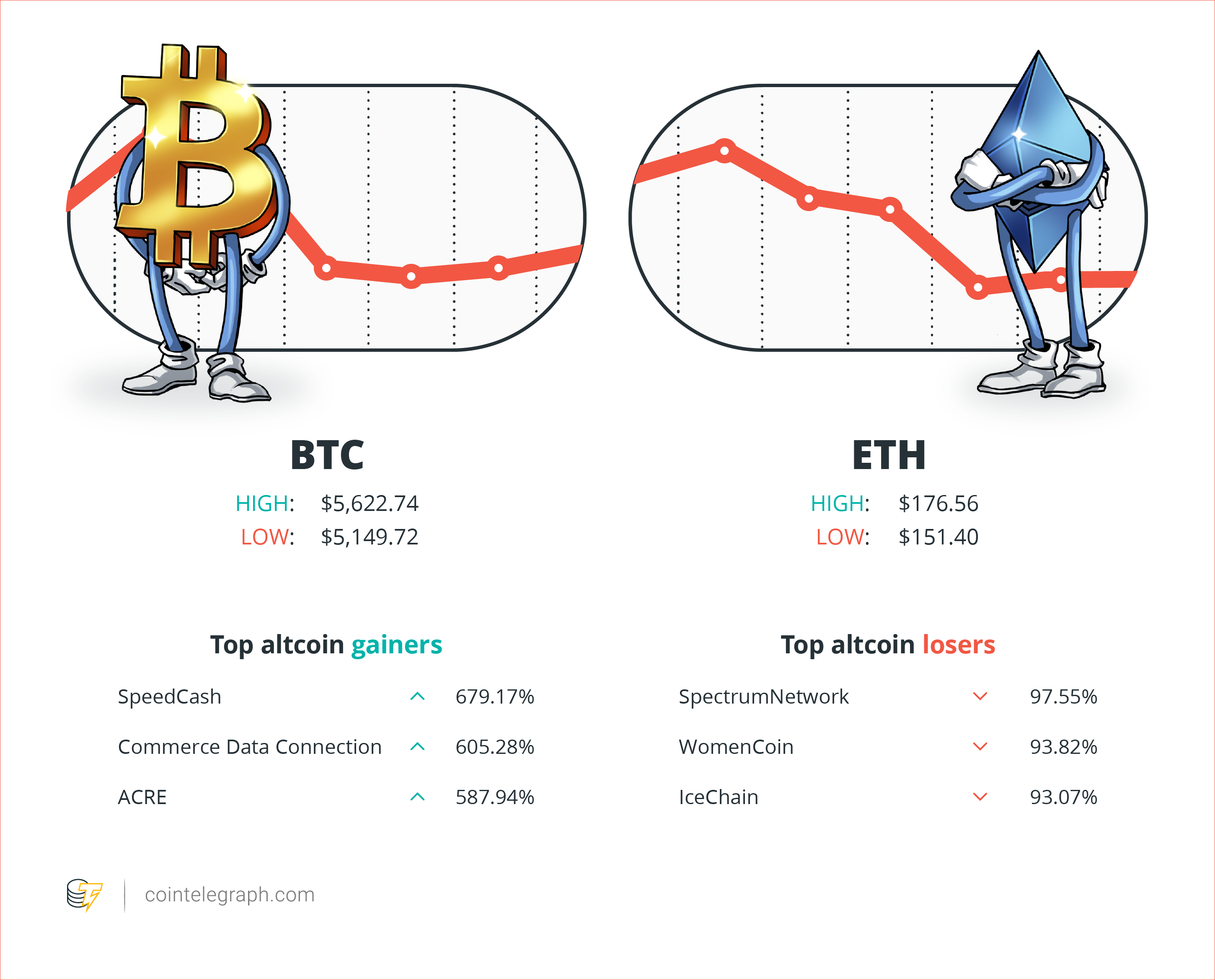 “We have been investing for the last year to re-architect our entire platform to support multiple blockchains in the face of global regulation. Global regulation of the cryptocurrency industry is inevitable for this truly borderless financial system to achieve mainstream adoption.” 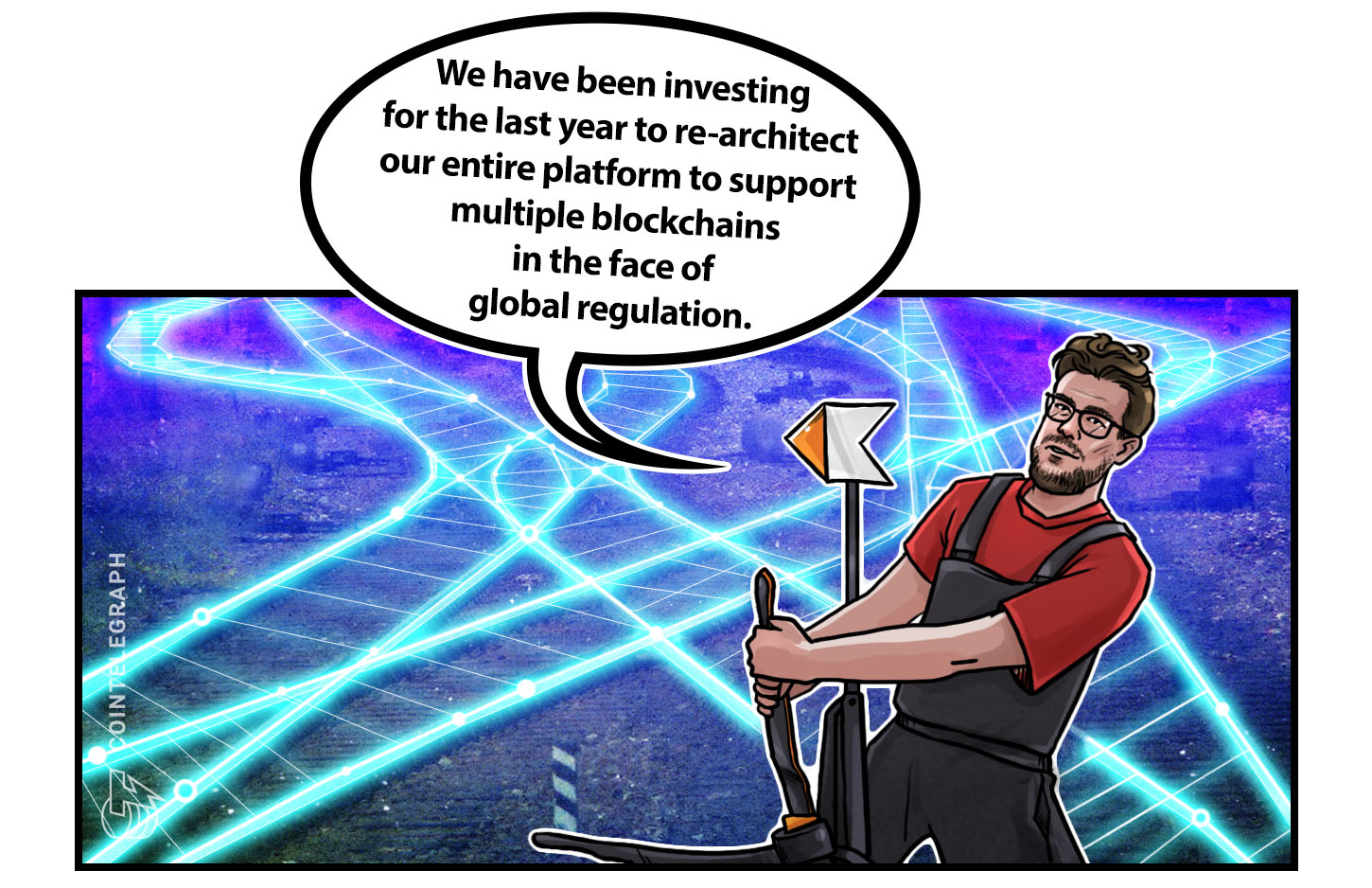 “My entire life I’ve been tracking people who are the best in the world, and hiding their identity. Finding Satoshi was a piece of cake for me.”

“What is preventing the banking industry from rushing into it? I think it’s mostly culture. I think the tipping point is about having an entrepreneurial culture, a willingness to push people to keep asking why.”

FUD of the week

According to a Decrypt investigation, white paper writers are earning between $1,000 and $50,000 per job. However, a number of them have accused some startups of asking them to mislead investors. As part of the investigation, freelancers that were interviewed said that they were “constantly required to fabricate and exaggerate facts,” including the addition of fake numbers and inventing entire business models for their clients. One anonymous United States-based white paper writer noted that copyright infringement often occurs, as startup executives ask writers to include details of patented technology belonging to rival companies. Notably, those interviewed said they have reported a recent uptick in demand for white paper writing.

Major U.S.-based cryptocurrency exchange Coinbase has filed to close its political action committee (PAC) this week. According to the filing, Coinbase’s PAC received no funds nor make any disbursements, and is now seeking to terminate the PAC. According to the regulations, a PAC must file a termination report in order to cease operations once it no longer intends to make or receive contributions or expenditures. Coinbase had formed the PAC in July of last year, becoming a founding member of the Blockchain Association in September — Washington D.C.’s first lobby group to exclusively represent the interests of the blockchain industry.

According to an unnamed official familiar with the matter, a draft bill that would ban cryptocurrency is allegedly circulating among various departments of the Indian government. The draft bill, dubbed the “Banning of Cryptocurrencies and Regulation of Official Digital Currencies Bill 2019,” is reportedly part of inter-ministerial consultations. A committee made up of various economic and investor protection departments of the Indian government has allegedly supported the idea to completely ban the “sale, purchase and issuance of all types of cryptocurrency.” According to the source, this committee is reportedly considering an option to ban digital currency under the Prevention of Money Laundering Act, as it can be used for money laundering. 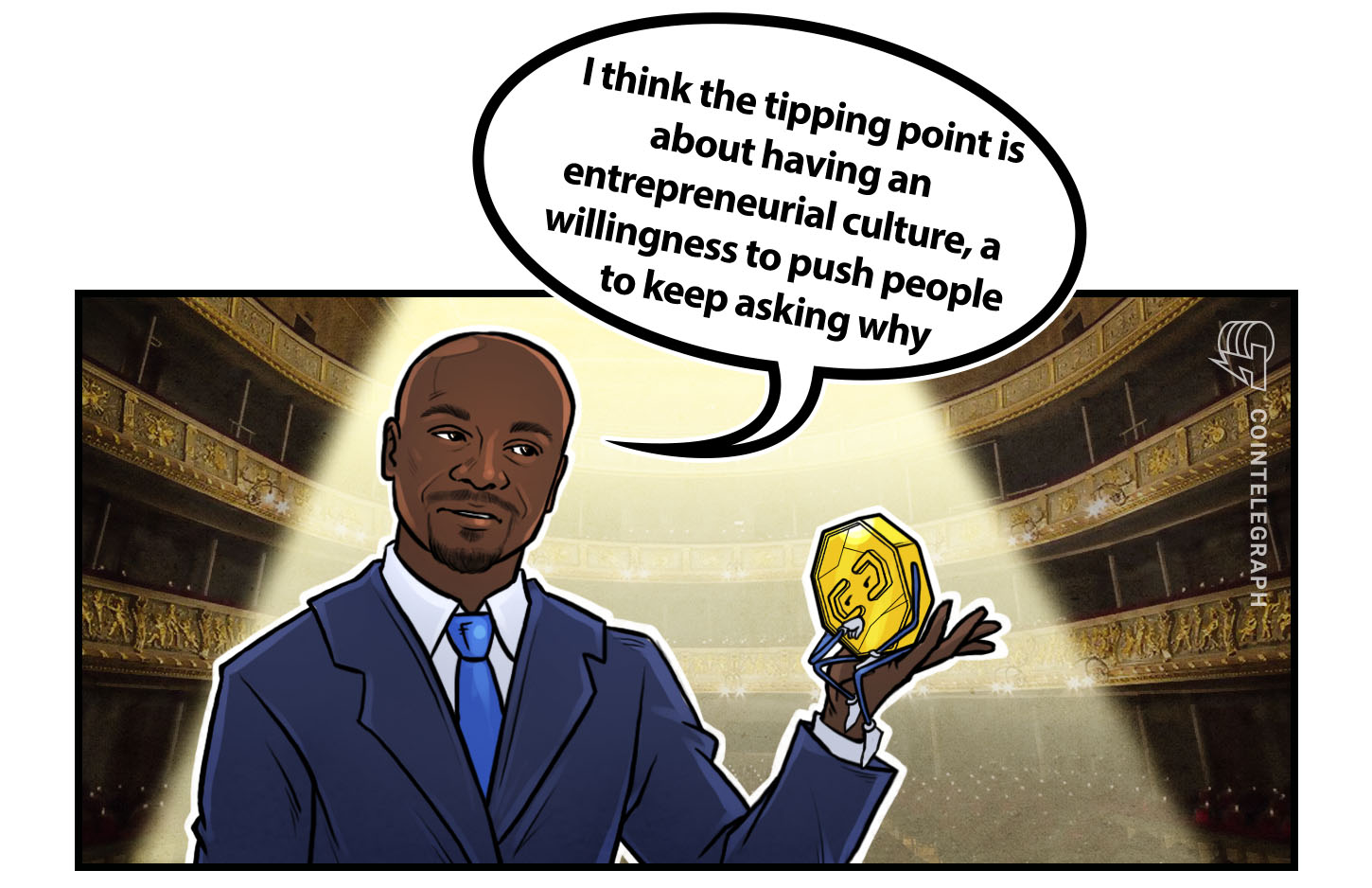 IMF Spring Meetings: Digital Money Is Imminent, but No Decentralization in Sight

In some small but important steps for adoption, the IMF’s Spring Meetings touched on the positive disruption that blockchain can bring, as well as the possibilities opened by a central bank digital currency.

The Burst of the Bitcoin Bubble: An Autopsy

Marcello Minnena of the quantitative analysis and financial innovation unit in Consob gives an analysis of what’s been going on with the top crypto’s behavior and where a floor may possibly be.

Mutual Owners, Mutual Funds: What We Know About the Bitfinex/Tether Scandal

After this week’s ongoing scandal involving Bitfinex, Tether and the U.S. Attorney General, Cointelegraph gives an overview of all of the events of this relatively confusing situation.