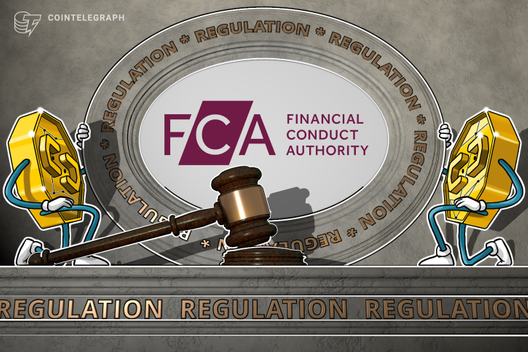 Major British regulator, the Financial Conduct Authority (FCA), will not regulate Bitcoin (BTC) as a part of its recent guidance on crypto assets.

On July 31, the FCA issued its finalized policy statement on cryptocurrencies in a document titled “PS19/22: Guidance on Cryptoassets.” The document represents an updated version of a consultation paper on crypto assets that was first released for public comment in January 2019, and intends to bring more regulatory clarity to the existing types of digital assets.

In the document, the FCA considered major cryptocurrencies such as Bitcoin and Ether (ETH) as “exchange tokens,” describing them as types of crypto assets that are “usually decentralized and primarily used as a means of exchange.” The regulator emphasized that such digital currencies do not fall under the regulatory scope of the FCA and is outside its remit.

Security tokens and e-money are under regulatory perimeter

On the other hand, two other types of digital assets, including security tokens and utility tokens, do fall under the regulatory perimeter or may be regulated in some sense, the FCA wrote.

As such, the FCA said it will be regulating security tokens as they are considered as digital assets with specific features that mean they provide rights and obligations akin to specified investments such as shares or debt instrument. Meanwhile, activities involving utility tokens may be regulated in case if they meet the definition of e-money in some circumstances, the FCA stated.

In the paper, the FCA also noted that some stablecoins may fall under the authority’s regulation, still adding that not every stablecoin will meet the definition of e-money, or a security token.

Earlier this month, Cointelegraph reported on the FCA preparing a potential ban on the sale of crypto derivatives such as Bitcoin futures to retail investors.