According to documents released by USD stablecoin tether’s (USDT) lawyers, the company behind the stablecoin only has enough fiat reserves to back a little less than three-quarters of its existing supply — 74%. Tether executives had previously publicly promised that each tether was backed one-to-one to the USD, a claim that has been disproven by the lawyers’ document release. The need to release the figures comes from the recent claims by the U.S. attorney general in New York that cryptocurrency exchange Bitfinex, which shares its CEO with Tether, used reserves to plug holes left from a problematic outsourcing agreement earlier in 2018. The document notes that the funds are invested, and the arrangement mimics a fractional reserve system.

According to a report from the Wall Street Journal this week, social media giant Facebook is seeking investments worth $1 billion for its rumored cryptocurrency stablecoin. Citing unnamed sources, the WSJ writes that Facebook is currently talking with payment networks Visa and MasterCard about potential support for the plan. The project, known as FB Coin, has already been rumored for about a year, with various options for its form, including an option for payments on a combination of WhatsApp, Facebook Messenger and Instagram. As Cointelegraph has previously reported, interest in a fiat-centric FB Coin has already reportedly come from within cryptocurrency circles, specifically in the form of VC investment mogul Tim Draper. The WSJ notes that a large fiat backing is necessary in order to avoid volatility.

Elon Musk, tech entrepreneur and Tesla CEO, and Ethereum’s co-founder Vitalik Buterin engaged in a relatively one-sided Twitter discussion this week after Musk tweeted one word: “Ethereum.” In response, Buterin extended an invitation for Musk to attend Ethereum’s DevCoin in October, with Musk parrying back with a question concerning future Ethereum network development. Buterin then laid out a five-point list of his top picks for the network’s development: the creation of a “globally accessible financial system, including payments, store of value […] insurance,” as well as a disintermediated ETH-powered digital identity infrastructure. He also proposed the creation of registries and certificates that would be digitally signed, certified and even revoked on-chain. 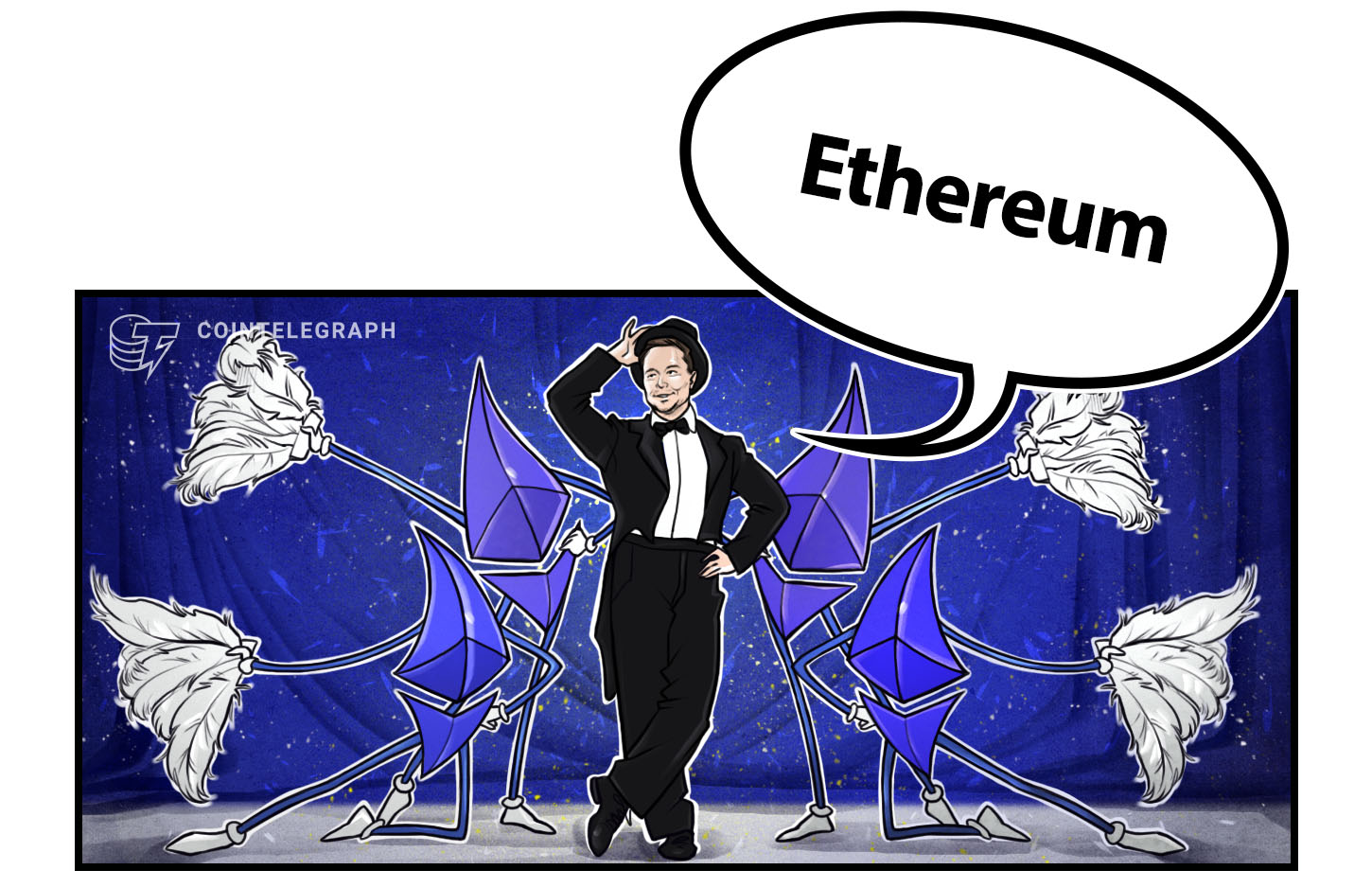 Bakkt, the Intercontinental Exchange (ICE)-lead institutional cryptocurrency trading platform, аcquired crypto custodian service Digital Asset Custody Company (DACC) this week. In an announcement of several new measures that reportedly aim to stimulate regulatory feedback, the entire DACC team will be joining Bakkt, with DACC’s native support of 13 blockchains and 100+ assets designed to “serve as an important accelerator.” Bakkt also revealed in the same post this week that it has filed an application with the New York Department of Financial Services to operate as a trust company, which will enable the firm to serve as a qualified custodian for digital assets.

Jaguar Land Rover, a United Kingdom car manufacturer, will use blockchain network Iota as a pilot to reward drivers with crypto in exchange for data reporting. As part of a plan to better gather information on both road conditions and vehicle performance, Jaguar will distribute Iota tokens to “Smart Wallets” tied to participating drivers. The partnership is part of Jaguar’s “Destination Zero” scheme, which has the goal of tackling accidents, congestion and emissions within the automotive industry. According to one executive, the partnership could enable the users of autonomous cars in the future to participate in the sharing economy. 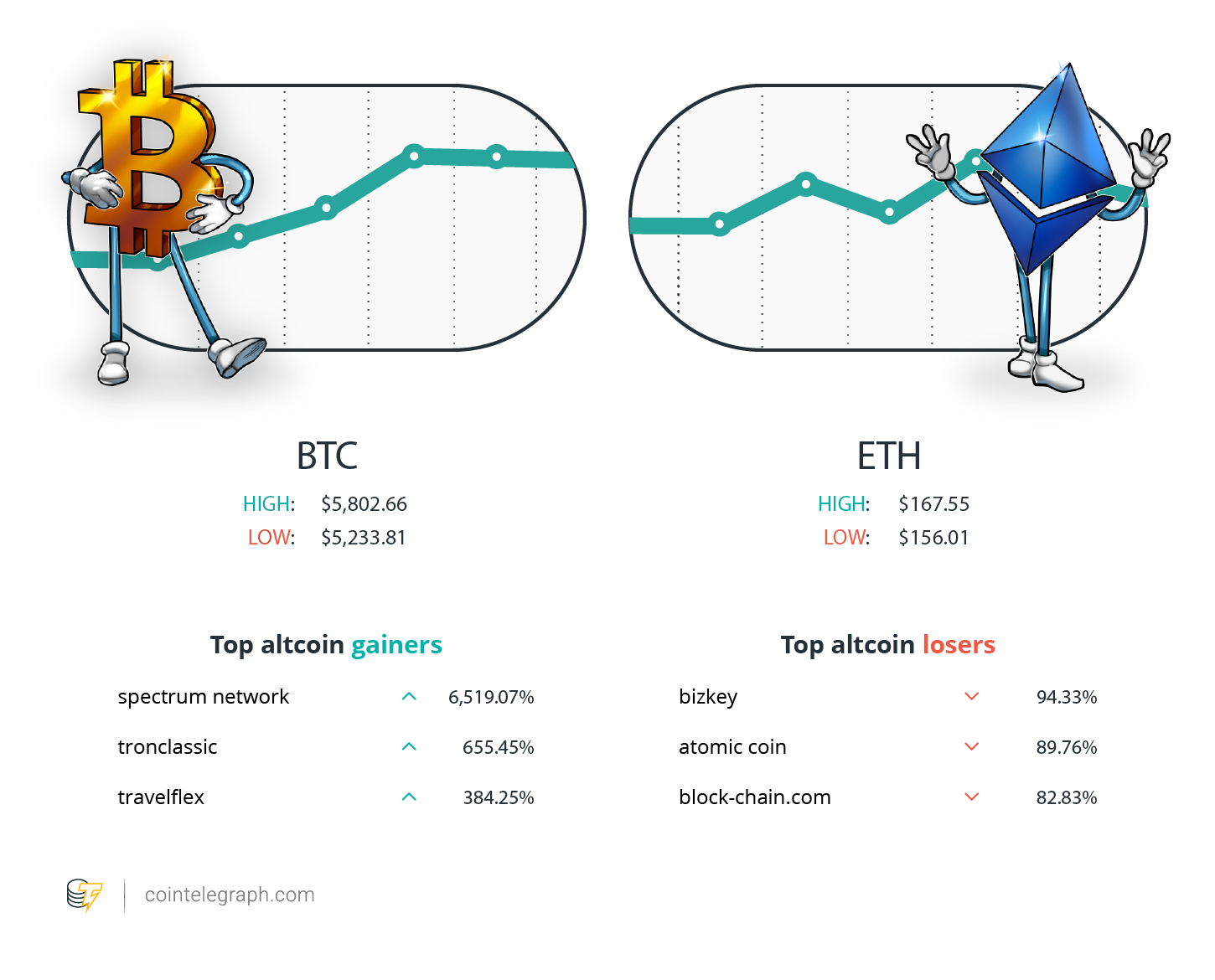 “Labor wants to address this, investing in Australians to develop job skills that are in high demand now and into the future.” 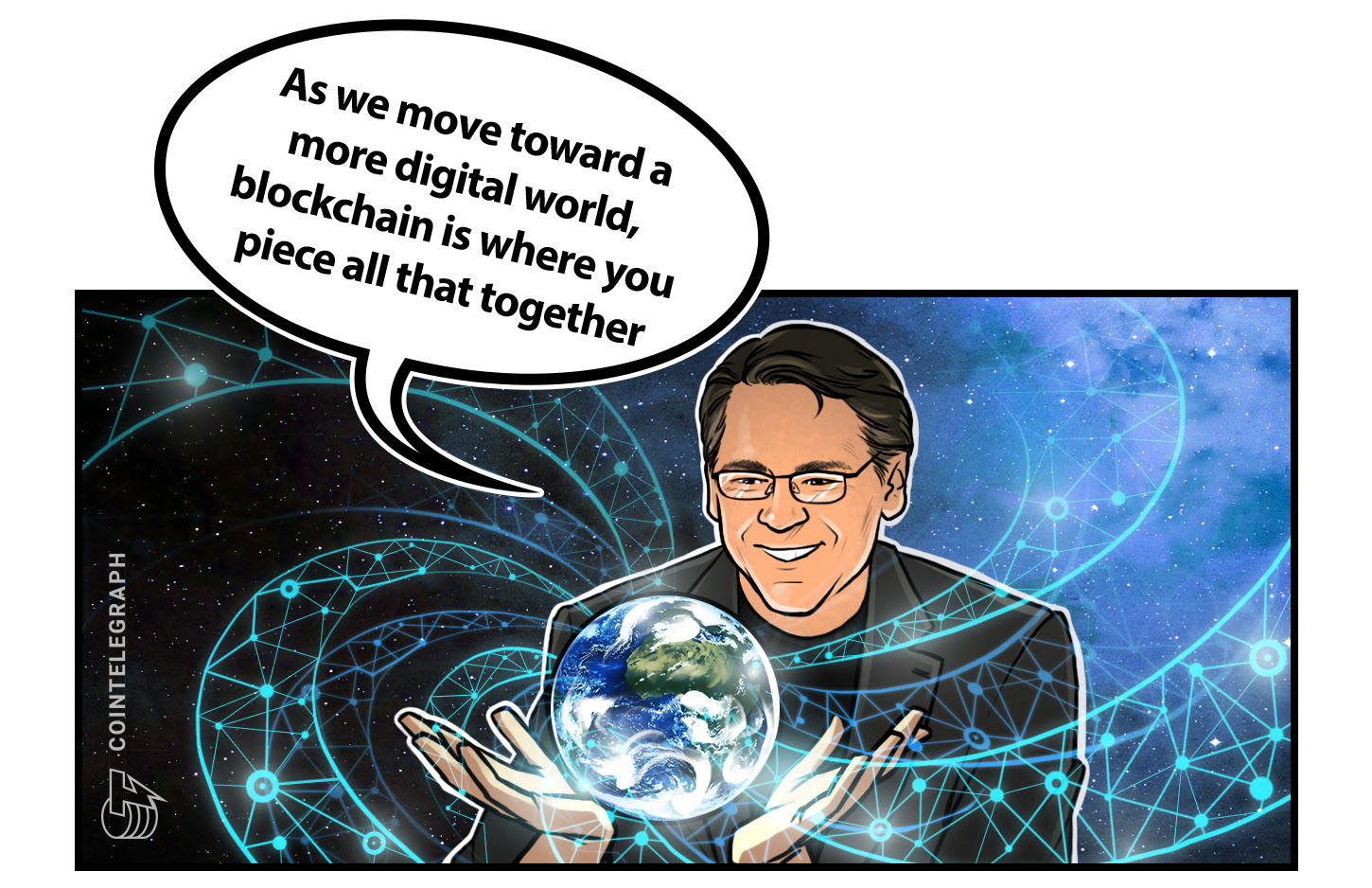 “There is an incredible amount of information moving with an international package. An incredible amount of paperwork [such as] certificates of origin, and certain commodities require specific licenses. That information moves sometimes in digital forms and sometimes paper forms. As we move toward a more digital world, blockchain is where you piece all that together.”

“The Commission anticipates new applications for clearinghouse registration resulting from the explosion of interest in cryptocurrencies; an area in which protection of the cryptocurrencies will be one of the highest risks.”

“Both blockchain and industrial cannabis are the future, and both are embraced by the younger generation […] we are always on the search for new business growth opportunities.”

Tom Lee, the founder of Fundstrat Global Advisors, predicted this week that crypto prices will hit a new historic high by 2020. In an interview with CNBC, Lee forecast that bitcoin’s projected upward growth is based on “11 signs that historically only take place in a bull market.” Out of those 11, three of the signs — blockchain, technical indicators and trading volumes — indicate that the crypto winter has come to an end. Lee notes that the trading volumes indicator is related to the increase in activity with over-the-counter brokers. 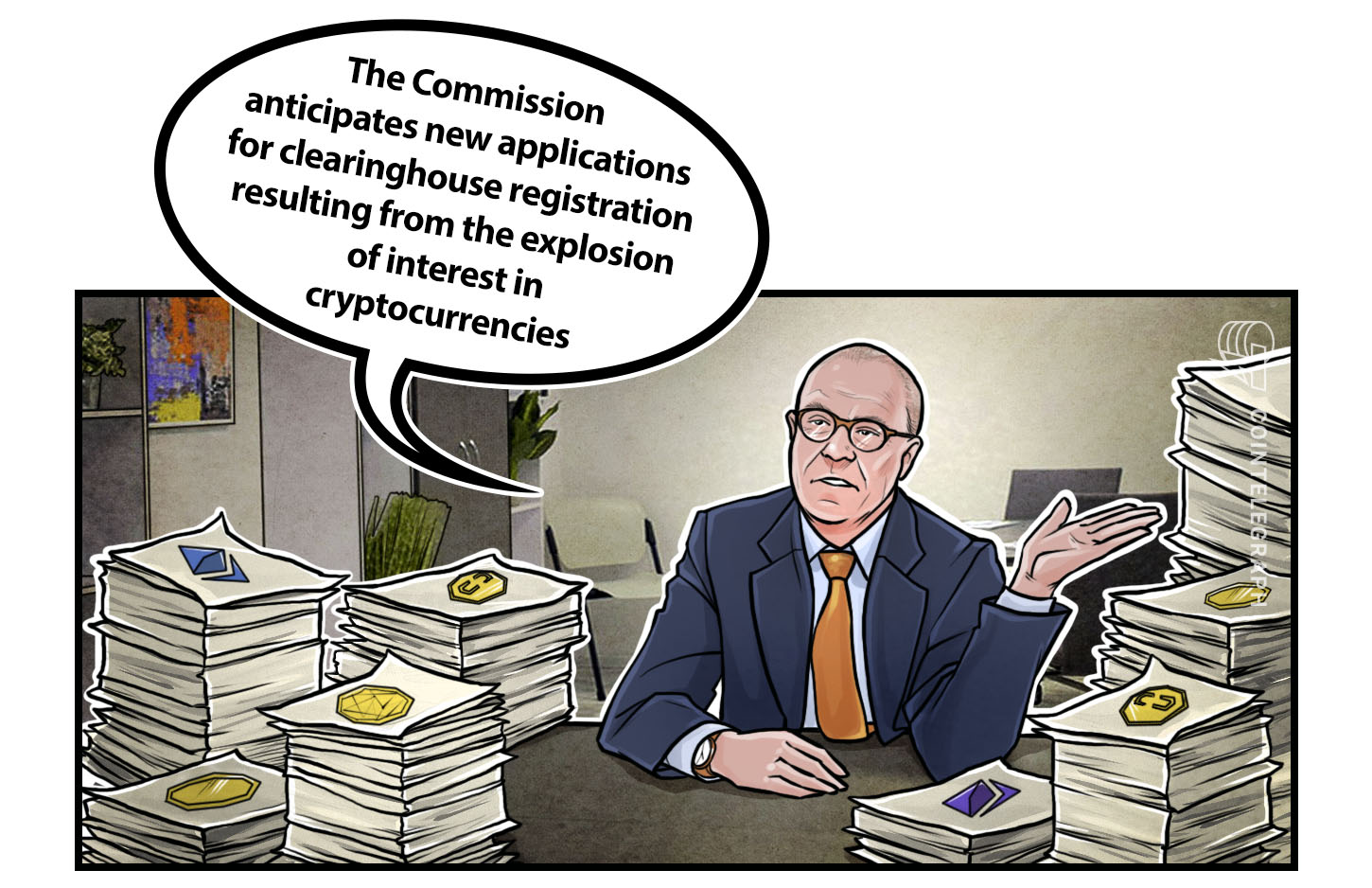 Vice’s Motherboard reported this week that some users of Microsoft’s email services like Outlook, Hotmail and MSN have had their cryptocurrency holdings stolen. According to Microsoft, after an initial breach of consumer emails through a Microsoft support agent account took place earlier this year, hackers were reportedly able to change users’ passwords and access their crypto exchange accounts. Microsoft had initially reported that the contents of emails had not been accessible to the hackers, but reports have since surfaced that they had indeed been able to read email content.

With the ongoing Denial-of-Service (DoS) attack on the servers of the Electrum bitcoin (BTC) network, research this week found that the number of infected wallets has reached 152,000. Research firm Malwarebytes, stating that the volume of funds stolen is now at around $4.6 million, pinpointed a loader dubbed Trojan.BeamWinHTTP, which is also involved in downloading the previously detected Electrum DoSMiner. According to the research, most of the bots are located in the Asia Pacific region, Brazil and Peru, with the botnet that is attacking the Electrum infrastructure constantly growing. Cointelegraph had already reported in early April that the DoS attack on the Electrum network reportedly involved a malicious botnet of more than 140,000 machines.

The United States Securities and Exchange Commission (SEC) has temporarily suspended securities trading at crypto exchange Bitcoin Generation. According to the SEC’s announcement, the suspension will be in effect from 9:30 p.m. EDT on April 29 until 11:59 p.m. EDT on May 10. The government regulator cites “concerns about the accuracy and adequacy of information in the marketplace” surrounding its outstanding common stock, promotional activities and the impact they had on the market, as well as the current financial condition of the company. The announcement urgest brokers and dealers not to enter quotations relating to Bitcoin Generation’s securities unless they strictly comply with the commission’s rules.

After bitcoin’s price surge this week, Cointelegraph took some expert opinions that could explain how the top crypto hit its highest peak in about six months.

‘Cryptokicks’: What We Know About Nike’s Potential Gateway Into Crypto

When the media uncovered Nike’s trademark for “Cryptokicks” last week, speculation abounded as to how serious the sneaker giant was about getting into crypto. In this analysis, Cointelegraph runs down the likelyhood of “cryptokicks” being introduced to the market.

How Security Tokens Can Prevent an Impending Financial Crisis

As one could argue that cryptocurrencies, bitcoin specifically, were created as a way to prevent a future repeat of the 2008 financial crisis, three technology and financial experts weigh in on the importance they see in security tokens.