Binance, one of the largest cryptocurrency exchanges by daily trade volume, experienced a security breach this week, losing a little over 7,000 bitcoins (BTC). CEO Changpeng Zhao stated at the time that the bitcoins were withdrawn from its hot wallets, which contain only 2% of the exchange’s total bitcoin holdings. In the interim, proceedings from the hack have been moved to seven addresses. CZ devoted a live AMA on Twitter to address community concerns in the wake of the hack, also discussing the idea of a Bitcoin chain reorganization. In response to criticism of using the term “reorg,” CZ later apologized, but noted that “it is my strong view that our constant and transparent communication is what sets us apart from the “old way of doing things.”

Embattled cryptocurrency exchange Bitfinex confirmed it would conduct a $1 billion so-called initial exchange offering (IEO) in a whitepaper issued on May 8, with a Bitfinex shareholder confirming that $1 billion in both hard and soft commitments have been sealed. The exchange is currently facing ongoing legal scrutiny from authorities who accuse it of losing $850 million. The white paper notes that there will be a sale of up to 1 billion LEO tokens, each worth 1 tether (USDT), lasting until May 11, which marks the cut-off point for sales to private investors. Zhao Dong has noted that the $1 billion already committed means there is little chance of a public sale.

Social networking giant Facebook is hiring PayPal staff ahead of its alleged cryptocurrency launch, making up 20% of a 50-person team, according to an unnamed source familiar with the situation. According to the source, the social network company began hiring for a dedicated blockchain team last year, under the auspices of David Marcus, himself a former president of PayPal. The same source notes that the Facebook Coin could be launched as soon as the third quarter of 2019. The Committee on Banking, Housing, and Urban Affairs of the United States Senate is now seeking information on Facebook’s reported cryptocurrency project in response to the rumors over the project.

United States $7 trillion investment firm Fidelity will reportedly roll out bitcoin (BTC) trading for institutional clients in the coming weeks, an unnamed source told Bloomberg. According to this source, Fidelity’s cryptocurrency-focused spin-off, Fidelity Digital Assets, would be adding to the existing range of services, with trading to go live in a soon as in a few weeks. The source noted that the service will primarily target large-volume traders like other over-the-counter (OTC) offerings. Fidelity has not itself confirmed the time frame of the service offering, but did hint that its future direction would only involve more integration with the bitcoin space. Fidelity Digital assets launched in October 2018 and has offered cryptocurrency custody from March this year ahead of planned OTC trading.

United States-based coffee chain Starbucks will begin using  Microsoft’s Azure Blockchain Service to track the production of its coffee. The “bean to cup” initiative, first announced in 2018, involves farmers in Costa Rica, Colombia, and Rwanda piloting a blockchain-based coffee-tracking system. The system, whose pilot program will be open sourced by Starbucks, will allow customers to track the production of their coffee and will open up potential financial opportunities for coffee bean farmers on the backend. Microsoft’s Azure Blockchain Service is a blockchain-as-a-service (BaaS) platform that currently supports Quorum, the Ethereum-based platform of JPMorgan Chase.

“It doesn’t do anything. It just sits there. It’s like a seashell or something, and that is not an investment to me.” 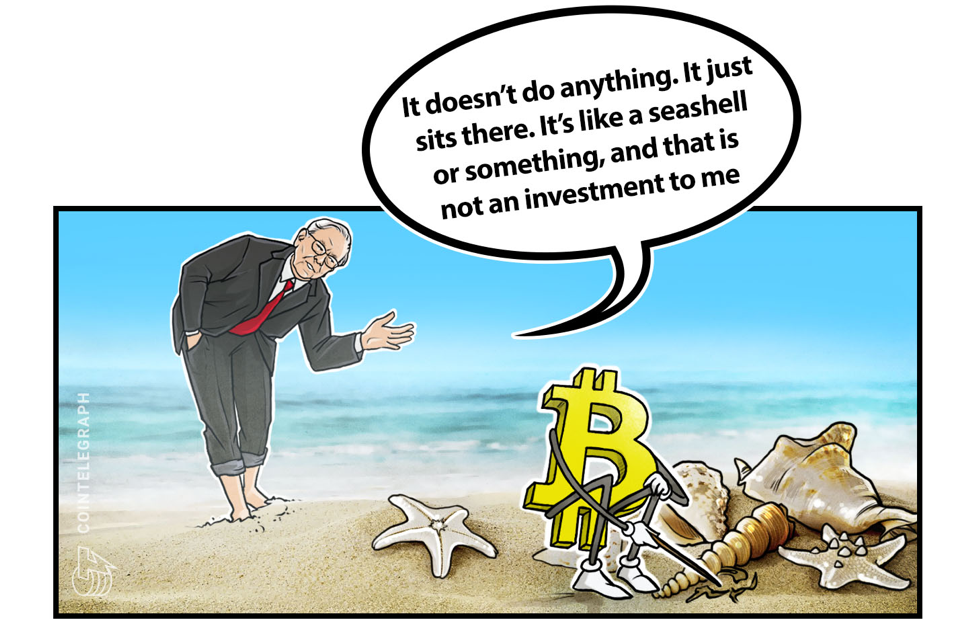 “The debate is over, bitcoin won. It is now seen by people all around the world as a legitimate place to [store] their value.”

“And I think the people who are professional traders that go into trading cryptocurrencies, it is just disgusting. It is like somebody else is trading turds and you decide, ‘I can’t be left out.’” 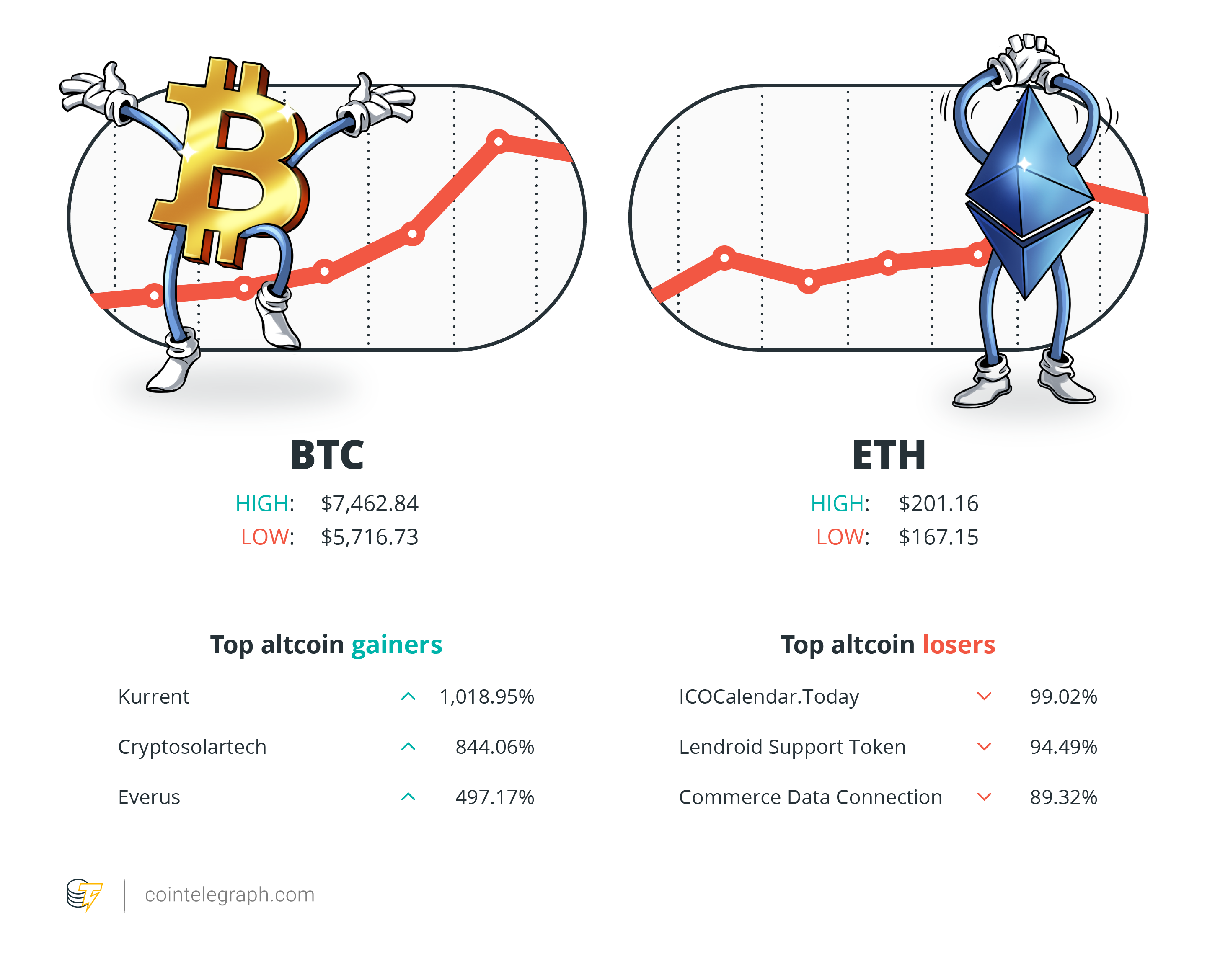 “Blockchain, Komgo, Forcefield, Vakt, one of these will have to work to change how trade is being done. It’s a matter of time. When, I can’t tell, but I think it has to go paperless.”

“I actually think we should shut down the cryptocurrencies.” 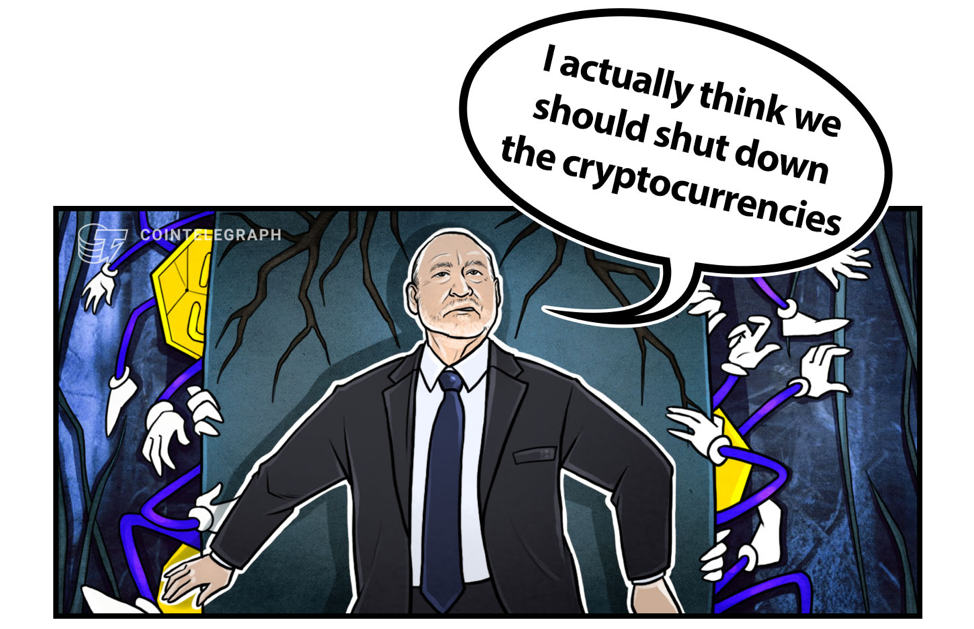 “Ultimately we want to be able to tokenize existing securities — equities, fixed income, funds. Maybe the token will eventually replace the share one day.”

Thomas Zeeb, head of securities and exchanges and director at SIX

“If they came to us with a particular derivative that met our requirements, I think that there’s a good chance that it would be [allowed to be] self-certified by us.”

Michael Novogratz, Galaxy Digital CEO, predicted this week that in his opinion, bitcoin will beat its all-time-high price within 18 months. During an interview, Novogratz added that $6,000 is a stall point, and the next one will be $10,000. The CEO also noted that altcoins were not likely to follow bitcoin’s rise, as they still have to prove their use cases. Illustrating his point with an allusion to the table of elements, Novogratz pointed out that out of the 118 elements present on the periodic table, only “gold has store of value just because.”

The United States District Court of the Southern District of Florida issued an order this week that requires Craig Wright, the self-proclaimed Satoshi Nakamoto, to provide a list of his public bitcoin (BTC) addresses. The court’s order is part of a continuing case against Wright that has been filed by the estate of computer scientist David Kleiman over Wright’s purported thefts of hundreds of thousands of BTC. The plaintiffs had requested that the court make Wright turn over a list of the public addresses of bitcoin he owned as of Dec. 31, 2013, as well as identify all bitcoin allegedly transferred to a blind trust in 2011.

Chinese social media giant and payment service provider WeChat banned cryptocurrency transactions in its payments policy this week. According to a tweet with an alleged screenshot of the policy changes, users who engage in cryptocurrency trading will have their accounts terminated. The updated rules — coming into force on May 31 — state that “merchants may not engage in illegal transactions such as virtual currency,” the issuance of tokens, selling pornography or online gambling. WeChat is a popular messaging and payments service provider in China with the overall number of users allegedly reaching 1.098 billion by the end of last year. 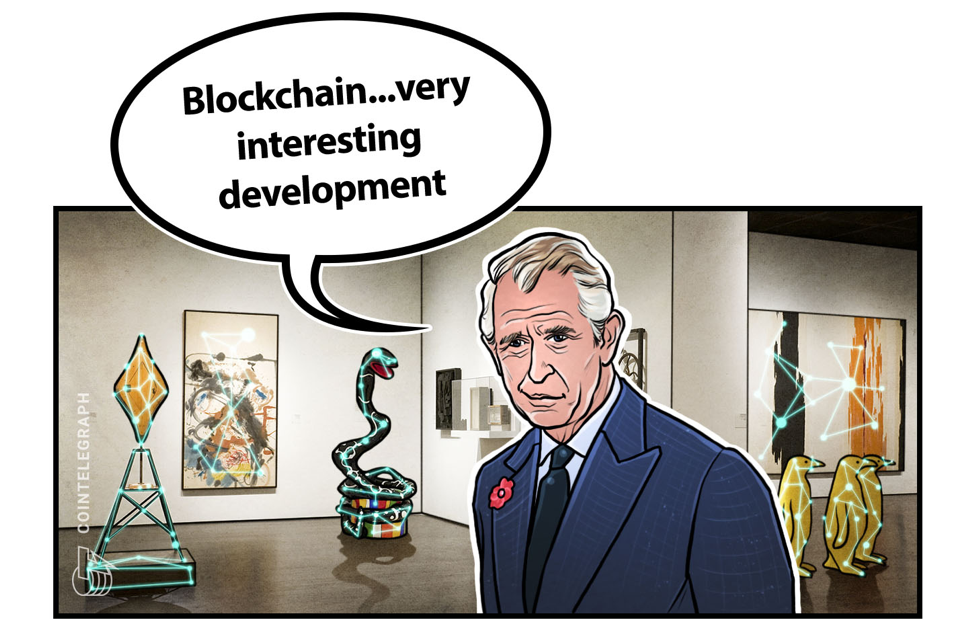 “An awful lot of our international power stems from the fact that the dollar is the standard unit of international finance and transactions […] it is the announced purpose of the supporters of cryptocurrencies to take that power away from us.”

“We should not be trying to guide innovation, but we also should recognize that we cannot stop it and embrace the potential for positive change that innovation offers. Our silence is likely to simply push this innovation and any attendant economic growth into other jurisdictions that have done their work and provided clear guidelines for the market participants to follow.”

“We have teams clearly working on blockchain and cryptocurrency as well, and we want to participate in that in whatever form it takes in the future. I just think it’s a little early on right now.”

Cornell University’s Emin Gün Sirer talks with Cointelegraph about the missions of academics to change the world, and about the new waves of projects to come.

In this latest analysis on India and cryptocurrency, Cointelegraph looks at how the Indian government has toyed with the idea of banning cryptocurrency in the past, and how their stance looks now.

A Landmark for the Blockchain Island

The Junior Minister for Financial Services, Digital Economy and Innovation within the Office of the Prime Minister of Malta gives his thoughts on the new virtual financial assets acts, and how far Malta has gone as the Blockchain Island.

Will Starbucks’ Crypto Endeavours Pave the Way for Mainstream Adoption?