Social media network Facebook has reportedly acquired blockchain startup Chainspace in its first apparent blockchain-related acquisition. According to news outlet Cheddar, the acquisition is considered an “acquihire,” or an acquisition of a company made in order to get the skills or expertise of its staff, as opposed to the company’s service or products. According to Cheddar, four of the five researchers that worked on Chainspace’s academic white paper will be joining Facebook. Facebook had told Cheddar that it had not acquired any of Chainspace’s technology.

According to leaked documents reportedly showing the rehabilitation proceedings of defunct cryptocurrency exchange Mt. Gox, the trustee for the process has sold around $318 million in  Bitcoin (BTC) and Bitcoin Cash (BCH) on trading platform BitPoint. The information, which purportedly comes from the Tokyo District Court, shows incomplete scans of transaction at BitPoint, reportedly confirming that Mt. Gox trustee Nobuaki Kobayashi sold coins on a major exchange to repay creditors. CEO of United States exchange Kraken Jesse Powell has previously noted that Kraken’s suggestions for selling coins in an auction or with an OTC broker were not acted on. 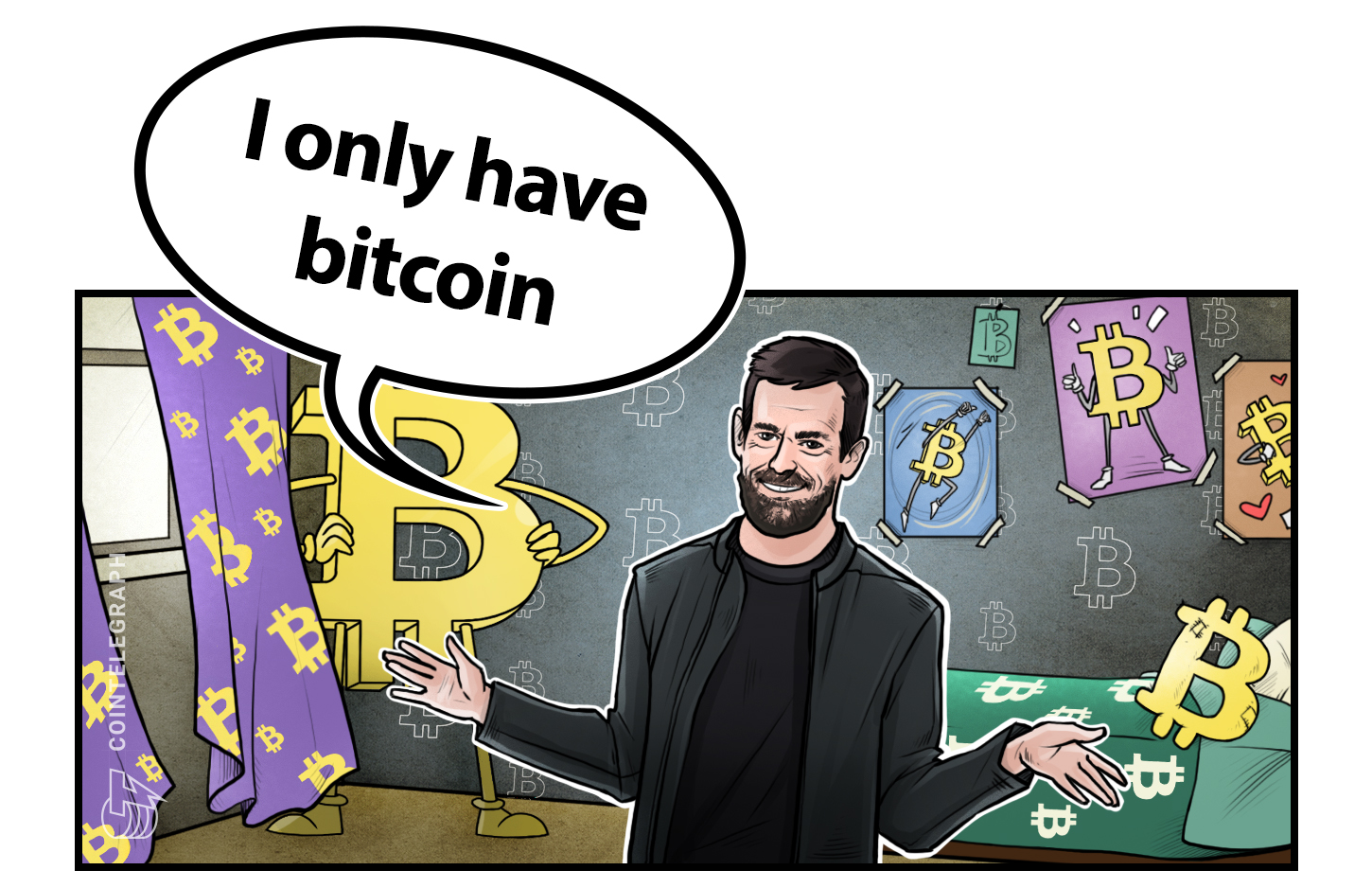 Venezuela’s new crypto legislation, which establishes a legal framework for the industry, officially came into force at the end of January. The official set of rules, which makes no mention of the national cryptocurrency Petro, was initially approved by the Constituent National Assembly — an alternative to the country’s Parliament, created in 2017 — in November 2018. The bill lets the national crypto watchdog inspect crypto-related commercial activities in the country. Also this week, Bitcoin trading reached an all-time high in the country amid the hyperinflation and ongoing presidential crisis, above 2,000 BTC on the week.

As research this week has alleged that major Canadian crypto exchange QuadrigaCX may not have the cold wallet reserves that it had reported, the Ontario Securities Commission (OSC) has initiated a probe into the situation. The exchange had filed for creditor protection after the death of its founder in late December, Gerald Cotten, who allegedly controlled all of the exchange’s funds. Roughly 115,000 customers are without access to their funds, and a court-ordered lawyer will receive the encrypted laptop — which allegedly contains the crypto reserves — from QuadrigaCX representatives as per a court order. Moreover, the crypto exchange’s lawyers are considering selling the company to cover the debts.

BitTorrent Token Sales Sells Out in Under 15 Minutes, Makes Over $7 Million

The BitTorrent token (BTT) sale on the Binance Launchpad platform that concluded earlier this week net $7.1 million with the sale of 50 billion tokens in under 15 minutes. The BTT is based on a Tron TRC-10 token and will be used in order to transact computing resources between BitTorrent clients and other service users. Each token was priced at $0.00012, and were sold on the Binance Launchpad in two simultaneous sessions, one for those using Binance’s native token and the other for those using Tron (TRX).

The crypto market has seen a slight uptick at the end of the week, with Bitcoin trading at around $3,654, Ripple at about $0.30 and Ethereum at around $117. Total market cap is at about $120 billion. 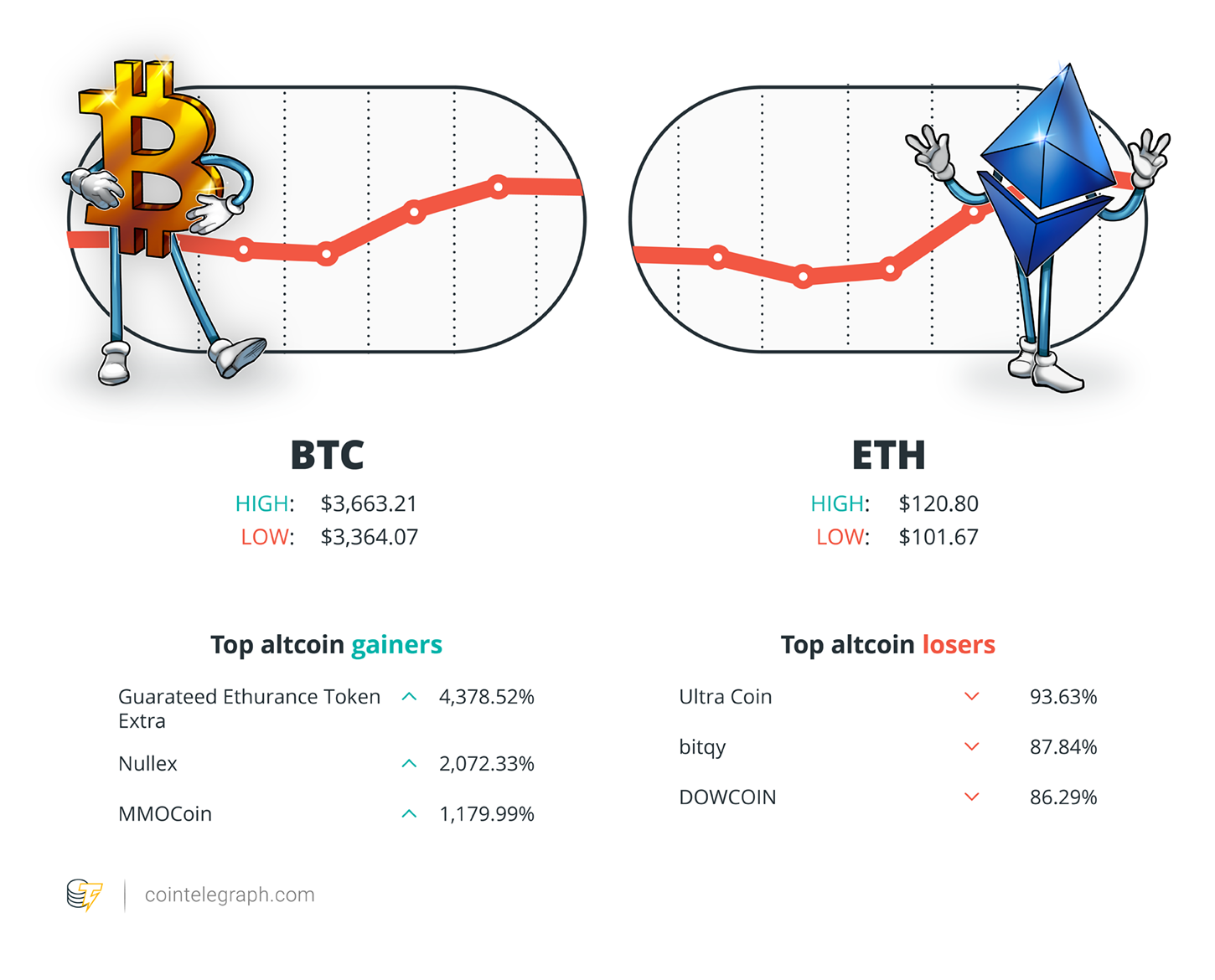 “I only have bitcoin,”

“Amazon will have to issue a currency sooner or later.” 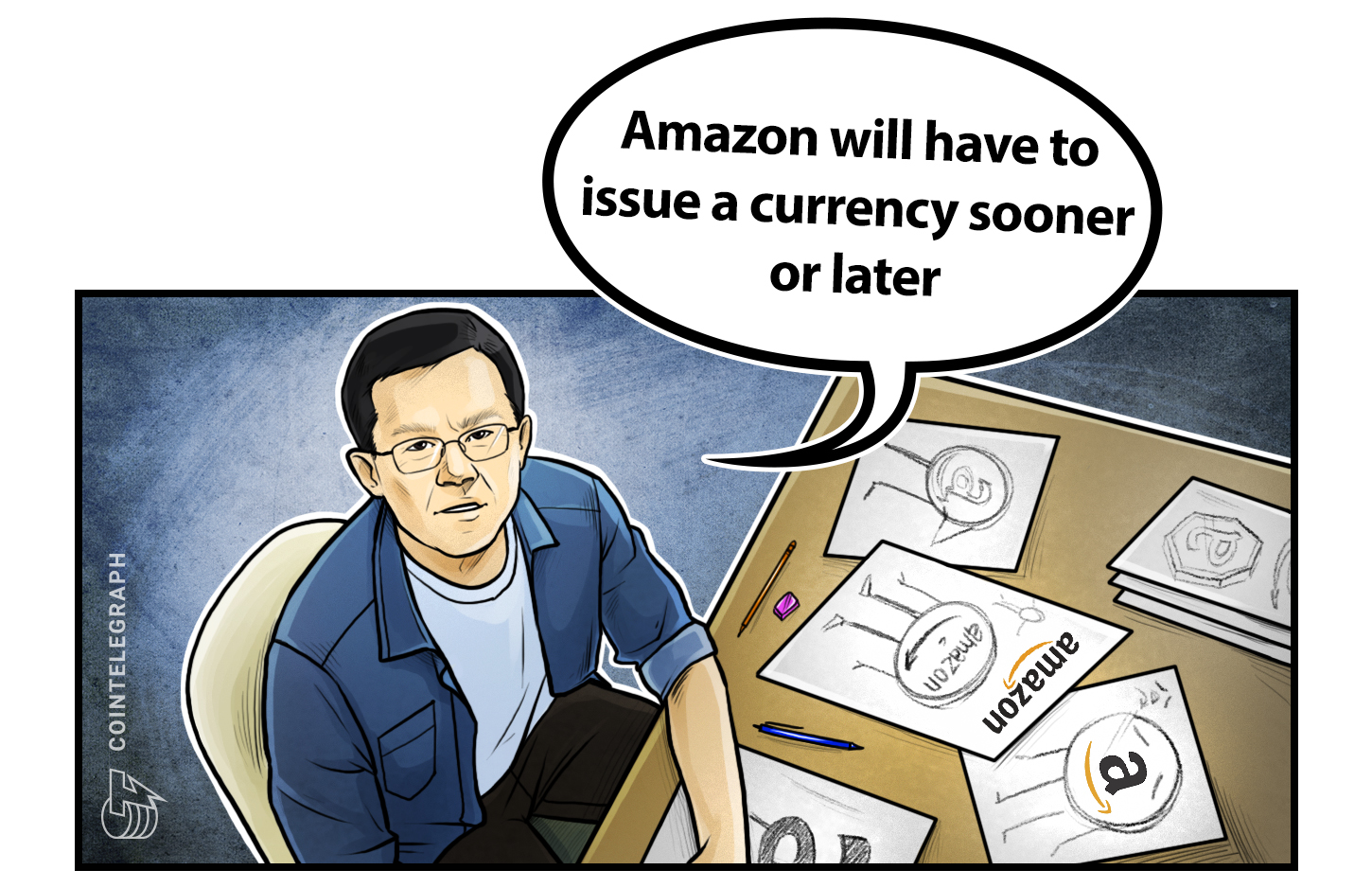 “There are 2,000 cryptocurrencies out there, 95 percent of them are useless and will die a painful death. The sooner that happens, the better.”

“Eventually, do I think someone will satisfy the standards we’ve laid out there? I hope so, yes, and I think so.”

“Thus, transparency and instantaneity are the true strengths of the blockchain, and should generate not only significant time savings and increased security, but also significant [financial] savings.”

“We need a change in our laws and that requires more interaction with lawmakers and regulators. We need to make Switzerland open and easy for companies to invest in blockchain projects.”

A U.S. lawsuit this week has alleged that New York-based investment group Blue Ocean Capital Group Inc. had misled plaintiff Lijun Sun to purchase $2 million of the cryptocurrency MCash. The lawsuit notes that the MCash token was not properly registered with the U.S. securities regulators, and that the investment materials provided to Sun did not accurately represent the token or its terms of purchase. Sun has asked for a return of his investment as well as damages worth $6 million.

An official blog post from Zcash reported this week on the patching of a vulnerability that could have allowed an attacker to create infinite Zcash (ZEC). According to the post, the vulnerability was discovered in March 2018 by one of the Zcash developers. A solution for the problem was covertly included (in order to prevent exploitation by bad actors) in the Sapling network upgrade that was adopted last October. Since the variant of zk-SNARKs that contained the bug was implemented by other projects, Zcash noted that these projects have also taken appropriate actions. 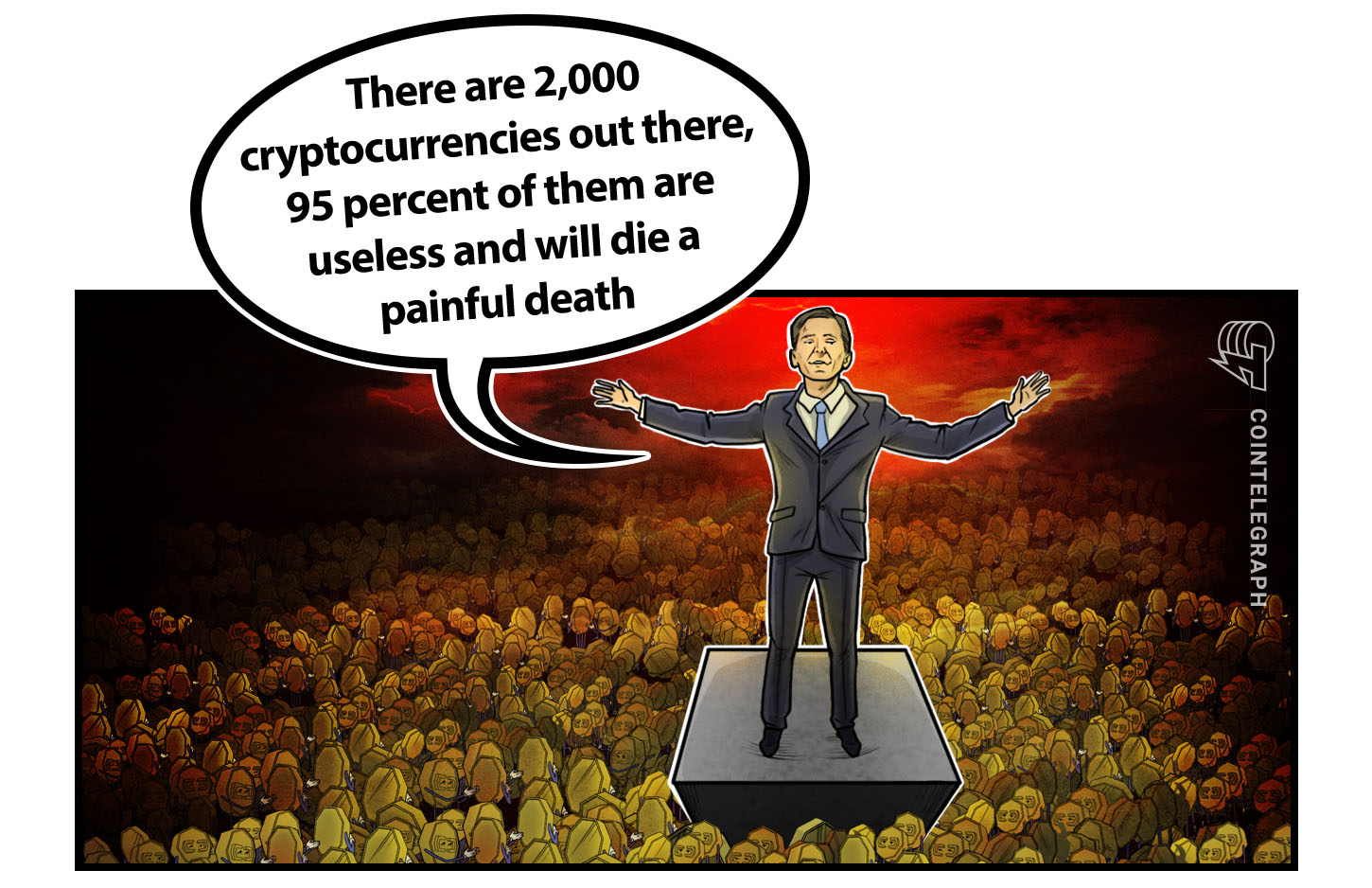 A judge has ruled that Tyler and Cameron Winklevoss must pay $45,000 of crypto entrepreneur Charlie Shrem’s legal fees as part of an ongoing lawsuit. In the proceedings, the Winklevoss twins have previously instigated an investigation and asset freeze on Shrem after accusing the entrepreneur of failing to pay back 5,000 BTC from a 2013 trade deal. Shrem’s lawyer has denied the accusations, and a judge has removed the asset freeze. According to media reports, the lawsuit will cover new ground in June.

‘The NEM Foundation You Knew Before Is Gone,’ What Is Next?

After the NEM Foundation released an announcement this week about the state of their funds, revealing that they only had about a month of operations left, the crypto community has been questioning how things got to this point. Cointelegraph looks at the history of the Foundation and how this financial disaster could have come about.

Forbes’ latest edition of “Fintech 50” has been released, this time with only six crypto and blockchain companies, as opposed to last year’s 11. Cointelegraph examines what made these companies stand out even amid the crypto bear market.

As the controversy around embattled Canadian crypto exchange QuadrigaCX deepens, Cointelegraph gives a rundown of the exchange’s legal history, current legal problems, and some of the questions raised concerning the death of its founder and the locations of its cold wallet reserves.

How We Will Remember the Year of the Dog? ICO Market Decline, Trend Toward Compliance and Other Takeaways

And happy Chinese New Year to all our Hodler’s who celebrated this week! We here at Cointelegraph looked at all of the major events that have taken place during the Year of the Yellow Mountain Dog.

How We Will Remember the Year of the Dog? ICO Market Decline, Trend Toward Compliance and Other Takeaways