Owner of ICO That Never Happened Attempts to Sell Project on eBay for $60,000

The owner of a crypto-related startup dubbed Sponsy, which never launched its initial coin offering (ICO), is attempting to sell the project on eBay for $60,000. The project is described as a blockchain-related identity that is able to launch both an ICO and a security token offering (STO), with the author of the posting claiming that the project was both audited by an investment firm and approved by several investment banks. Sponsy also claims to have a solid social presence, although its Twitter and Facebook page posts have around ten likes on average. The eBay poster noted in an interview that he lost out on the ICO craze by taking time to develop a product, rather than first launching an offering.

Premium scotch whisky brand Ailsa Bay, which is owned by William Grant & Sons (WG&S), a liquor company founded in 1887, is set to launch what it claims to be the world’s first scotch whisky tracked on the blockchain. According to the company, the whisky will be tracked in collaboration with blockchain firm arc-net, which will develop the new products and a system to track manufacturing from distillery to store. The reason behind the blockchain tracking is to prevent whisky counterfeiting in the United Kingdom, as well as allow the firm to gather data on both existing and potential customers by employing location systems for the purchases. 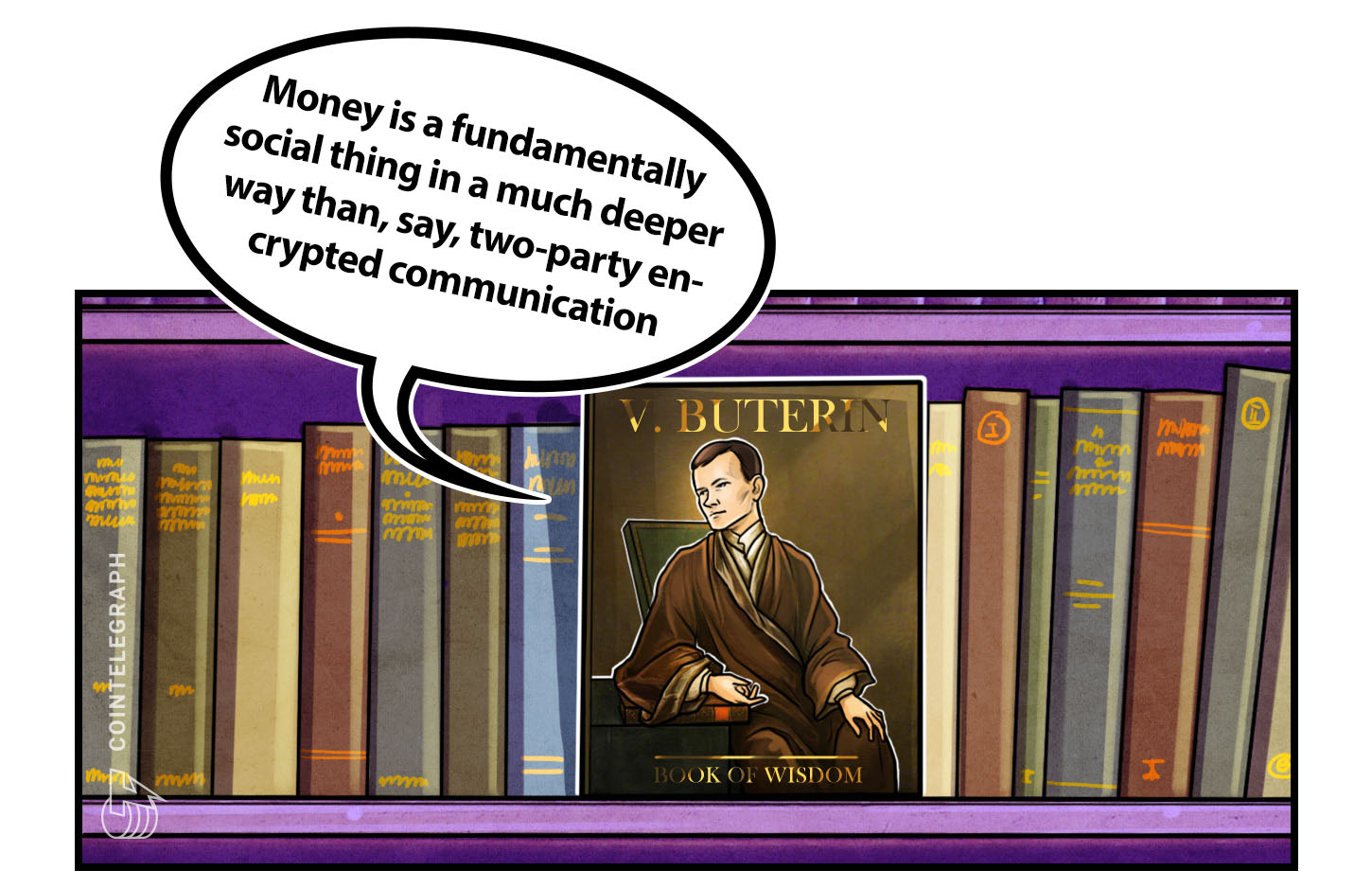 When speaking to Argentine president Mauricio Macri, crypto bull and investor Tim Draper said that the legalization of Bitcoin (BTC) in the country could help improve their economic situation. During the meeting, Draper noted that the use of blockchain and crypto could help improve major economic problems, including the devaluation of the Argentine peso (ARS). Draper also reportedly proposed a humorous bet, stating that if the peso would be valued more than Bitcoin, he would double his investment in the country, but if BTC became higher than the peso, Argentina would have to declare the crypto a national currency.

The newest Weiss Crypto Ratings and given top cryptocurrency Bitcoin an “A,” along with Ripple (XRP) and EOS. In the report, which was based on an analysis of 120 cryptocurrencies, letter grades were assigned based on an evaluation of the possibilities for adoption and technology. XRP received the “A” ranking as it is well-positioned to compete with global interbank system SWIFT, while EOS was noted as making a solid attempt to become the “backbone of the new internet.” Bitcoin’s “A” ranking was due to its Lightning Network upgrade and use as of store of value. However, another ranking based on risk and reward factors failed to give any cryptocurrencies an “A.” The three currencies are followed by Ethereum (A-) and Cardano (B+).

Crypto exchange Bithumb reported this weekend that they have experienced a hack of an unknown amount, and are currently working with various law enforcement on the issue. The exchange notes that withdrawals and deposits have been temporarily paused, and that the loss does not affect users’ funds, but only those of the exchange. Unconfirmed reports state that around 3 million EOS (around $12.5 million) and 20 million Ripple (about $6.2 million) are the funds lost. The company’s post about the hack indicates that it was an insider job, but the details are as of yet unspecified. 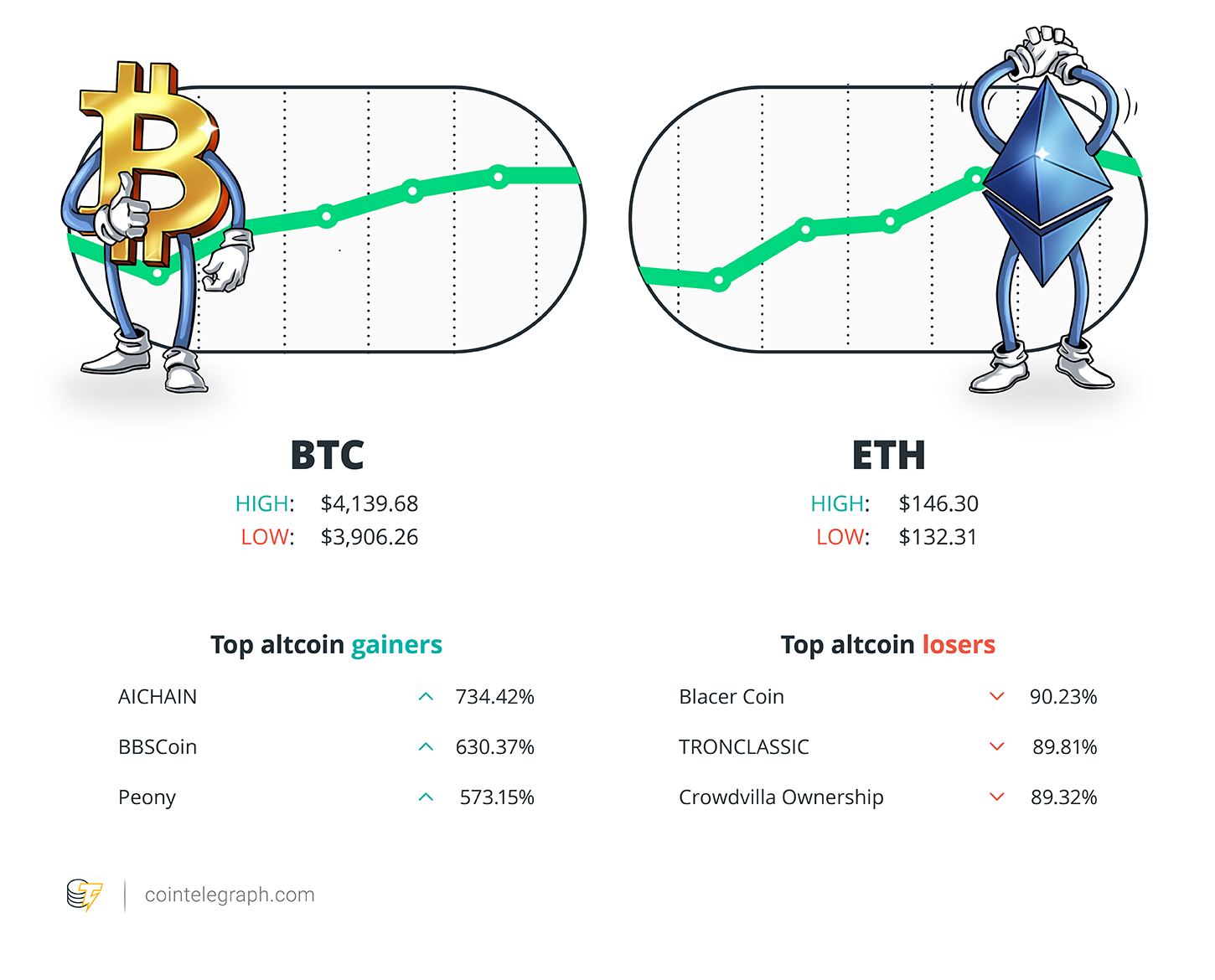 “If Quadriga was licensed under the Bermuda Monetary Authority, what has happened would not have been able to happen, because we have rules regarding the custody of master keys and making sure they’re not held by a particular individual.” 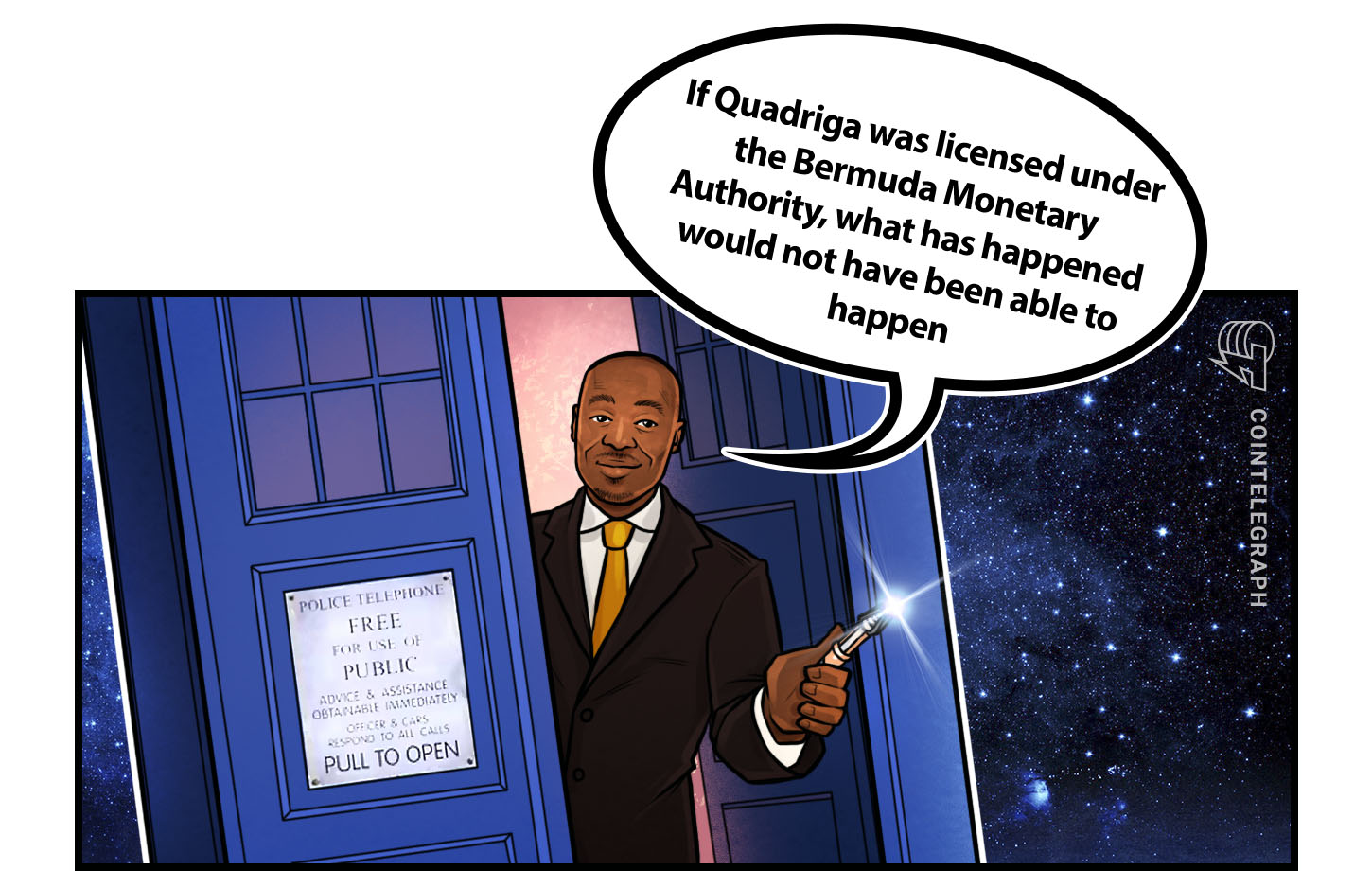 “One of my theses here is that the cypherpunks’ attempts to get into the money business forced them to realize some other things along the way. And [one of those things] is that money is a fundamentally social thing in a much deeper way than, say, two-party encrypted communication You have to start thinking about governance, social contracts, common shared expectations in this community, how do changes get made, how do we decide how changes get made, how do we discuss things. These are all very political things.”

“What we are seeing is a collection of standards being created [that] will inevitably converge over the next three to five years to create a situation where you can move information and value between all these different systems ー not just Bitcoin to Litecoin to Ethereum to Cardano ー but also your regular bank account.”

Charles Hoskinson, a founder of IOHK, the firm that developed cryptocurrency Cardano (ADA)

According to Emmanuel Goh, a former JPMorgan Chase derivatives trader and founder of crypto data firm Skew, Bitcoin is unlikely to recover its former five-digit highs in 2019. Goh has noted that, according to options traders, there is a five percent chance that Bitcoin will reach $10,000 by September of this year. The trader also noted that there is even a $20,000 call option for this June, but the probability of BTC reaching that price is zero, as it was likely a “bullish trade that was made last year when investors were still discussing the short-term possibility of making new highs.”

The United States Securities and Exchange Commission (SEC) has again delayed its decision on a rule change to the Securities Act that would allow the listing of Bitcoin (BTC) exchange-traded funds (ETF). According to the latest notice, the SEC has extended the period to 90 days, after Bitwise’s Feb. 15 application reached the end of its 45-day time period. According to the extension, the SEC must now reach a decision on the rule change by May 16, 2019. The two firms, NYSE ARCA and Bitwise, had announced their recent plans to launch Bitcoin ETFs in January, with the former intending to launch five separate ETFs linked to both bull and bear futures contracts on NYSE Arca. The SEC has also extended its decision on the VanEck/CBOE Bitcoin ETF 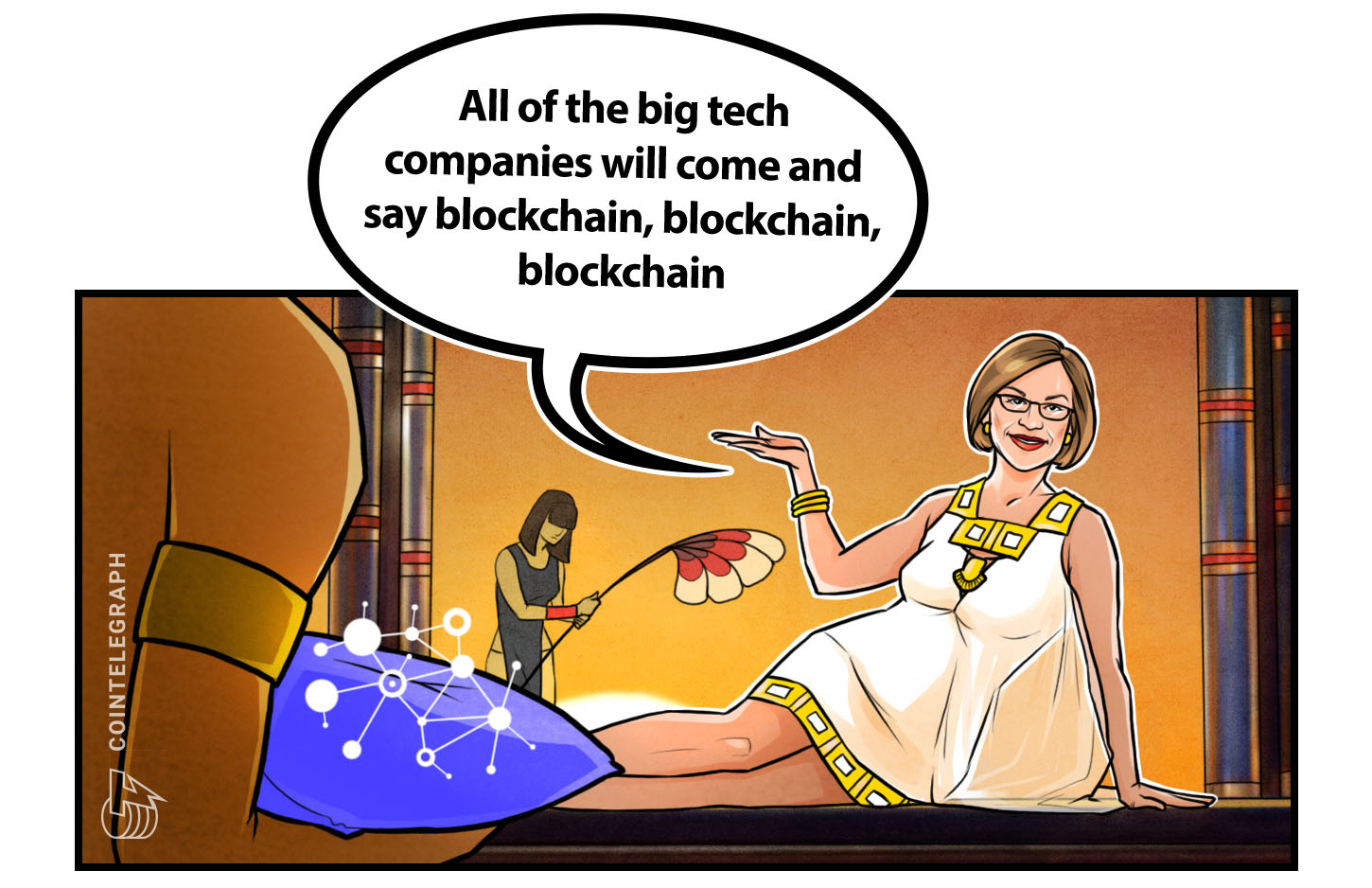 Elementus, a blockchain infrastructure firm, published details of recent transactions at crypto exchange CoinBene that they consider to be suspicious in the wake of a presumed hack. After $105 million in crypto was moved from the exchange’s hot wallet this week, CoinBene had assured users that it was a period of unforeseen maintenance responsible for the suspicious activity. Elementus has noted that they are not contradicting what CoinBene has claimed, but that their findings are consistent with the modus operandi for how hack are normally carried out, as the amount of crypto transferred is large and was quickly sold.

According to research, a new strain of Trojan malware for Android phones is now targeting the global users of cryptocurrency apps including Coinbase, BitPay and Bitcoin Wallet, as well as banks including JPMorgan, Wells Fargo and Bank of America. Cybercrime analytics firm Group-IB noted that this is the first time that the Trojan, dubbed Gustaff, has been reported or analyzed, and that it is described as being designed for mass infections and spread by SMS messages linked to load malicious Android package kit files. The group notes that the malware’s creators have made a system that increases the scale of thefts by triggering autofills of payment fields for legitimate Android apps to maliciously reroute transfers to the hackers.

The Lightning Torch: How the Community United to Teach Jack Dorsey About Feeless, Rapid Off-Chain Transactions

After Twitter’s Jack Dorsey joined the Lightning Network Torch recently, awareness of the second-layer solutions both benefits and drawbacks have become more debated in the crypto ecosystem. Cointelegraph examines how the LN has changed over time, and how Dorsey’s reference to the technology has brought it more into the public eye.

After the Reserve Bank of India’s ban on crypto dealings last year, the crypto community is coming together again, this time in the form of a series of blockchain supporter rallies held across the country. With the fourth rally set for Bangalore, Cointelegraph looks at the possible public impact of this movement.

After an eBay listing for a cryptocurrency- and blockchain-related project was posted with a price tag of $60,000, Cointelegraph reached out to the lister himself to find out what happened with the project that led him to sell it online in this particular format.