EToro, a United Kingdom-based exchange and social network for investors and traders, has rolled out trading support for Tezos (XTZ) on Aug. 5.

As eToro tweeted today, Tezos, the 16th-top cryptocurrency by market capitalization, is now available for trading on the platform.

EToro co-founder and CEO Yoni Assia said that Tezos is making progress, stressing that some banks are already choosing the Tezos blockchain to issue security token offerings. In the press release, Assia emphasized that the new move was a part of eToro’s mission to allow investors to get access to more assets, claiming:

“As we see financial institutions move more into the world of crypto, it is important that ordinary investors can take advantage of these technological developments, which is why we’re excited to be adding coins like Tezos to eToro.”

EToro’s Tezos listing follows a massive surge of the altcoin’s price over the past week. As reported by Cointelegraph, Tezos’ price spiked almost 8% yesterday, while its weekly gains have almost reached 50%.

The rally began when United States-based cryptocurrency exchange and wallet service Coinbase announced that it was adding support for Tezos on its professional trading platform, Coinbase Pro. 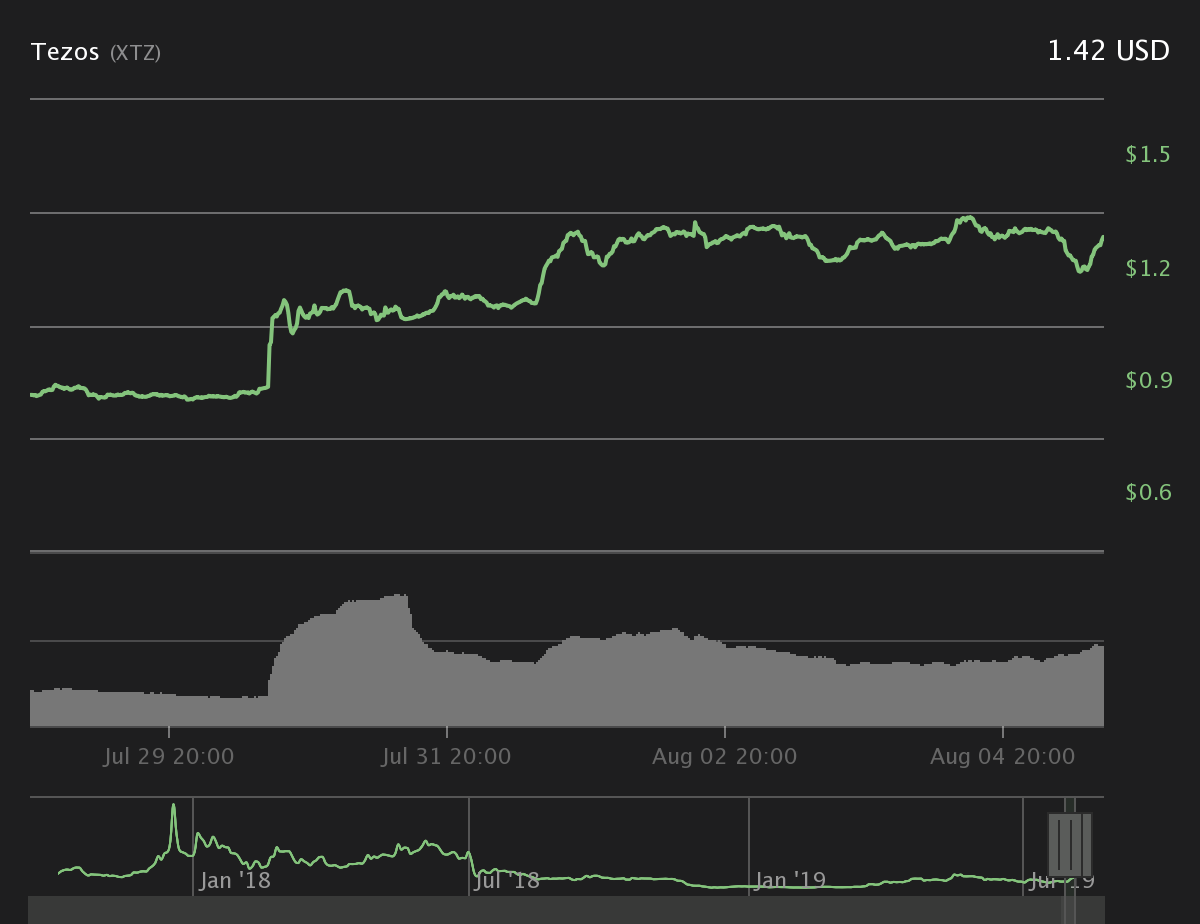 Earlier today, Coinbase Pro tweeted that its XTZ/USD and XTZ/BTC trading pairs will soon enter transfer-only mode, accepting inbound transfers of XTZ in supported regions. However, orders cannot be placed or filled at press time, the firm noted, adding that order books will be in transfer-only mode for a minimum of 12 hours.