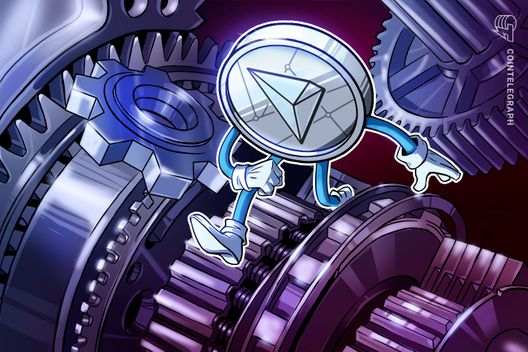 Tron (TRX) founder and CEO Justin Sun claimed that he thinks the Tron ecosystem will “officially collaborate” with Ethereum (ETH) this year. Sun made his comments during an interview on The Crypto Chick podcast on April 6.

More precisely, Sun said that he thinks “even within this year we will see Tron even collaborate, officially collaborate, with Ethereum.” In response to a question on Ethereum co-founder Vitalik Buterin’s recent tweets about Tron, Sun stated that he thinks “competition brings a better product.” Sun also added:

“I think in the future we will even collaborate with lots of Ethereum developers and also the enterprises built on Ethereum before to make the industry better.”

Sun also announced that a second layer scalability solution for Tron, which he claims will increase transaction throughput at least 100 times and dramatically decrease fees, will be deployed in Q2 2019. Sun had recently tweeted about the solution — dubbed Sun Network — but had evidently refrained from naming a launch date.

Sun also noted that in the second quarter of this year, Tron will also introduce a “new network with a privacy option,” based on the technology used by altcoin Zcash (ZEC).

As Cointelegraph reported in March, two major crypto exchanges — Singapore-headquartered Huobi Global and Malta-based OKEx — have announced their support for the Tron-based version of USDT.

On Friday, Radar, the startup behind decentralized exchange Radar Relay, which raised $10 million last year, announced that it will release new developer tools for the blockchain scalability tool Lightning Network.

What You Should Know About Craig Wright