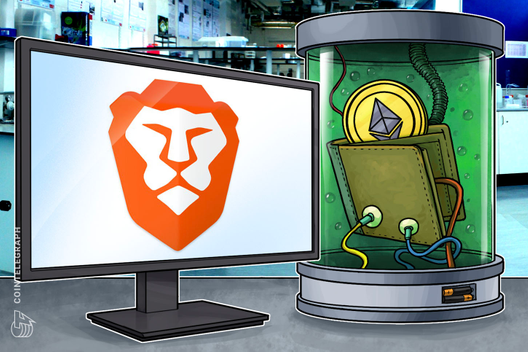 Blockchain-based web browser Brave has unveiled a cryptocurrency wallet for Ethereum tokens that is currently in development.

Brave discussed their work so far in a blog post on Aug. 27. According to the announcement, the in-browser wallet supports Brave’s native ERC-20 Basic Attention Token (BAT), alongside other Ethereum-based tokens and collectibles and Ether (ETH) itself. Additionally, the wallet supports interaction with decentralized applications — also known as DApps — which reportedly makes Brave a Web3 browser.

However, the wallet cannot interact with Brave Rewards. This means that users cannot transfer any BAT between Brave Rewards and Crypto Wallets — the name of Brave’s wallet in development. Users are currently responsible for managing keys themselves, and Brave recommends that users “stick to small amounts and keep regular backups” if they want to try out the trial version of Crypto Wallets.

Moreover, Brave plans to eventually integrate Crypto Wallets with Brave Rewards directly, instead of relying on Uphold’s custodial wallet for private key management. Per the announcement, this will be one of the largest projects for the company to complete in developing Crypto Wallets.

Just yesterday, Brave announced on Twitter that it has added Wikipedia to its list of verified publishers. Shortly before that — Aug. 21 — Brave also unveiled that it now supports BAT tipping on Reddit and Vimeo. Brave added support for BAT tipping on Twitter at the beginning of August.