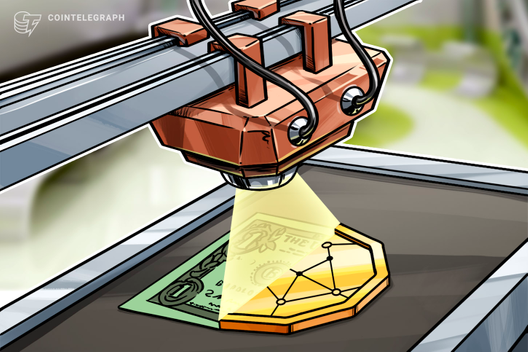 Crypto lending firm Nexo has paid its token holders a total of $2,409,574.87 in dividends. Nexo reportedly has reached an annualized dividend yield of 12.73%.

Nexo announced the completion of its dividend payments in a press release on Aug. 16. According to the press release, Nexo has a user base of over 250,000. Moreover, Nexo’s dividend yield is purportedly higher than every dividend-paying stock listed on the S&P 500 market index.

Nexo apparently pays out its total dividend in two parts — 50% comes from the Nexo Base Dividend and the other 50% from the Nexo Loyalty Dividend. Nexo claims that its model is designed to reward long-term investor confidence and decrease market volatility following dividend payouts.

As noted in the press release, Nexo unveiled a MasterCard-branded credit card for crypto on Aug. 2. In its announcement, Nexo claimed its Nexo Card was the first in the world to let users pay in cryptocurrency without actually spending it. Nexo elaborated:

“When using the Nexo Card to purchase goods and services, you actually pay using your Nexo flexible open-ended revolving credit line that is backed with your crypto holdings and thus not selling any of them, which is giving you the freedom to spend today and sell your holdings whenever you want in the future to pay back the loan.”

Earlier this week, tZERO, the blockchain-based subsidiary of the retailer Overstock, announced the opening of the company’s preferred equity security tokens to non-accredited investors. This allows non-accredited token holders to earn money through company dividends. Per the announcement, tZERO said it might distribute a quarterly dividend of 10% of the company’s adjusted gross revenue. Moreover, the company said it was considering paying out dividends in more than just the United States dollar, with Bitcoin (BTC), Ether (ETH) and other security tokens being possible modes of payment.