Monday, April 1 — crypto markets have continued to rise, with Bitcoin (BTC) seeing stable growth over the day, according to data from CoinMarketCap.

Out of top 20 cryptos by market cap, only two coins are in the red at press time. Over the past 24 hours, Tezos (XTZ) is down about 5.7 percent, while Cardano (ADA) dropped around 0.9 percent. 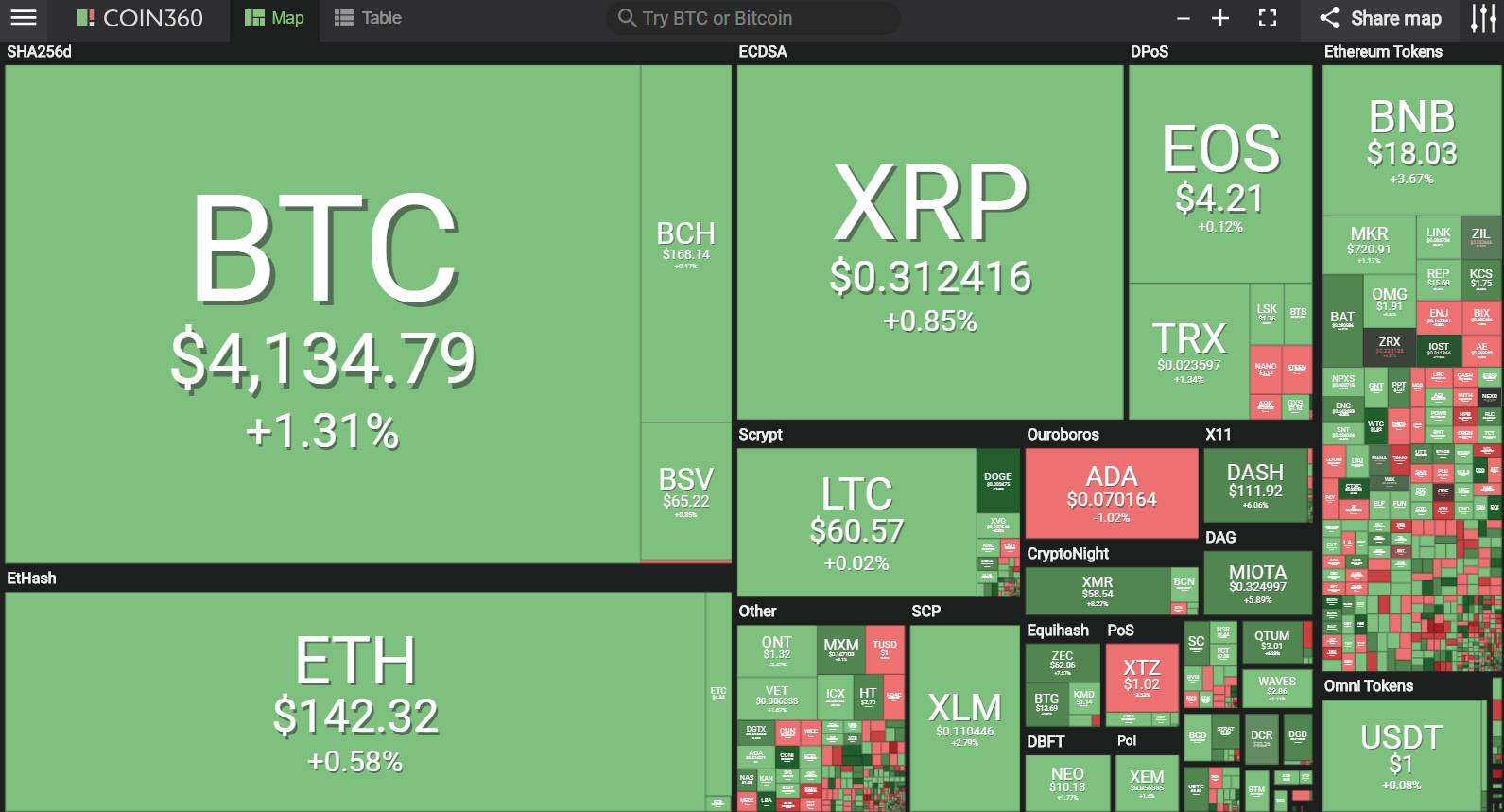 The biggest cryptocurrency, Bitcoin, is up 1.4 percent over the day, trading at $4,160 at press time. Over the past 7 days, Bitcoin is up more than 3.5 percent, with its intraweek low of $3,937, while the highest intraweek threshold amounted to $4,227.

Ethereum (ETH), the second-ranked cryptocurrency by market cap, is up around 0.6 percent to trade at $142.3 per coin. The top altcoin is also up around 4.5 percent over the past 7 days.

Among the top 20 coins by market cap, Monero (XMR) and Dash (DASH) are seeing the biggest growth over the past 24 hours. Privacy-focused altcoin Monero is up more than 8.3 percent, while Dash is up around 8 percent.

After surging to as high as $148 billion on March 30, total market capitalization declined to $145 at press time. Daily trade volume has slightly rose from yesterday’s levels, currently amounting to $32.8 billion. 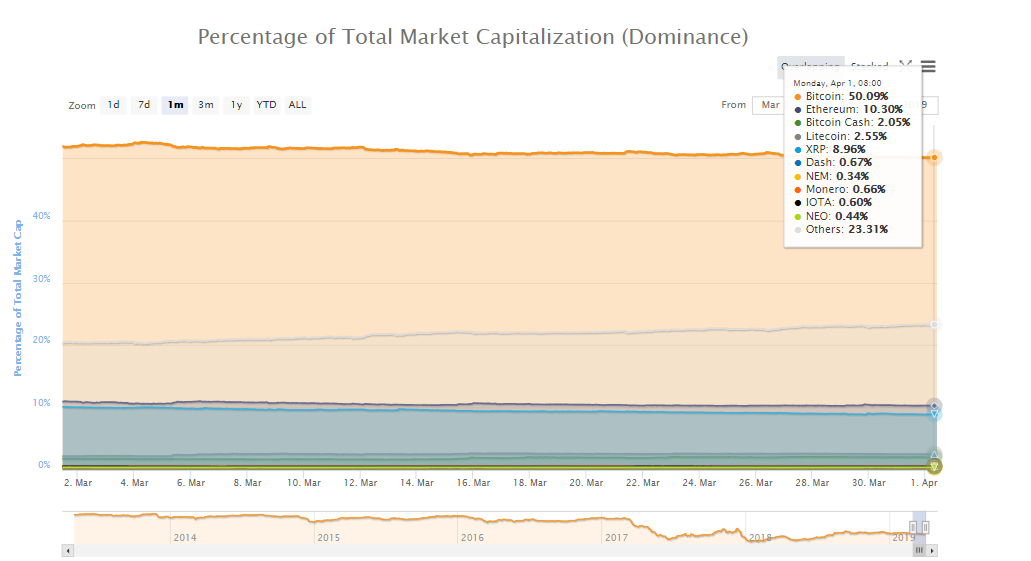 On March 30, Indian crypto exchange Coindelta officially announced its closure amid adverse operating climate for crypto businesses in the country. Founded in 2017, Coindelta said that there were severe restrictions on banking services for crypto-related companies in India, which made the firm’s business economically inefficient.

Meanwhile, today, United Kingdom lawmakers will conduct a series of votes in Parliament in order to agree on an alternative to prime minister Theresa May’s Brexit deal. The U.K. now has about two weeks to make a decision on the Brexit process and weigh the risks of leaving the European Union on April 12 without a deal. According to CNBC, May could put her withdrawal agreement to a fourth vote on Tuesday.

Recently, Reuters carried out a poll of over 100 economists showing that the interest rates by the United States Federal Reserve will stay at the current range of 2.25-2.50 percent until at least the end of 2020.