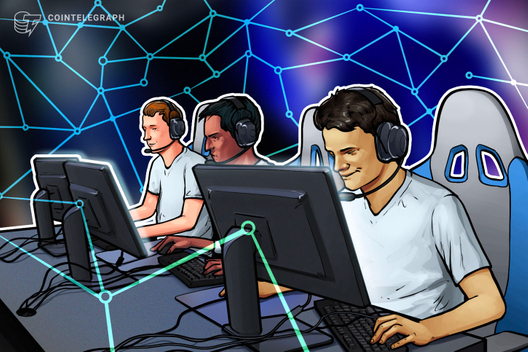 Smart Challenge, Azure’s gaming rewards platform, reportedly allows users to create and compete in challenges on the EOSIO blockchain protocol. By using blockchain technology, the challenges are said to be verifiably fair, since participants can see all the challenge rules and how they are implemented.

Galaxy Digital reportedly invested to the project through its Galaxy EOS VC Fund, which is an investment organization that funds products built on EOSIO.

Users can participate in the challenges to earn “AZA credits” which are used to buy in-game benefits, such as virtual items or currency. One type of challenge users can reportedly participate in are streaming questions, which reference activity in esports streams; answering correctly rewards successful participants with AZA credits.

Smart Challenge was first launched in 2018, and is designed to increase player engagement with their preferred games and esports, via both spectating and playing.

The Azure platform has reportedly been undergoing pilot tests in Ubisoft’s Entrepreneurs Lab, a branch of Ubisoft that is an incubator for tech startups within the gaming and entertainment sectors. The research purportedly showed that spectator streams with Smart Challenge outperformed traditional streams, in terms of bolstering viewership and gameplay numbers.