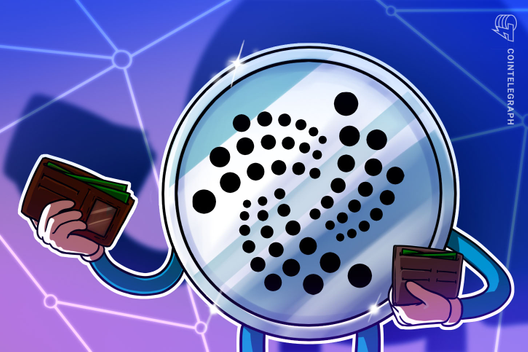 The IOTA Foundation has launched the Trinity wallet, as the organization announced in a press release on July 2.

The announcement advertises the Trinity wallet as an improve to both ease-of-use and security for users conducting transactions in IOTA, with the purported goal of appealing to both new and advanced users.

Reportedly, the wallet’s beta version has seen 160,000 downloads and transactions worth over $1.8 billion of IOTA. Cybersecurity firms SixGen andAccessec audited the application in advance of release.

As a software wallet, Trinity is designed for compatibility with Ledger’s hardware wallets, as Ledger has worked alongside the IOTA Foundation since the end of 2018, as Cointelegraph reported. Other reported features of the new wallet include Keepass-compliant security and encryption, biometric authentication, and availability in 25 languages and on Mac, Windows, Linux, iOS and Android.

The IOTA Foundation is a German non-profit whose distributed ledger technology (DLT) has seen recent partnerships with companies such as Primority for food tracking and Alyx for fashion supply-chain transparency.

IOTA’s DLT is unique in depending upon its Tangle. Rather than a true blockchain, Tangle depends on a directed acyclic graph (DAG) that runs different types of transactions on separate chains simultaneously.