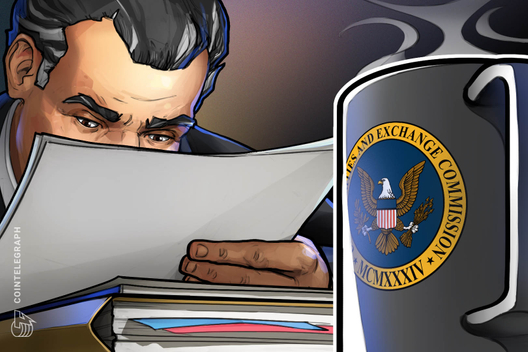 United States Securities and Exchange Commission (SEC) Chairman Jay Clayton said that the regulator needs to feel comfortable with cryptocurrency custody and ensure no market manipulation can take place before approving a crypto exchange-traded fund (ETF). Clayton made his remarks during an interview with CNBC on June 6.

When Clayton was asked whether an ETF based on a bundle of cryptocurrencies could be released in the U.S., Clayton said that the SEC is currently working on making that possible.

Still, he also noted that various issues have to be resolved before a cryptocurrency ETF will be approved, starting with custody:

“We’re engaging on this, but there are a couple of things about it that we need to feel comfortable with. The first is custody: custody is a long-standing requirement in our markets, and if you say you have something you really have it.”

Another major concern for the SEC is the alleged absence of robust preventative measures for market manipulation. Clayton said:

“The other thing that is important is […] we have sophisticated rules and surveillance to ensure that people are not manipulating the stock market, those cryptocurrency markets by large do not have that; And we’re working hard to see if we can get there, but I’m not just going to flip a switch and say this is just like stocks and bonds, because it’s not.”

Clayton’s views are seemingly in stark contrast with those expressed earlier this week by SEC commissioner Hester Peirce, who has urged for a less cautious approach toward innovation in the ETF space on the regulator’s part.