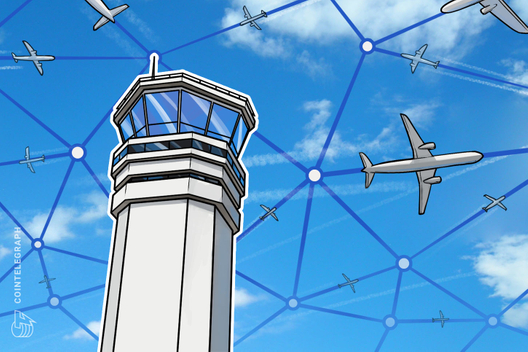 Swiss forwarding and logistics services company Panalpina has started blockchain pilot projects aimed at optimizing of supply chains, according to a press release on June 11.

After joining the Blockchain in Transport Alliance (BiTA) in May, Panalpina — one of the world’s largest transport and logistics companies, with consolidated profit of $76.3 million in 2018 — has launched two blockchain pilots in the air and ocean freight field with selected customers.

One of the projects will investigate blockchain applications in high-tech industrial goods, and the other will deal with office supplies.

Panalpina thus aims to digitize trade documents, store them in a cloud, and deploy blockchain tech to improve processes and reduce costs in the long term. Specifically, the company will use a blockchain-based tracking system to record the flow of imported goods from Asia to Europe, running in parallel to real shipments and without interfering with current processes. Cedric Rutishauser, senior venture development manager at the Panalpina Digital Hub, said:

“These early-stage projects are 85 percent about digitization and 15 percent about blockchain – we are starting to see clear benefits in cost savings through simplified and speedier processes, and lower document courier costs. But the real advantage of blockchain lies in the ‘single source of truth’. Improved data sharing between trade partners creates more transparency, with clear ownership and responsibility for each documented step in the supply chain.”

While Panalpina is testing various possible applications of blockchain technology in its business processes, it expressed caution regarding the nascent technology.

In the post, the company stresses that blockchain is an emerging technology and cites a study revealing that some senior supply chain managers are skeptical about the tech’s benefits, while others are convinced that it will advance security and transparency in supply chains.

Recently, French retail giant Carrefour reported an increase in sales after the implementation of a blockchain-based tracking system that enables customers to track the supply chain of 20 items, including meat, milk, and fruit from farms to stores. This year, the company reportedly plans to add 100 more products, including non-food lines, to the system.

Legal & General Partners With Amazon to Use Blockchain for Pension Deals