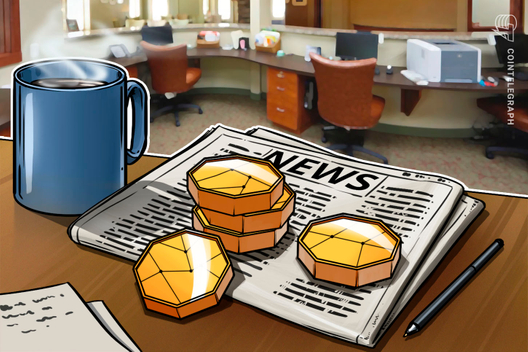 The development was revealed in an official Coin Center news release published on June 10.

Coin Center’s central concern regards HM Treasury’s plans to ostensibly “impose data collection and reporting requirements on not only cryptocurrency developers, but all open-source software developers and others who facilitate the peer-to-peer exchange of cryptoassets,” as the news release states.

The advocacy center outlined its position in detail in a comment letter, submitted to HM Treasury on June 7, which addresses the government’s planned transposition of the European Union (EU)’s Fifth AML Directive (AMLD5) into national law.

In its comment letter, Coin Center argues that HM Treasury is expanding the basic framework of AMLD5 with its own additional provisions that go beyond the minimum that would be required to harmonize the U.K’s financial surveillance policy with the EU’s directive.

The center strongly urges that the U.K. instead seek parity with the approach of the United States. Coin Center cited the recent interpretive guidance released by the U.S. Treasury Department’s Financial Crimes Enforcement Network (FinCEN) in regard to the Bank Secrecy Act (BSA) and crypto assets as a benchmark for HM Treasury.

FinCEN’s interpretation, as Coin Center notes, only brings persons who have “independent control” over another person’s crypto assets under the purview of the BSA, excluding those that merely enable exchange or transmission — for example, open source software developers, multiple-signature service providers, and decentralized exchange facilitators.

Those that develop such crypto-related network technologies do so from a political conviction in the increasing importance of privacy protection, Coin Center argues, suggesting that they:

“…believe that such tools are necessary to protect human dignity and autonomy, and argue that they are of profound political and societal importance in a world where transactions are increasingly surveilled and controlled by a handful of private financial intermediaries and powerful governments.”

Expanding AML surveillance obligations to crypto or decentralized exchange software developers or users would, Coin Center goes on to claim, “violate U.K. citizens’ free speech and privacy rights, as codified in the International Covenant on Civil and Political Rights and in the European Convention on Human Rights.”

As previously reported, the Cyprus Securities and Exchange Commission has similarly proposed bringing several additional areas of crypto-related activity under AML/CFT obligations, which are notably not included in the provisions of AMLD5.