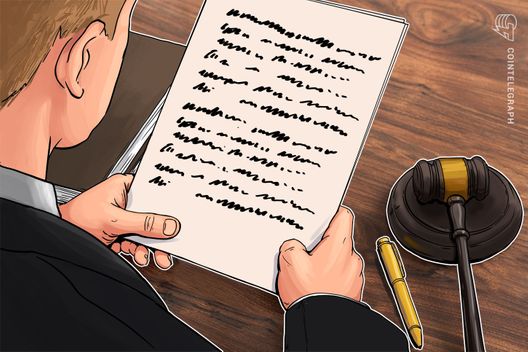 Presto claims on its website that it provides a “total solution to development teams from website building to token issuing.” The startup was reportedly trying to run a Decentralized Autonomous Organization-based Initial Coin Offering (DAICO) in South Korea for the first time.

As Cointelegraph explained in a dedicated guide, DAICOs aim to improve the ICO fundraising method by integrating some features of Decentralized Autonomous Organizations (DAOs).

This fundraising method enables users to use smart contracts to vote for a refund of the funds if they stop trusting the developers or lose faith in the project, Sedaily notes.

As Cointelegraph reported, South Korea banned all ICOs in September last year. Sedaily reports that Presto’s CEO and founder, Kang Kyung-Won declared that the startup has “been hitting a snag as the government and the National Assembly have done nothing over the last one year since the government’s blanket ban on ICOs.”

He then announced their intention to file a constitutional appeal:

“We will ask the court to rule on the ICO ban and the legislature’s nonfeasance.”

Sedaily explains that according to Presto, the ban infringes on “people’s freedom of occupation and property and equal rights and scientist’s basic rights.” Kyung-Won said that given the fast pace of technological development that came with the fourth industrial revolution, “such unconstitutional and pre-modern measures as the ICO ban should not exist any longer.”

South Korea’s stance to crypto regulation stands in clear contrast with other countries like Malta. As Cointelegraph reported in July, Malta has been acclaimed as “the blockchain island” after the local parliament approved three bills that gave the crypto industry unprecedented legal clarity.

The Maltese government is also reportedly working on an artificial intelligence (AI) strategy of which the ultimate objective is to “explore a citizenship test for robots in the process of drafting new regulation for AI.”

That being said, South Korea recently overtook the Maltese crypto exchanges daily trading volume in November according to a CryptoCompare report. In the document, analysts suggest that the reason behind this shift are “competitions, trans-fee mining and rebate programs.”