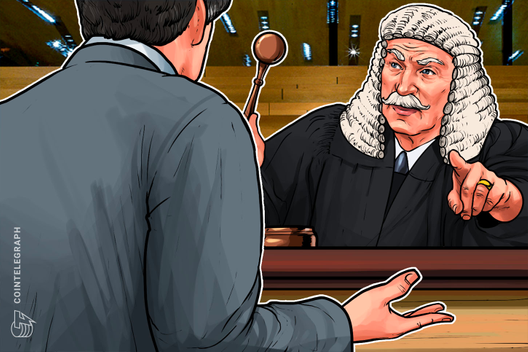 A Supreme Court judge in British Columbia (BC), Canada, has denied a motion to set aside an asset freeze, which was requested by the defendants in a multimillion dollar cryptocurrency fraud case.

The defendants had filed to set aside an interim preservation order that was issued by the British Columbia Civil Forfeiture Office in order to prevent case-related assets from being sold or accumulating debt.

Vancouver news daily The Province reported the ruling on Aug. 19. According to the report, the defendants, Lisa Angela Cheng and Kevin Patrick Hobbs, stand accused of committing fraud, tax evasion and money laundering.

The Forfeiture Office alleges that the defendants’ companies, Vanbex Group Inc. and Etherparty SmartContracts Inc., launched and ran an investment offering with a token called FUEL, but only ever intended to pocket the proceeds for themselves.

Additionally, the Forfeiture Office alleged that the defendants received $22.5 million in crypto fraud, and were attempting to liquidate their assets in response to an investigation by the Royal Canadian Mounted Police.

The BC Civil Forfeiture Office previously seized the defendants’ Coal Harbour luxury townhouse, their two Range Rover SUVs and funds in Bank of Montreal accounts alleged to be the proceeds of the crime.

The townhouse was recently listed for sale at $5.9 million and the SUVs are worth as much as $67,500 each, per the report. BC Supreme Court judge Elliot M. Myer ruled:

“Looking at the matter overall, I do not think the defendants have demonstrated that the seizure is clearly not within the interests of justice.”

As previously reported by Cointelegraph, the United States Securities and Exchange Commission recently won an asset freeze requested from a U.S. District Court. The court subsequently ordered a temporary freeze of $8 million, which were raised by the defendants Reginald Middleton and his companies Veritaseum, Inc. and Veritaseum, LLC. The defendants stand accused of violating U.S. federal securities laws and performing manipulative trading via activities involving their Ether (ETH)-backed VERI token.