Saturday, March 30 — the top 20 cryptocurrencies are reporting mixed movements on the day by press time, as Bitcoin (BTC) stays near $4,100. 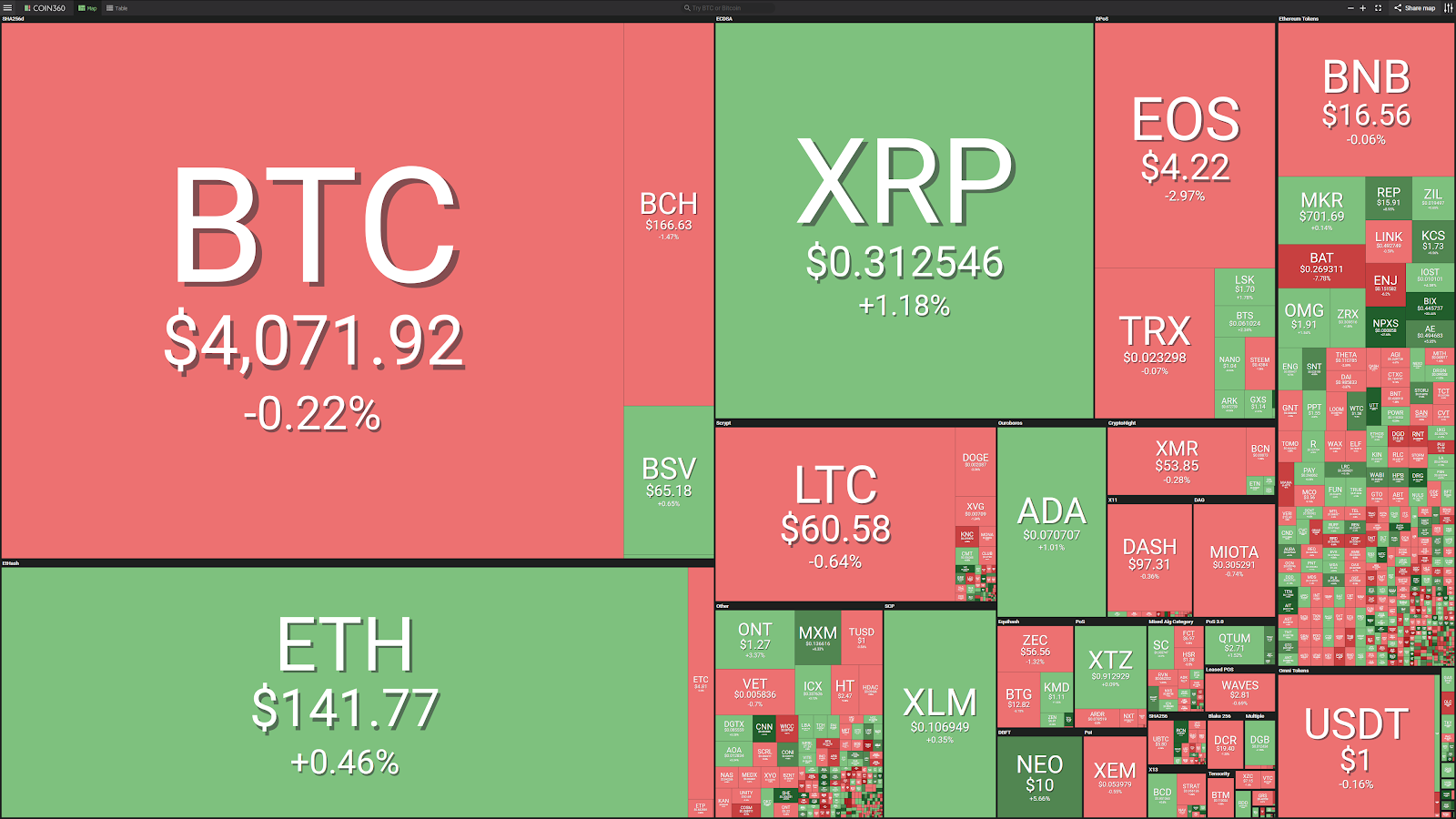 Bitcoin has seen nearly no price movement on the day, trading at around $4,095 after having reported a mid-day high of $4,275, according to CoinMarketCap. Looking at its weekly chart, the current price is nearly one and three quarters of a percent lower than the value of BTC one week ago.

Bakkt, the company trying to launch the much-awaited physically delivered Bitcoin futures later this year, announced yesterday that former cybersecurity expert at IBM, Cisco and Endgame Tom Noonan will become the chairman of its board of directors.

Ethereum (ETH) is holding onto its position as the largest altcoin by market cap, which is at about $14.9 billion. The second-largest altcoin, Ripple (XRP), has a market cap of about $13 billion by press time.

ETH is up by just three quarters of a percent over the last 24 hours. At press time, ETH is trading around $142, after having started the day at nearly the same price. On its weekly chart, Ethereum has seen its value decrease by about three and a half percent.

The Ethereum network is apparently losing ground as developers are switching to other projects, various experts told Bloomberg on March 28.

Second-largest altcoin Ripple has gained 1.42 percent over the 24 hours to press time, and is currently trading at around $0.312. Looking at the coin’s weekly chart, its current price is nearly identical to the one it reported a week ago.

Among the top 20 cryptocurrencies, the ones reporting the most notable growth are NEO (NEO), which is up 4.7 percent, and Ontology (ONT), which is up nearly four percent.

The total market cap of all cryptocurrencies is currently equivalent to $143.6 billion, which is nearly 2.5 percent higher than $140 billion, the value it saw one week ago.

As Cointelegraph reported earlier today, crypto exchange Bithumb has been reportedly hacked of almost $19 million in EOS and Ripple.