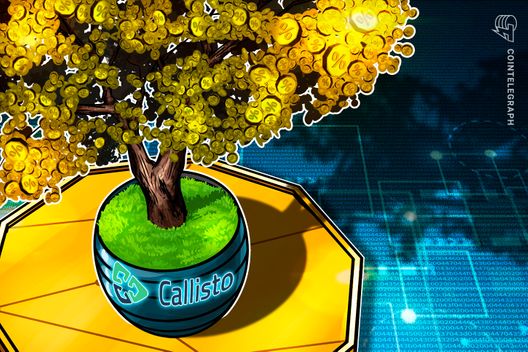 One of the most common crypto crimes nowadays is hacking exchanges. According to the reports of crypto analytics companies Chainalysis and CipherTrace, cyber criminals generated around $1 billion in revenue in 2018. During the latest attacks, users lost 1.35 million Bitcoin (BTC) in the Mt. Gox hack and 24,000 BTC in BitFloor.

The Callisto Network calls itself a platform focused on the implementation of a “self-sustained, self-governed, and self-funded blockchain ecosystem.” The company says it is aiming to find solutions for security issues in Ethereum smart contracts, which have caused millions of dollars of loss due to hacking.

Callisto intends to solve these problems for CLO, which is the company’s native token, and Ethereum Classic (ETC) ecosystems with its official smart contract auditing department of CLO and ETC. “This represents a completely free opportunity for a professional smart contract developer to audit their smart contract,” the startup says.

The audit is free for smart contract developers and development teams. The auditors’ work is paid from treasury funds that are allocated from the Callisto Network. “The benefit is that this reduces risk and smart contract vulnerabilities and increases the adoption of programmable blockchains for the whole crypto industry,” the company says.

In practice, the workflow starts with the customer who submits the audit request. After the security verification by the security manager, it is sent to multiple auditors. This is done through GitHub. If an audit issue appears in the list, the experts will pick it up.

The startup assures that there are at least three members on the team who review the smart contract’s code and provide the audit report. The security manager collects it, verifies it, then sends it to the customer. Callisto notes that the time the auditors spend on testing depends on the complexity of the smart contract code.

The company says that one of the platform’s unique features is the ability to earn rewards on held funds called Cold Staking. The startup claims it is similar to a term deposit at a bank, but rather is in crypto.

The Callisto mainnet was released in April 2018. Last year, the startup also managed to launch an explorer with advanced features, such as a token explorer, testnet support (for Callisto, Ethereum and Ethereum Classic) and readable transactions — including instructions for smart contracts. CLO has already been listed on a few major exchange platforms like HitBTC, DOBI, Sistemkoin, SimleSwap, IDAX, CoinBene, STEX and QBTC. The startup also announced plans to be listed on Bitfinex.

This year, the Callisto team is planning to implement a reward program for tech journalists who write about Callisto. Also, the company will start running its WebAssembly on the CLO testnet for further implementation.