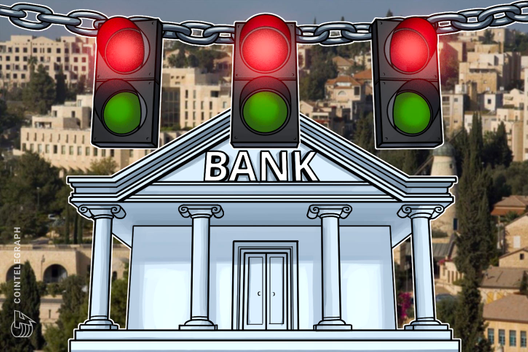 The Israel Bitcoin Association, a nonprofit organization that promotes the use of Bitcoin (BTC) and cryptocurrencies, has reportedly filed a freedom of information petition with a Jerusalem court. The petition purportedly seeks to require local banks to disclose their policies on money originating from digital currencies.

Local news daily Globes reported on Aug. 19 that state banks are required to report reasons for refusing transactions to the country’s central bank, the Bank of Israel. The association previously reached out to Bank of Israel, asking for clarification on the cryptocurrency policies of commercial banks, but were reportedly refused.

Association chairman Meni Rosenfeld told Globes that the Bank of Israel recently refused the association’s request on the grounds that these are industry secrets. This apparently motivated the association to move forward with a legal petition to make the disclosure mandatory. Israel Bitcoin Association legal adviser Jonathan Klinger said:

Israeli banks have reportedly denied the Israel Bitcoin Association the ability to open an account, even though the association does not buy or sell digital currency. The report notes that this is likely due to the association’s name, which includes the word Bitcoin.

Other traders and crypto-related businesses in Israel have experienced difficulties making deposits and remaining tax-compliant due to crypto-averse banking policies. According to some reports, cryptocurrency traders cannot pay taxes as they are unable to make deposits of funds obtained through cryptocurrencies.

The tax authority is reportedly aware of the problem, but does not act as, according to local BTC investor Ron Gross: “the ball is not in their court.”

Additionally, a cryptocurrency investor has filed a class action suit against the Israeli Bank Hapoalim, on the grounds that they will not accept money earned via BTC investments. As previously reported by Cointelegraph, the complainant’s lawyer, Lior Lahav, has argued:

“The banks have an obligation under the law to accept money from the clients […] They can check on their clients, do their due diligence, and find out where the money is coming from. The problem with the banks is that they are doing nothing. They are not asking their clients: ‘Provide me documentation of the origin of the money.’”