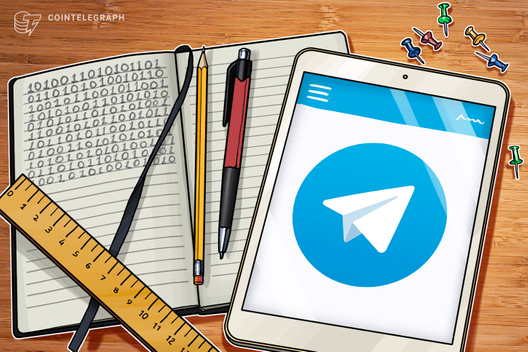 Privacy-focused encrypted instant messaging service Telegram has created a new programming language for its Telegram Open Network (TON), according to a post on the project’s Telegram channel published on May 23.

The post introduces a new language called Fift that is specifically designed for developing and managing TON blockchain smart contracts, and interacting with the TON Virtual Machine (TVM).

TVM, in its turn, executes smart contract code in the TON blockchain, supporting all operations required to parse incoming messages and persistent data, and to create new messages and modify persistent data. The document provides a brief overview of Fift, including the language’s basics and TON-specific operations, among other issues.

The release follows a recent report, stating that Telegram plans to launch TON in the third quarter of 2019. The TON network will supposedly host decentralized applications, similar to the Ethereum network.

The eventual release of TON has been highly anticipated in the crypto and blockchain communities, as Telegram — which boasts over 200 million users — raised $1.7 billion in two initial coin offerings last year.

Telegram reportedly launched a private beta testing of the TON blockchain to a limited number of global developers in April. While testing did not provide any specific outcomes, two anonymous testers revealed that the TON Blockchain demonstrated an “extremely high transaction speed.”